Some Thoughts on Eastern Orthodoxy in the West

Source: ORTHODOXYMORON
Whenever people think of spirituality and mysticism, the last thing people think about is Christianity, because they think of a Christianity that has been stripped of these gifts and characteristics, but they will find it in abundance in the Eastern Orthodox Church.
Archimandrite Vassilios Papavassiliou | 30 January 2015 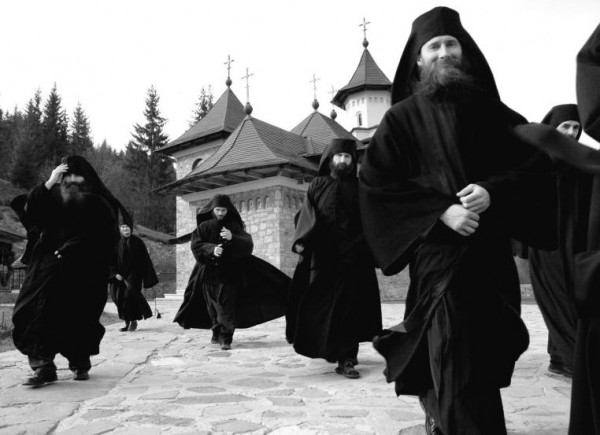 An English Orthodox priest once raised concern about my use of the term ‘Eastern Orthodox’. The reason for the complaint was “We should not give credence to the idea that Orthodoxy is something ‘exotic’ and ‘foreign’.” The first thing I thought was, “What’s wrong with being exotic and foreign?”. The second thing I thought was, “Eastern Orthodox” is a very ancient term which I use for three reasons:

1) It includes all the Orthodox, regardless of their cultural and ethnic traditions – Greek, Slav, Arab etc.

2) It helps outsiders to understand that I’m not including the so-called “Oriental Orthodox” churches.

3) It reminds Westerners that Christianity began in the Middle East, not on the shores of Western Europe.

But this issue of terminology, which for me is becoming increasingly tedious, ties in with another matter which I feel many Westerners who embrace Orthodoxy overlook. While there are unquestionably Christians who would feel more at home in an Orthodox Church in which every trace of Eastern culture has been eradicated (something which many of us who have grown up with it would be rather upset about – and why are the sensibilities of Orthodox like me not worth consideration?), there is also a growing number of people in the West turning to Eastern religions. The reason for many of them is that they are looking for spirituality and mysticism, and they do not find it in the ecclesiastical culture of Western Christianity. While their view of spirituality is no doubt flawed and, dare I say, superficial, we should not overlook the fact that an Orthodox Church that appears (albeit outwardly) to be simply more of the same, is not likely to be very interesting. Whenever people think of spirituality and mysticism, the last thing people think about is Christianity, because they think of a Christianity that has been stripped of these gifts and characteristics, but they will find it in abundance in the Eastern Orthodox Church.

I have become increasingly disinterested in trying to make Orthodoxy palatable for people who it seems are not really interested in converting fully and wholeheartedly to Orthodoxy. I do wonder how many Anglicans would have joined the Orthodox Church had the Anglican Communion not ordained women. But while I try to be sensitive to the fact that Eastern Orthodoxy, particularly Greek and Arab churches, can seem very alien to what many English converts are used to, I feel that those who are drawn to Orthodoxy precisely because it is ‘eastern’, ‘exotic’, or whatever you want to call it, are not taken into consideration.

Isn’t it about time that we began to regard the ‘easterness’ of the Eastern Orthodox Church in the West (regardless of our nationalities) as an advantage? I feel that we are the only Church that is both conventional and alternative, both Christian and Eastern. I’m tired of people associating the West with Christianity, and the East with almost every other religion going. Why should we give credence to people’s ignorance? I still can’t get over a brief interogation from a young woman after attending an Orthodox wedding service at my church. Half of it was in English. I must have mentioned Christ at least a dozen times, the sign of the Cross was to be seen throughout the service, not to mention all the icons, the prayers referring to the Mother of God, etc. And yet this woman asked, “Are you Christian then?” When I confirmed this, she asked, “So why do you have a beard?” Admittedly, this gal was probably not too bright, but you see my point: if you look Eastern, you can’t be Christian. And some clergy it seems like to play to this misconception by trying to emulate Western Christians as much as possible – get rid of the beards and replace the cassocks with dog collars, until Eastern Christianity is simply no longer visible in the West. Is it so wrong to be different? Is it not good that people approach us and ask us questions about our Church precisely because we stand out?

Why are we ashamed to be what we are? Is it realistic to expect to find no trace of eastern culture in the same Church that began life in Jerusalem some 2,000 years ago?