To Convert or Not to Convert?

No priestly act is of more far-reaching consequence than a conversion to Orthodoxy. It crucially determines for all time the convert's personal status, his marital rights and restrictions as well as his religious allegiance. If a pledge of unqualified loyalty to the Orthodox Church is subsequently betrayed, the result is disastrous, not least for the priest involved, should he have been guilty of an error of judgement in authorising the conversion on insufficient evidence of sincerity.
| 03 February 2010 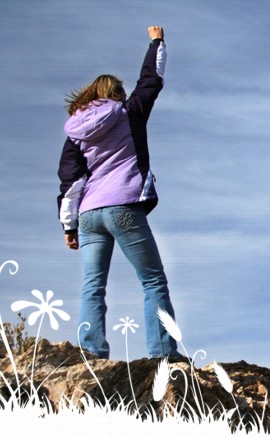 No priestly act is of more far-reaching consequence than a conversion to Orthodoxy. It crucially determines for all time the convert’s personal status, his marital rights and restrictions as well as his religious allegiance. If a pledge of unqualified loyalty to the Orthodox Church is subsequently betrayed, the result is disastrous, not least for the priest involved, should he have been guilty of an error of judgement in authorising the conversion on insufficient evidence of sincerity. In that event, he is bound to feel some personal responsibility and liability for every violation of Canon Law the convert may commit. For only through his act in accepting a non-Orthodox into the Orthodox Church do actions like not attending the Sacraments or not keeping the fast days become grave breaches of Canon Law. Little wonder that many conscientious priests, under the weight of this crushing responsibility, contemplate conversions with extreme, sometimes perhaps excessive, hesitation.

The conditions for becoming an Orthodox Christian are simple enough in definition. A properly qualified catechist, after instructing the candidate, must be satisfied that the candidate is genuinely willing and able to accept the religious discipline of the Orthodox Church without reservation, whereupon the formal act of conversion is carried out, either by baptism where the candidate has not been previously baptised in the name of the Holy Trinity, or by the Sacrament of Holy Chrismation, and the signing. of a letter by which the candidate on the one hand is renouncing his former faith and on the other confessing his Orthodox faith.

Conversion under these conditions is open to any person, irrespective of race, colour or previous creed. A person so converted then has all the rights and obligations of any Orthodox Christian. Strictly speaking, the actual conversion from any faith (or none) to Orthodoxy is of course carried out by the proselyte himself. The desire to become an Orthodox Christian is brought about by radical changes inside a person’s heart determining all his future loyalties, his thinking, feelings and actions, the mould of his very personality.

A conversion is the most delicate heart operation to which a person.could ever submit, and the onus rests on the candidate to prove that he is adequately prepared to undergo such an operation. Some may complete the requisite preparation in intensive study and environmental experience in a matter of months; others lacking in determination or opportunity, may never be ready even after years of fruitless effort.

How long this process takes is determined by the candidate not the priest. The ultimate test is certainly not the candidate’s love for an Orthodox party he or she seeks to marry. On the contrary, such an ulterior motive will militate against accepting the application.

The criterion is the love of Orthodoxy, generated by such thorough familiarity and fascination with the Orthodox way of life as to render all sacrifices and obstacles. Only if this love and belief in Orthodoxy, in theory and practice, transcends any other love and loyalty, are the conditions for admission truly fulfilled. But why are these conditions so rigid and demanding?

Almost every candidate (and many Greek Orthodox) question their justice with the seemingly plausible argument: why should so much more be expected of a convert than most Orthodox are prepared to do for their Orthodoxy? Why should converts be more punctilious in their religious observance than are the majority of Orthodox?

To begin with, we have no special interest in swelling our number by conversions. As Orthodox Christians we have a spiritual task and duty to perform so numbers are relatively immaterial to the success of our mission on earth. True proselytes are welcome, but converts of questionable loyalty attenuate rather than consolidate our strength.

Moreover, a conversion is a religious naturalisation. Even for a civil naturalisation – though effecting infinitely less significantly the innermost belief, the whole personality and the daily routine of the life of the applicant – certain rigid requirements are universally accepted.

For the grant of citizenship, countries usually required a period of at least two years, fluency in the vernacular, and certainly ready submission to all the laws of the land. Any alien declaring his readiness to observe all the country’s laws except one would be refused his naturalisation, and it would not help him to argue that there are many native citizens who also sometimes transgress one regulation or another. In these matters it is all or nothing.

Yet when would-be converts are told that it may take two years or more to gain the required knowledge and religious atmosphere (which even those Orthodox who were baptised at birth must cultivate through years of religious education, plus living in an Orthodox Christian environment from birth), that they are expected to have some familiarity with the Greek language, and that they must undertake to observe the Canon Law of the Orthodox Church, they argue, often amid a chorus of popular Greek applause, why should we have to meet requirements which so many Greeks fall short of?

It would be of little avail to an applicant for Australian citizenship to resort to a similar argument. The incontestable answer would be that anyone born of Australian parents – whether good, bad or indifferent, whether he knows English and abides by the law or not – is Australian. Even a criminal’s citizenship cannot be disowned. But if a foreigner wants to become Australian, every effort may and must be made to ensure that he will prove a law-abiding citizen, an asset and not a liability. Likewise parents must accept their natural child, healthy or crippled, upright or delinquent.

But in adopting a child, they are free to choose, entitled to take all reasonable precautions to make sure that the child will be a source of pride and joy to them. Surely the arguments in favour of similar safeguards in admitting persons to the Orthodox faith and people are no less compelling or convincing.

Within these general principles, there is of course a degree of variation. Since the assessment of a candidate’s sincerity and the inadequacy of his preparation is subject to a human estimation, there is bound to be a subjective factor in any such judgment. One priest may be more credulous, another more suspicious in accepting a declaration of submission to Orthodoxy. Diverse local conditions, too, may have an important bearing on the decision to admit proselytes.

In Greece, for instance, where all converts will certainly live in an Orthodox environment, learn Greek, send their children to Greek schools where religion is taught, and observe the Orthodox calendar – at least in great measure – and where there is hardly any opportunity of becoming integrated into non-Orthodox society, it is obviously far easier to accept converts than in the Diaspora where these conditions do not exist.

Naturally, the circumstances prompting an application will invariably be taken into account. A woman who wants to become an Orthodox Christian because she has fallen in love with a Greek, seeking to change her religion almost like one changes a passport on being married, will find far less sympathy than parents who wish to convert an adopted non-Orthodox child because they could find no Orthodox child.

Extreme compassion will also be shown in cases of non-Orthodox children from mixed marriages. But these are clearly exceptions. As a rule, it will be found that anyone prepared to change his religion neither had a deep religious allegiance before the change nor will have one after the change. Those who can be, and are, admitted to the Orthodox Church indeed turn out to be rather exceptional people.

True proselytes live up to the qualifications so concisely expressed by the most famous of them all, when Ruth the Moabite pledged:

“Where you go, I will go; and where you lodge for the night, I will lodge”

– sharing the life of the people she converted to;

“your people will be my people”

– joining the togetherness of the people she converted to;

“and your God will be my God”

– serving as a witness to religious commitments

– defending the beliefs and practices even to the grave.

Anyone prepared to follow Ruth’s example of total loyalty will be accepted into the Orthodox faith with open arms. But in the absence of such candidates, we should occupy ourselves with the challenge to convert should-be Greek Orthodox, rather than would-be Greek-Orthodox, to Orthodoxy.