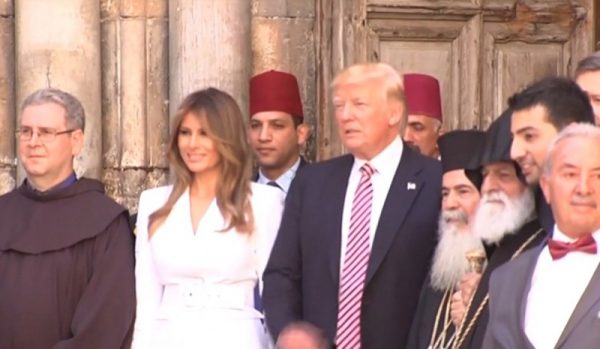 US President Donald Trump visited the Church of the Holy Sepulchre in Jerusalem on Monday.

Representatives of the Catholic, Armenian and Greek-Orthodox church met the president.

President Donald Trump also paid his respects at the Western Wall, the holiest place where Jews can pray, AP reports.

Trump is on his first visit to Israel as president.