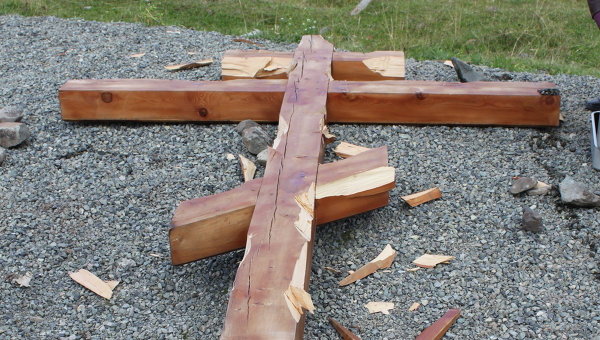 Officials in Pervomaiskoye told a local news portal that they would replace the crosses at the entrance to the village in the near future.

“The village’s residents were outraged that someone dared to destroy a symbol of the Orthodox faith,” the head of the village administration said.