Source: Breitbart
The future of Christians in the Middle East is at stake.
KATIE GORKA | 03 May 2014
A growing number of Syrian Christian leaders are traveling to the United States to plead with lawmakers to stop sending arms to the rebels. The most recent visitor is the Patriarch of the Church of Antioch, His Beatitude Gregorios III, who is based in Damascus. 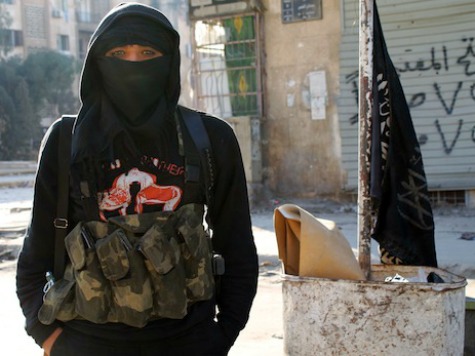 For the first three years of the civil war, Syria’s Christian leaders have not been frequent visitors to the U.S., in part fearing reprisals when they return to Syria, but also because they have been reluctant to engage in what they see as political issues. But with the civil war now in its fourth year, they are taking a more public stance. Visiting Washington, D.C., in January of this year to speak about the war, Bishop Armash Nalbandian, primate of the Armenian Church of Damascus, said that after he witnessed the bombing of the St. John of Damascus School, which killed nine children, he did not care anymore about his own safety. He said he will now do and say anything to help end the war.

But speaking out against the war puts church leaders in a difficult position. They want to protect their congregations and their nation, but they then face accusations of supporting the Assad regime. His Beatitude Gregorios said, “Everybody asks me, ‘Are you for or against the regime?’ I tell them, I am not for or against the regime; I am not for or against the opposition. I am for stability.” The complaint that many in Syria now have is that while Assad is far from an ideal ruler, they fear more what would follow in the wake of his downfall. The Patriarch continued,“ All the churches in the Middle East are saying the same thing: ‘We want stability, but Europe and the United States are ignoring us.’”

With foreign fighters flooding into Syria, concerns about worsening chaos and escalating violence are not unreasonable. An estimated 130,000 people have been killed so far in the Syrian civil war, more than 2.5 million Syrians have fled the country, and an estimated 6 million are internally displaced. In April, another Armenian Christian school was bombed in Damascus, and on Tuesday, the extremist group Islamic State of Iraq and the Levant (ISIL) announced it had killed two prisoners by crucifixion.

The conflict in Syria is capturing the imagination of Islamic extremists in much the same way the wars in Bosnia and Afghanistan did. According to a report issued by the Indonesia-based Institute for Policy Analysis of Conflict:

Islamic eschatology predicts that the final battle at the end of time will take place in Sham, the region sometimes called Greater Syria or the Levant, encompassing Syria, Jordan, Lebanon, Palestine, and Israel. Indeed, within some extremist circles, the Syrian conflict is known as the ‘one-way ticket jihad’ because anyone [who] goes there to fight will be able to stay and see Islam’s final victory.

That may help explain why Syria has attracted an estimated 13,000 – 15,000 foreign fighters, according to the Meir Amit Intelligence and Information Center in Tel Aviv.

Syria, Iraq, Egypt and areas of the Holy Land are still oozing tears. The Bishop of Rome will not be at peace for as long as there are still men and women of every religion, who have been robbed of their dignity and deprived of a future and all the basic things they need to survive and forced to become refugees and asylum seekers. Today, together with the pastors of the Churches of the East, we appeal for everyone’s right to a dignified life and to freely profess their faith be respected. We should never resign ourselves to thinking of the Middle East without the Christians, who for two thousand years confess the name of Jesus, as full citizens in social, cultural and religious life of the nations to which they belong.

According to Patriarch Gregorios, any future for Christians in the Middle East requires that Muslims and Christians continue to live together side by side. “The future of the dialogue between Christianity and Islam is at stake in Syria,” he said. But the growing presence of extremists is making that dialogue nearly impossible, and the fact that the United States is providing arms to rebel groups, which, in turn, end up in the hands of Muslim extremists also works against dialogue.

The civil war in Syria also has growing security implications for the United States. Jeh Johnson, who became Secretary of Homeland Security in December, told ABC News this week, “Syria has become a matter of homeland security, and we are very concerned about Syrian foreign fighters, people who are going into Syria, who are being recruited by extremists there and who then may leave Syria with a different purpose in mind.” Foreign fighters are training and fighting alongside the AQ affiliate, the al-Nusra Front, and the Islamic State of Iraq and Sham (ISIS), and the fear is that when they return home to Europe and the United States, they will bring their skills and extremism with them.

According to Ken Dilanian, writing in the L.A. Times, John Brennan, director of the CIA, expressed similar apprehensions before a House panel: “We are concerned about the use of Syrian territory by the Al Qaeda organization to recruit individuals and develop the capability to be able not just to carry out attacks inside of Syria, but also to use Syria as a launching pad.”

Last week, the British government launched a national campaign aimed at families of would-be fighters, encouraging them to intervene and to dissuade their young men from traveling to fight in Syria. An estimated 400 British citizens have gone to fight in Syria, while an estimated 50 American citizens have gone there as jihadis. Dilanian noted, “James B. Comey, the FBI director, has said counter-terrorism officials are trying to track U.S. veterans of the Syrian war who have returned home.”

Patriarch Gregorios said during his visit to Washington that the voice of the church now needs to be heard. Given the failure of the policies that have been tried thus far, perhaps his advice should be heeded.

Katharine C. Gorka is president of the Council on Global Security and contributing Co-Editor of Fighting the Ideological War – Winning Strategies from Communism to Islamism.