BRUSSELS, BELGIUM (Catholic Online) – By a vote of 50-17, the Belgian Senate approved a law that would permit the euthanasia of children with disabilities. Current law allows euthanasia of citizens, but they must be 18 before the procedure can be carried out. 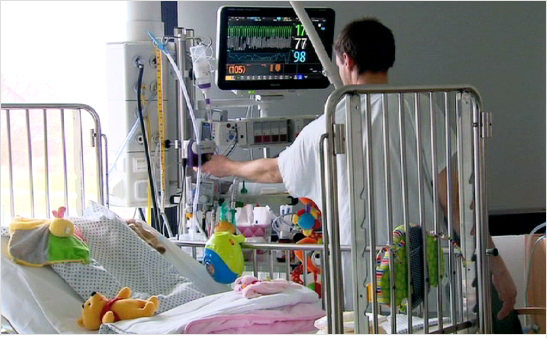 The law is part of the current government’s push to end the lives, and therefore suffering and moreover expense of people who have disabilities or dementia.

The moral and religious implications of an active euthanasia policy are obvious.

What isn’t being discussed is the increasing creep of these laws as well as their abuse.

Initial euthanasia laws were narrowly tailored and restrictive. Once euthanasia in extreme cases became publicly accepted, even popular, its use was expanded. The definition of suffering also became elastic. Earlier this year, a woman who underwent  a failed procedure to craft a penis as part of a sex-change procedure, committed suicide by euthanasia, citing “incurable suffering.” Other than a botched sex-change operation and obvious, but treatable mental issues, the woman had no illness or issue that could not have been resolved through proper attention.

Critics of the Belgian euthanasia program are also alleging that the practice is becoming habitual with doctors and even unauthorized nurses turning to it either because patients request it, or more seriously, to cover up failed medical procedures.

As many as half of the euthinizations in Belgium may not even be reported.

There are also accusations of psychiatrists abusing patients and pushing them to euthanasia to cover their malpractice. At least one case has surfaced where the psychiatrist was sexually abusing a patient who resorted to euthanasia. In another case, a pair of deaf, but otherwise healthy twins chose to commit suicide because one of them was possibly going blind and neither wanted to be blind or separated.

Now, parents who may not wish to deal with the challenges of a disabled child may have their child legally killed by euthanasia, and at any age up to 18.

It is difficult to put the genie back into the bottle, once it is released. Now, thousands of children will have to contend with the horrific possibility of euthanasia at the hands of their parents, should they develop cancer or another significant chronic illness.

It should be mentioned that Nazi Germany conducted a program in which the elderly, retarded, sick, and disabled were ordered killed. By the end of WWII, those designated as juvenile delinquents were also murdered under the law. Methods of killing involved injection, gas chambers, and even guillotine. About 275,000 people were killed by these means. The program, known as the T4 program, became the template for the mass murder of the Jews during the Holocaust. Ironically, even by Nazi standards, it was considered controversial at the time and was often resisted forcing the Nazis to conduct many of the killings in secret.

In Belgium, the secret killings are already well underway. The law is intended to catch up.