Vatican diplomat: over 100,000 Christians killed each year because of their faith 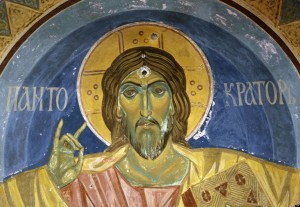 The Holy See’s chief diplomat at UN offices in Geneva has told the UN Human Rights Council that over 100,000 Christians are killed each year because of their faith.

“The serious violations of the right to freedom of religion in general and the recent continuing discrimination and systematic attacks inflicted on some Christian communities in particular, deeply concern the Holy See and many democratic governments whose population embrace various religious and cultural traditions,” said Archbishop Silvano Tomasi.

“Credible research has reached the shocking conclusion that an estimate of more than 100,000 Christians are violently killed because of some relation to their faith every year,” he continued. “Other Christians and other believers are subjected to forced displacement, to the destruction of their places of worship, to rape and to the abduction of their leaders.”

“Several of these acts have been perpetrated in parts of the Middle East, Africa and Asia, the fruit of bigotry, intolerance, terrorism and some exclusionary laws,” Archbishop Tomasi added. “In addition, in some Western countries where historically the Christian presence has been an integral part of society, a trend emerges that tends to marginalize Christianity in public life, ignore historic and social contributions and even restrict the ability of faith communities to carry out social charitable services.”