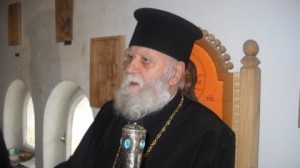 The Holy Synod of the Bulgarian Orthodox Church elected Wednesday, after a 2-hour emergency sitting, Vratsa metropolitan Kalinik as interim metropolitan of Varna and Veliki Preslav.

Kalinik is to temporarily replace the late Varna metropolitan Kiril whose body was discovered on a beach in the exurban area of Trakata near Varna on Tuesday.

Kalinik will assume the post after the traditional for the Eastern Orthodox 40 days of respect for the deceased.

He was born Dimitar Alexandrov in 1931 in the village of Maglizh near the central town of Kazanlak. He is a graduate of the Theology Academy in Sofia and in 1960 became monk under the name of Kalinik.

In 2012, he was one of the 11 out of the total of 15 metropolitans exposed as former agents of State Security (DS) the Bulgarian secret service during the Communist dictatorship (1944-1989). He started working for the State Security in 1968 under the aliases of Rilski and Velko. In 1970, he became abbot of Rila Monastery; a bishopin 1971, and shortly after – the metropolitan of Vratsa.

He asked for forgiveness for his affiliation with the Communist services, saying he never spied and/or reported on anyone and became agent to be in synchrony with the State and the wellbeing of Bulgarians.

Elections for permanent Varna metropolitan are to be held within a 3-month deadline. Two bishops’ nominations would be presented to the Holy Synod, which is to make the final choice.

Three metropolitan posts are at stake – the one in Ruse of Neofit who was elected patriarch of the Bulgarian Orthodox Church after patriarch Maxim passed away last year; the one of the metropolitan of Western Europe after Simeon withdrew for health reasons, and since Tuesday – the one in Varna.

Kiril is to be buried in Varna on Thursday.

A black cloth is displayed on the Holy Synod headquarters in downtown Sofia and increased police presence is reported in the area.

Most viewed articles
Seven Lessons for the New Year from St. Seraphim of Sarov208
The Perfectionist114
New Jersey Governor Signs Bill Legalizing Abortion Up To Moment of Birth91
The Way of Christ Is The Way of Love57
140th anniversary of repose of St Antipas the Athonite of Calapodești celebrated in Roman56
Metropolitan Hilarion Celebrates the 20th Anniversary of His Episcopal Consecration52
A Great Time to Join the Orthodox Church18
1
Sunday of the Samaritan Woman1
How We Worship: the Struggle of the American Experience1
Most popular authors
Priest Luke A. Veronis208
Protopresbyter Themistoklis Mourtzanos114
Ryan Foley91
Fr. Theodore Stylianopoulos57
Aurelian Iftimiu56
Pravmir.com team52
Frederica Matthewes-Green18