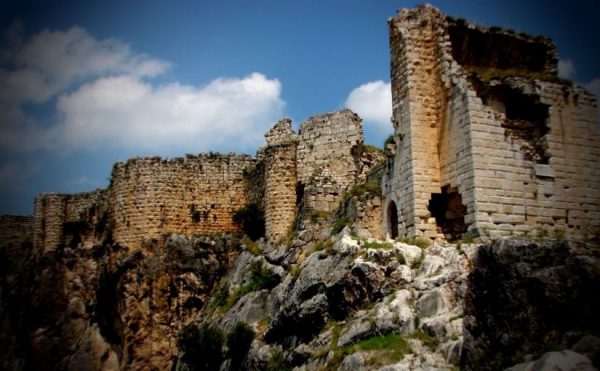 There is a beautiful story from the early church regarding the Apostle John, first written down by Clement of Alexandria (150-215 AD).  Near the end of his life, John was the overseer of many churches in the region near Ephesus.  At one particular church, he met a young man who was tall, strong, and handsome.  John saw potential in him even though he had not yet joined the church and requested the local bishop especially watch over this youth.

‘This one’, John said, ‘I commit to you in all earnestness in the presence of the Church and with Christ as witness.’

The bishop accepted the responsibility, and after John departed to go back to Ephesus, the bishop took the young man home, reared him, kept him, cherished him, and finally baptized him. After this he relaxed his stricter care and watchfulness, with the idea that in putting upon him the seal of the Lord (chrismation), he had given the young man a perfect protection.

But some other youths of a similar age, who were idle, dissolute, and frequent trouble makers, corrupted the boy when he was prematurely given freedom by the bishop. At first they enticed him by costly entertainments; then, when they went forth at night for robbery, they took him with them, and finally they demanded that he should unite with them in some greater crime.

He gradually became accustomed to such practices, and on account of the vitality of his character, he took the bit in his teeth like a hard-mouthed and powerful horse, rushing even more violently down into the depths.

After some time had passed, he felt God would not take him back and that his chance for salvation was lost.  Therefore, he no longer dabbled in petty crimes and robberies, but committed some great crime, since he was now lost once for all, and he expected to suffer a fate like any other criminal. Forming a band of robbers, he became a bold bandit-chief, the most violent, most bloody, most cruel of them all.

More time passed, and some necessity having arisen, the local church sent for John. After setting aright the matters which had brought him to their city, John said, ‘Come, O bishop, restore us the deposit which both I and Christ committed to you, this very church being witness.’

But the bishop was confused, thinking that he was being falsely charged in regard to money which he had not received.  He could neither believe the false accusation respecting something he did not have, nor could he disbelieve John. But then John clarified, ‘I demand the young man, the soul of our brother.’

The old bishop, groaning deeply and at the same time bursting into tears, said, ‘He is dead.’

‘How and what kind of death?’ asked John.

‘He is dead to God,’ he said; ‘for he turned wicked and abandoned us. And now, instead of the church, he haunts the mountain with a band of robbers like himself.’

The Apostle John rent his clothes, and beating his head with great lamentation, said, ‘A fine guardian I left for a brother’s soul! But let a horse be brought me, and let someone show me the way.’

He immediately rode away from the church just as he was, and coming to the mountain, he was taken prisoner by the robbers’ guards.  He, however, made no attempt to escape their clasp, but cried out, ‘For this did I come; lead me to your captain.’

The latter, meanwhile, was waiting, armed as he was. But when he recognized John approaching, he turned in shame to flee.

But John, forgetting his age (he was probably in his 80’s by then), pursued him with all his might, crying out, ‘Why, my son, do you flee from me, your own father, who is old and unarmed? Pity me, my son; fear not; you still have hope for life. I will give account to Christ for you. If need be, I will willingly endure your death as the Lord suffered death for us. For you I will give up my life. Stop!  Believe! Christ has sent me!’

And the young man, when he heard, stopped and looked down.  Then he threw away his weapons, trembled, and wept bitterly. When John caught up with him, he embraced him.  The young man confessed his sin with great lamentations, baptizing himself a second time with tears, all the while concealing his right hand which had been used to shed so much blood.

But John pledged and assured the young man that he would find forgiveness with the Saviour.  Falling upon his knees, John kissed the boy’s right hand itself, now purified by repentance, and led him back to the church. And making intercession for him with copious prayers, and struggling together with him in continual fasting, he did not depart until he had restored him to the church, furnishing a great example of true repentance and a great proof of regeneration, a trophy of a visible resurrection.

This story was adapted from an old translation in the public domain, with several language updates made by me.  I think much is lost on the modern reader.  This story would have been borderline scandalous in ancient times.  Why?  In the early days of the church, one had to be 100% committed to Christian morality and living the Christian life.  Any major sins got people kicked out of the church, sometimes permanently.  The young man in this story knew that and that is why he thought he was too far gone.  For these people who were excommunicated, the church never condemned them to hell, but said that the sinner would have to be judged by God.  There was some fear among the Christians that loosening up on morality and showing people lenience would result in a total moral decay of Christians.  The debate regarding whether or not the church should bring back “sinners” raged during the third century.  Fortunately, it was decided that the church would be a hospital for the spiritually sick rather than a club for the spiritually elite.