What Does Church Think of Revolution? 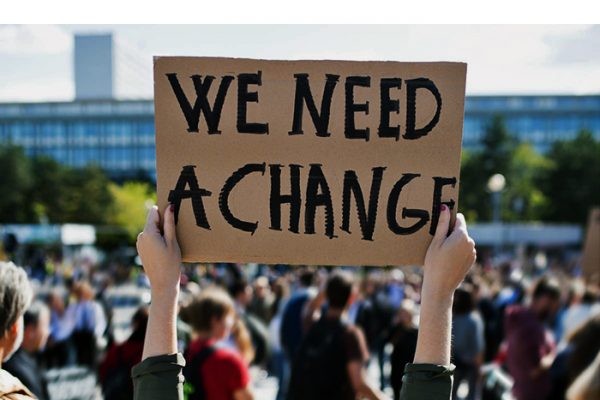 In today’s Christianity – especially among some Catholics and Protestants of the West – there is a long-established tendency to equate the mission of the Church, which is to lead the people to Jesus Christ, to social activism alone.

Gradually, the advocates of this position are moving ever closer to sharing the conceptions of a so-called ‘social justice’ espoused by many on the far left. Some church leaders have even adopted in their speeches a revolutionary rhetoric.

Recently, one Catholic hierarch said in his Sunday sermon: “Lent is experienced everywhere where people are rising up to defend their human dignity, the dignity of life and of liberty.” “Why is this a problem?” one might ask. Is it wrong to defend one’s dignity and freedom?

There is nothing wrong with this in principle, but the choice of the tools for such ‘defence’ may indeed be problematic. The hierarch spoke of the Pascha, the resurrection of Our Lord Jesus Christ and His victory over death. What could be more sacred to a Christian? As it turns our, some self-proclaimed Christians may believe that ‘rising up for one’s dignity’ is almost equal in significance to the Resurrection of the Lord.

In fact, nearly all insurgencies and revolutions are made in the name of ‘liberty, equality, fraternity’, ‘liberation’ or ‘dignity’. But let us be honest – all of them with very rare exceptions have resulted in a lot of blood shedding and numerous victims, started bitter civil and world wars, and brought scarcity and untold suffering on millions of people. In this part of the world, the scores of new Christian martyrs is good evidence of this truth.

Oftentimes, the people who had brought down a government that they thought they could no longer tolerate, have had to submit to the rule of even worse tyrants and oppressors.

So how should we respond to injustice in this world?

The Church teaches that worldly injustices are the consequence of the fall from grace, and the world will continue to be reigned by sin until the end of times. Liberation from the shackles of sin for a new life of purity without the pains and the injustices is only possible by repenting and by accepting Christ. In this earthly life, no-one can escape adversity and pain. Therefore, all attempts to create a heaven on earth are doomed to failure from the beginning.

Nevertheless, the struggle for the affirmation of rights, dignity and justice is a fashion which some Western Christians are intent on following in an attempt to keep pace with the changing world. A whole theology of liberation has been born within Catholicism, which many leaders are presenting as a kind of ‘Christian Socialism’. Some of them even see Christ as the world’s first revolutionary.

In fact, these conceptions are the opposite of Christ’s teachings.

Let us recall why the Jews of Jerusalem who welcomed Christ with so much fanfare at His entry to Jerusalem, later denounced him and demanded His crucifixion. They acted in this way because Christ had refused to be the Messiah they were dreaming of. Their dream was to raise a rebellion against the power of the Roman Empire, and ultimately to rule the world. But Christ was not challenging Rome’s power on principle. He taught that His Kingdom was ‘not of this world’. He was preaching love and repentance, to the disillusionment and disdain of the first-century Jewish revolutionaries.

Admittedly, the Church has worked hard throughout its history to ease the plight of the dispossessed and the tormented. But above all else, it has always led the people towards God and His Heavenly Kingdom, a place where “all sickness, sighing, and sorrow have fled away,” to quote a well-known prayer.  Care for the needy, including almsgiving, is an important part of the Church’s ministry on this earth, but reducing all its ministry to such work would mean to neglect the most important part of its mission.

Speaking of revolutions, it is inconceivable for the Church to lead any of them without ceasing to be what it is. No revolution for whatever causes – even the most righteous and Christian ones – can overcome sin and its worldly consequences.