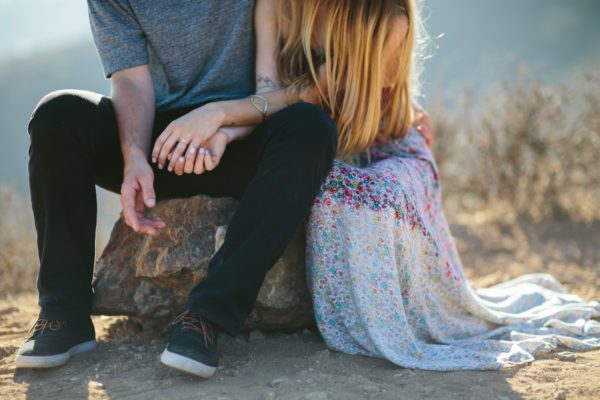 These are all topics that are essential, and yet few seem to write about them. These brief notes are presented in the above order because if they were presented in any other order, it would mean that there are problems. This is the logical order.

The human heart can be compared to a radio station. Each radio station works on a certain frequency and is picked up only by a radio that works on the same frequency. With human-beings there are millions of frequencies. Falling in love simply means being on the same frequency. What then is falling out of love? It happens when one or the other of the couple changes frequencies. And that happens when we are first immature and then become mature. Hence the importance of marrying when we are mature. And maturity is often, but not always, a question of age. Some people are mature at 16, others still not mature at 50. Yes, there is such a thing as ‘love at first sight’. But be careful because there is also such a thing as ‘infatuation at first sight’.

Infatuation, ‘having a crush on someone’ in American, is to confuse love with mere feelings, emotions, sentimentalism, what is called ‘puppy love’. Thus, the teenage boy says after five minutes of meeting her: ‘I love her’. But a week later he feels the same about another girl. How do you know the difference? Love lasts and is prepared to make real and long-term sacrifices. At the end of romantic films, they put the words ‘The End’. They should not. They should put the words: ‘The Beginning’.

How do you know the difference between love and infatuation? Two things: Firstly, love is happy to sacrifice. Secondly, love loves even the faults of the other. If you cannot stand the faults of the other, do not marry them. And if you do not know that the other has faults, it is time to get real. As another old proverb says: ‘Love is blind, but marriage is sighted’. Solution: Get sight before you get married.

There is another English proverb which says that ‘Marriage is made in heaven’. True, but ‘Marriage is built on earth’. It is amazing how many couples do not discuss essentials before they get married. In any marriage, someone must provide money, buy furniture, do the shopping, cook, clean, spend spare time etc. This must be discussed before you get married. Moreover, in most marriages, there will sooner or later be children. Who is going to pay for them, look after them, feed them, bring them up, take them to school? This must be discussed before ever you get married. This way you will soon find out if you love each other or are merely infatuated with each other.

Marriage is made of compromises. In English this is called ‘give and take’. The French have an even better expression: ‘give and give’. That is how marriage works. Selfish people MUST not get married. They are unfit for marriage and even more unfit to have children. Some people ask who is the boss in a married couple? The answer is in yet another old proverb: ‘The husband is the head, but the wife is the neck’. And that is how it works. Anything else does not work! I can assure you.

If you love each other, you will desire each other physically. Now, the sex drive of most men is much higher than in most women (though there are exceptions). Here there is danger. It is one of the oldest stories in the world for a man to lie and say ‘I love you’, when all he wants is sex. Having got her pregnant, he then disappears. Of course, there are also young women who get pregnant, thinking that they have trapped a man. They also end up as single mothers. To be a single mother is no joke. It generally means to be poor. Be warned.

The old way was to catch your man first and then get pregnant. It makes sense because a child (and that is sooner or later the result of sex) needs two parents, male and female, as everybody used to know before common sense was abandoned. Not just for male and female role models, but because money is needed for children and someone must be a provider and someone must be a carer. Whatever the situation, there will be a period, however short, when a mother cannot work and get income because the baby needs intense care.

Some young couples ask: How often can we have sexual relations? The answer is always different. Some new young couples initially have and want relations several times a day. That soon changes into several times a week, then it becomes several times a month and, with age, that can change into several times a year. This is a matter for the couple. But the wife should know that her husband generally needs relations more often than her and it is her duty to provide them. A wife who refuses her husband constantly can lose him. There are always other women out there. But the husband must also know that sometimes his wife cannot have or else does not want relations. He must be reasonable. Biological need should never decide the frequency of relations. It is love that should decide that.

The fact is that 99.9% of Orthodox couples do use some form of non-abortive contraception (abortion is an absolute no) at some point in their marriage. And the Church turns a blind eye to this use of contraception because we know that this is a lesser evil. A lesser evil? Yes, because most couples cannot have and bring up 20 children in modern conditions. And some women will die if they have more than a certain number of children. And some men will abandon their wives and some women will abandon their children, if they have more children than can cope with. We have seen it. It is a reality. Contraception nowadays is a lesser evil. Not the ideal, but real. It is generally not so hard to have children, but to bring them up….

As regards marital abstention during the fasts, this is such a delicate matter that it can even become dangerous. Younger coupled should not try it. In any case, as the Apostle Paul says, it is always a voluntary matter and by mutual consent. We know one case of a woman who imposed it on her husband. The result was that she destroyed her marriage. If in doubt, the couple should speak to their priest.

Church divorce, or rather annulment, exists. And it happens. There are men who turn to drink. There are men who are violent and beat their wives or else are abusive. There are men and women who are unfaithful to each other. Every case is different. The fact is that there are cases where it is better for a couple to divorce than to continue in a relationship than brings more bad than good. If only for the children’s sake.