So, what’s your line when someone asks about your faith? It’s usually the follow-up question that’s difficult for us. The first question is often “Are you a Christian?” The second question – what kind? People aren’t satisfied these days with just accepting that a person is Christian. Even people in so-called non-denominational Churches often ask a follow-up question like “Are you a “born-again” Christian or a “spirit-filled” Christian, or a “Bible-believing” Christian.
Fr. John Finley | 27 July 2010

Source: The Antiochian Diocese of Los Angeles and the West

Do you remember the old TV show “What’s my line?” A panel would have to select from a field of three individuals, who was the real person named and who were the two imposters. The first person would say something like this: “Hi, my name is John Smith and I am the first person to sky dive from 15,000 feet.” The next two people would say the same thing and the objective of the panel was to determine, through a series of questions, who was the real John Smith.

In our day and time, we have so many different groups claiming to be Christians that it is difficult to stand up and say, “Hi, I’m John Smith and I am a Christian.” People want to label us. Denominationalism is just that, an “ism”, a disease, a bad habit and finally a new identity that may or may not resemble the real thing. 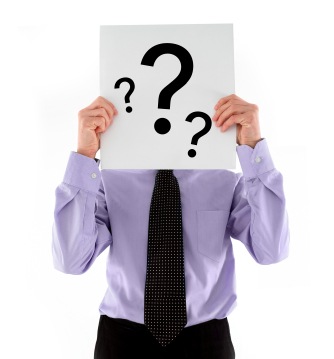 So, what’s your line when someone asks about your faith? It’s usually the follow-up question that’s difficult for us. The first question is often “Are you a Christian?” The second question – what kind? People aren’t satisfied these days with just accepting that a person is Christian. Even people in so-called non-denominational Churches often ask a follow-up question like “Are you a “born-again” Christian or a “spirit-filled” Christian, or a “Bible-believing” Christian.

People ask, “What kind of Christian are you?” I had a guy ask me once, “What flavor?” I hate that! Can’t we just be Christians?

When people ask me what Church I’m with, I often say, “The Orthodox Church”. Many people respond, “Is that like Greek Orthodox or Russian Orthodox?” I used to get excited when people asked that, until I discovered most people haven’t the foggiest notion what that means. I’ve told people I’m Orthodox, talked about the New Testament, Church History, the Ecumenical Councils, the difference between the Roman Church and ours, all to be asked about 10 to 15 minutes into the conversation, “Now, Orthodox…is that Jewish?” People aren’t listening. People don’t know.

I’ve heard people say, “I’m not Catholic, I’m Christian.” Wow! People ask me, are you Catholic? How would you respond to that question? I tell people, “Yes, but not Roman.” That confuses most people. Honestly, I want to confuse them. I want to make them think “How can you be Catholic, but not Roman?” Catholic is a good word, you know. It’s the name of our Church – the one, holy, catholic and apostolic Church. That’s the Church we profess belief in when we recite the Nicene Creed.

From a missionary perspective, I don’t believe we are going to be very effective simply growing the Church by getting people to switch brands. Most Christians in this country still have a mindset bent towards escaping denominationalism. Quite frankly, so do I. They think they have escaped it by jumping into the non-denomination milieu of churches that make up a large portion of the religious landscape in our country. However, I don’t believe we can really escape denominationalism until we return to the pre-denominational Church, the one, holy, catholic and apostolic Church.

Let me ask a question, are we calling people home to the one, holy, catholic and apostolic Church or are we calling people to a better brand called, “Orthodoxy”. I told a friend recently, “I could care less about being Orthodox, unless there is a controversy about the faith; then, I’m Orthodox, meaning that I have aligned myself with the Bishops who have preserved the faith once for all delivered to the saints.”

So, what’s your line? What are you going to say to the next person who asks you about your faith? Let’s introduce people to the Savior, then to the one, holy, Catholic and Apostolic Church and finally, to the Orthodox Faith as it has been defined by the Ecumenical Councils of the Church. I think people will respond better, if we “hold our cards”, so to speak, and gradually introduce them to the Orthodox Faith in terms of believing that which has been believed everywhere, always and by all.

"Bring all the tithes into the storehouse, that there may be food in My house, and try Me now…