One of the big questions we face as Greek-Americans and Christians is, how do we live with religious differences, especially in a time when many religions are growing around the world and are often intensely tribal and divisive? Faith traditions can be fiercely particular. Often the more committed you are to a religion, the harder it is to compromise. Is there room in God’s heart, and in our hearts, for people of other faiths?
| 10 January 2010

America, has become the most religiously diverse nation in the world. There are more Muslim Americans than there are Orthodox Christians by far, more Muslims than Jews. Los Angeles, according to Harvard scholar Diana Eck, is the most complex Buddhist city in the world. You can now spot Hindu temples and Muslim mosques dotting the metropolitan D.C. landscape.

One of the big questions we face as Greek-Americans and Christians is, how do we live with religious differences, especially in a time when many religions are growing around the world and are often intensely tribal and divisive? Faith traditions can be fiercely particular. Often the more committed you are to a religion, the harder it is to compromise. Is there room in God’s heart, and in our hearts, for people of other faiths?

This question of inter-religious understanding often surfaces in the most basic of ways. Someone can ask, can people who aren’t Christians be saved? Sometimes it emerges out of concern for friends or relatives who are non-believers or believers in other faiths away from Orthodoxy. Underneath that question is another one—is it possible to recognize in someone of another faith a full human being and a beloved child of God? There are many Orthodox Christians who believe if you don’t accept Jesus as your Lord and Savior and baptized within the Orthodox Tradition you are going to hell, just as other Christian traditions have insisted that only the baptized faithful can ever get to heaven. Given the billions of people across the face of the earth and down through the centuries who are not Christians, the ranks of hell must be filling up fast. 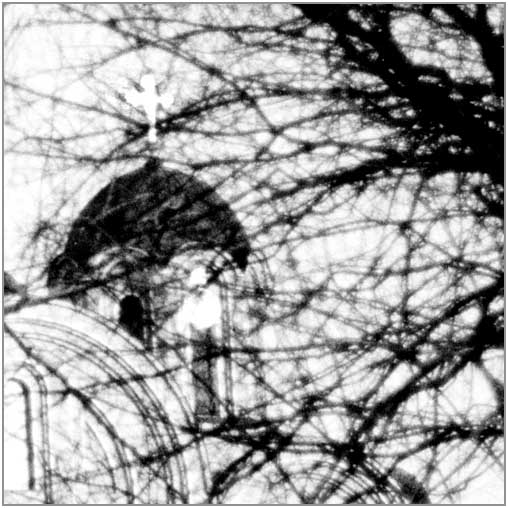 Every Easter season we hear from John’s gospel part of Jesus’ teaching about being the Good Shepherd. It’s one of the oldest and most loved images for the Risen Lord. “I am the good Shepherd,” Jesus says. “I know my own and my own know me…. And I lay down my life for the sheep.” This Risen Lord is active and at work, this passage says, shaping and guiding the lives of his flock, and the flock, of course, consists of his disciples and followers.

But then Jesus throws a curve. “I have other sheep that are not of this fold. I must bring them also, and they will listen to my voice.” God’s love is not limited to just one people, his followers, he seems to be saying.

Scholars cannot comprehend and do not know what Jesus’ words exactly point to. But what’s clear is that this flock is open-ended, not closed. There are always others who belong to the shepherd and in some unimaginable way will find their way into his fold.

From the very early of the Christianity’s establishment, Christians believe that in Christ God was reconciling the whole world. And yet if that meant God was only reconciling Christians, there was a problem.

What became clear to me then was that God is bigger than all our formulas, more mysterious than all our ways of drawing the line. Christianity proclaims a God who is unbounded Love, whose love for everyone is literally beyond our imagining.

The best analogy we have for that has been the love of a father or mother for a child. But what parent would ever choose under any circumstances the eternal suffering of his or her child? How can it be that some people place God on an ethical level lower than what they would expect of any parent?

A parent’s love at its best is endlessly loving and forgiving – even when the parent believes that what the child has done is wrong. Surely God’s is that and more.

What makes us Christians is that we believe that this God who loves everyone everywhere, and has reached out to the human race in every time and place. In Christ we Christians see a God who taken on our flesh, lived, suffered, and died for us, and promises never to leave us. No other religion claims anything like that.

If you glimpse how grand God’s love is, you realize that the question is not who’s in and who’s out, but who knows this love and who doesn’t. The whole human race is in the fold of God’s love. What Christians believe is that we have been privileged to see the depth and breadth of that revealed love of salvation in a one-of-a-kind way. And it’s our duty to tell that story as generously and imaginatively and energetically as we can.

The role of out Orthodox Church is indispensable. That’s where we come to reconnect with that divine love, to be fed by it, to understand it, to find the compassion to live it. Without the church there would be no Christianity. It is our lifeline, and with all its failures, it’s meant to be God’s essential instrument for healing the world.

But what saves us is love. “God is love,” it says in the First Letter of John, “and those who abide in love abide in God, and God abides in them.”

It is a natural Christian hope that people everywhere might come to know the depth of God’s love that we see in Christ. But God’s ways are mysterious. And we must never forget that God has other sheep and other folds and will stop at nothing, now or for all eternity, to lead every human being, in ways we cannot imagine, to know and to grow in this immense love.