Why Should One Fast before the Nativity? 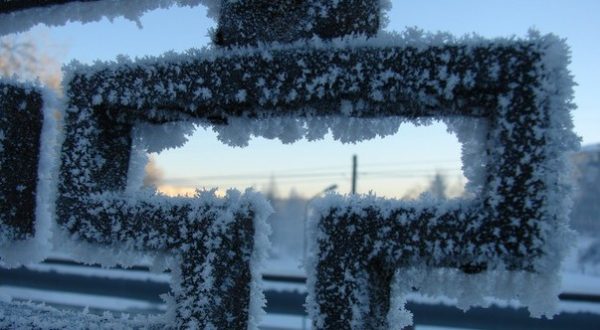 It is the middle of December and it seems that New Year holidays are coming soon – a holiday of joy and light. Expectation of the New Year and the Nativity is always the anticipation of a miracle, presents, good changes… Shops are full of cheerful bustle before the holidays, family and friends will come to visit, offer their wishes and present us with delicious dishes. And in the midst of this fun, the Church tells us year after year that time before Nativity is not for festivities and having fun, but… for fasting. Why? Why should one exhaust oneself by abstinence on the eve of such joyful holiday? What is it for?

Over the centuries, the Church has formed a very interesting practice: the most important days of the Church calendar are in one way or another preceded by fasting. The Nativity is no exception: this holiday is preceded by a forty-day period, which in Orthodoxy begins on November 28 (according to the Julian calendar). What does the Church want to tell us by setting forty days of fasting before the Nativity?

Fasting, including the Nativity fast, is a multifaceted concept. On the one hand, it is time of increased attention to one’s inner world, time of improvement and purification,  time of what is called repentance in Christianity. On the other hand, it is the period of preparation for something very important. In the Bible you can find many examples of how people prepared for fateful and crucial events in their lives by limiting themselves in food and fun, by paying special attention to prayer. And, finally, the third aspect of fasting is the sacrifice to God. It can have different forms. For example, limiting oneself in entertainment, actively engaging in charity, helping those, who need our help. In other words, the sacrifice suggests that we constrain ourselves in something and direct now free resources not to meet our needs, but to give them to God and other people.

The Nativity fast is very old. It dates back to the first centuries of Christianity: it was already known at the beginning of the fourth century. Originally it was called Philip’s fast, because it began on the Apostle Philip’s day (November 28 according to the Julian calendar).

Sometimes we think that joy and fasting are incompatible concepts. Yet it is not so. On the contrary, when a person starts paying attention to their inner world, their soul becomes brighter and life becomes more meaningful. Overcoming our big and small passions, we feel joy of winning them over. Not being rude when taking public transport, forgiving someone, who has offended us, remaining silent if we are provoked for quarrel: do we not feel joy at the moment, when we overcome ourselves? When fasting, a person is called to change in a qualitative manner.

If you do not eat meat, but at the same time do not fight your passions, then fasting will turn into a simple diet. There will be zero benefit from it for the soul.

The joy of the Nativity and fasting that comes before it is the joy of meeting Christ. The Nativity reveals one of the most important truths of Christianity: the truth that God, the Creator of the universe became one of us for salvation of people. He came to our world for victory over death. This is what generations of people had dreamed about: what happened in the cave of Bethlehem. The Nativity fast, the Philip’s fast, the Advent: no matter how the period before the Nativity is called, it prepares us for acceptance of a very important truth: the good news about the Incarnation of God. And if it had not happened, if the Nativity had been either a birth of a simple person or a beautiful myth, then there would have been no Resurrection, no victory over death, no Church itself, as well as no Body of Christ. Finally, most importantly: if there was no Nativity, there would have been no salvation for us! For it happened not only at Calvary or in the garden of Gethsemane. Our salvation from death had already started when Christ was born in a miserable cave on the outskirts of Bethlehem. And it is to Him that a person goes to throughout the whole Nativity fast.

The Nativity of Christ happened for all mankind, Christ is present in every person by His mysterious power, although many do not know this, as the world did not know about His birth from the Virgin in the cave. His birth must also happen in our soul. The soul must experience in itself the cave of Bethlehem, wild passions that torment it like beasts and, having subsided, must make way for meekness and humility <…>. May the Nativity of Christ happen in our heart, for without this birth it will remain deaf, indifferent, and cold. Christ was born, God was incarnated in every person, we are all eucharistic, we all personally partake of the Sacrament of His birth.

Orthodox Japan: To Help Each and Every One