While the external qualities of my Orthodox Faith are most visible to others, my true Orthodox faith resides quietly within me. At Baptism I arrived at the door of Orthodoxy, but the journey continues forever. Whether we are cradle or convert Orthodox, our Chrismation is the beginning of a story, not the conclusion.
Janice Bidwell | 15 September 2010 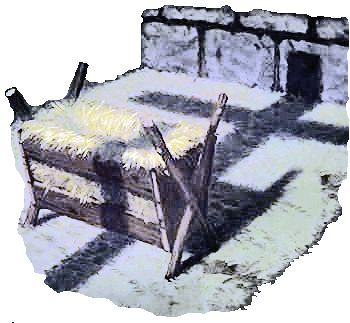 Raised in the Orthodox Church I’ve never viewed Orthodoxy from the outside, but I’m certain the view is different. My perspective reflects a lifetime spent within a Church known for Tradition.

When I was born and then baptized as an infant, Orthodoxy was a gift I received without ever writing a thank you note. My life as an Orthodox Christian was a gift from my parents, along with my brown hair and brown eyes. Others didn’t have the same opportunity to receive Orthodoxy this way; and now as the Orthodox Church finds its place in the twenty-first century its adaptation to the present includes those who first viewed the Church from inside the cradle, and those who discovered the Church later in life’s journey. While our views reflect these different fields of vision, both angles add dimension and depth to the Orthodox Church today.

The Orthodox Church of my childhood was sometimes strange and unfamiliar—even to me, since the rest of my world was English speaking and ordinary American. Being transported on Sundays to a world of Arabic language, incense, and robes, was difficult to explain at school on Monday. At home we didn’t spend long hours learning Scripture, or studying the history of our Church. My memory bank lacks impressive quotes from the Bible, and I’ve never gone door to door with Orthodox pamphlets. But despite a lack of formalized religious study, the Orthodox Faith seeped into my bones, without my noticing. Somehow I learned to think as an Orthodox Christian, and live as an Orthodox Christian. Without nails or a hammer, my faith was pounded into me and secured, but this didn’t happen overnight.

Having received the Orthodox Faith as a gift from my parents, I put it on at Baptism and I’ve had it growing within me ever since. Wearing my faith for a lifetime, it starts to fit as a second layer of skin. When I move and grow, my faith stretches with me, and I’ve never been without it for a moment. There wasn’t a simple recipe my parents mixed up and sprinkled over me which made me into an Orthodox Christian adult. And becoming Orthodox for me, and for generations of my family, never resembled the journey in the book Becoming Orthodox. Like Christians of any sort, I didn’t give Orthodoxy my best effort all the time. I admit as a child, listening to the Gospel in Arabic didn’t transfix me—and neither did attending Divine Liturgy without breakfast. There were simpler faiths, I was certain, but Orthodoxy was my second skin and shedding it was never a consideration.

For me, while I was becoming American, I was also becoming Orthodox. The traditions of Orthodoxy don’t stand out in my mind anymore than the traditions of America. We drive on the right side of the road, and we bless ourselves with our right hand. Perhaps there is a reason why we drive on the right side of the road, though I’ve never asked. At times I feel most American when I’m traveling overseas. While at home I never notice I’m American, and I may even take it for granted. But for those arriving in our country for the first time, I’m certain our American customs stand out distinctly in their minds. My family arrived in the United States as Orthodox Christians, and their families were Orthodox Christians in the Middle East going back for generations. Developing a sense of peace and an ease and comfort with my Orthodox skin is as natural for me as my curly hair. My Orthodox Christian roots run deeper than my American roots, although I’m as American as all my neighbors.

While the external qualities of my Orthodox Faith are most visible to others, my true Orthodox faith resides quietly within me. At Baptism I arrived at the door of Orthodoxy, but the journey continues forever. Whether we are cradle or convert Orthodox, our Chrismation is the beginning of a story, not the conclusion. For each individual the journey takes a different course, and our measure is not how it looks from the outside looking in, but rather from the inside looking out. As a cradle Orthodox Christian my faith is fastened inside me, not waving about on the outside for public viewing. Perhaps I’d attract more attention waving my Orthodoxy around on the outside, but the tradition of my faith passed to me over generations, is a humble peace within. The layer of Orthodox skin covering my body is secured and moves with me on my long journey; sometimes it is unnoticed or misunderstood by those around me. Other Christian traditions may require an exterior show readily recognized from a distance, but when they knock on my door wearing a tie and holding a pamphlet, I hide inside. Maybe I should open the door and hand them an icon, but I don’t.

With an ancient, unchanging Faith that is not willing to modernize itself with each passing trend, deep roots seem fitting. The traditional roots of Orthodoxy hold the faith in place, and are the same roots which children born to Orthodox converts will accept without question, as they view the world from their own cradle perspective. There is a steadiness to the Orthodox Faith that infuses into the Orthodox Christian over time, whether or not this infusion begins in infancy, or adulthood. Looking back and forth eyeing those who began their Orthodox journeys from different angles is divisive and unfruitful; seeing from a perspective not reflecting our own angle is challenging. Orthodoxy benefits from talents and gifts representing a broad range of perspectives, together sharing the Faith.

Though our Orthodox Christian outsides might look different today, our Orthodox insides should look no different than they did many centuries ago. Sitting, standing, singing, or silent…these exterior gestures of our faith are nothing more than minor reflections of the Orthodox person hidden within. A polished Orthodox exterior may conceal a superficial interior, so a polished exterior is of little value. And while my peace with the Orthodox Faith may look worn and comfortable, there are others who may shine bright with exuberance; but there isn’t an Orthodox Richter scale to measure the magnitude of our faith. True faith resides on the interior and is alive in the actions of everyday existence, not in the polish and shine of our exterior. Orthodox Christianity is not a Sunday morning faith, a pamphlet and tie faith, or a high-gloss-finish faith. Orthodoxy is a Living Faith, and it may not be obvious viewed from any angle, except the one from above.

Living every day on a journey toward forever Easter is unnatural in the world today. It was unnatural…

She departs on a difficult journey away from herself and toward God, and this journey lasts for nearly…