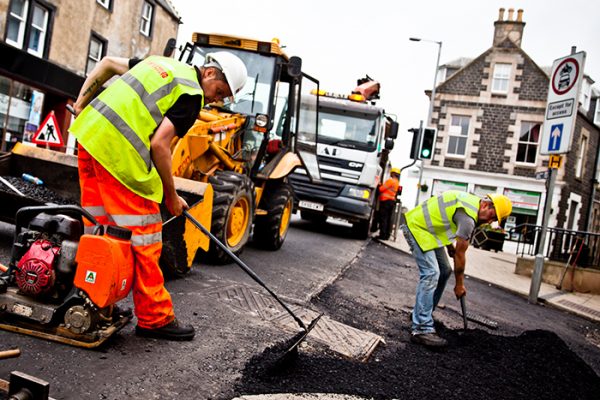 Recently I’ve run across a pretty surprising opinion. A man I respected claimed that his job impeded his spiritual growth. I mean, writing endless reports, getting never-ending papers approved, and doing other bureaucratic stuff takes up too much of his time and energy, so he has no time left for reading spiritual literature or praying. He also said that Christian saints did not work at all in the way we understand the word.

This thought seemed interesting to me, so I decided to check out what the saints themselves had said about that. I read some books and surfed some Orthodox websites on the Internet. Here are the conclusions I have come to.

It all depends on what our understanding of the word ‘work’ is. If we define it as going to the office every day and carrying out the instructions of the management there, then indeed – it is unlikely that we will find a lot of saints with such a biography in the history of the Church. If, however, we speak of the connection between the saints’ prayer life and any kind of labor activity, the answer is quite clear: all saints considered labor to be a necessary addition to prayer.

St. Innocent of Kherson said: “In general, the time of the holy men was divided into periods of devotion and hard work. Their main principle was that they should not be fed by anyone else’s work, but by their own. Their labor, despite the scarcity of their environment, was enough for them even to help their neighbors, to feed the hungry, to clothe the naked and to redeem the captives.”

It must be noted, however, that at certain stages of spiritual growth work did indeed begin to hinder the saints. Saint Isaac the Syrian writes about it as follows:

“Blessed is he who … stays silent and does not encumber himself with a multitude of tasks, but replaces all physical activity with work of prayer, and believes that as long as he works with God and relies on Him day and night, there will be no shortage of anything of dire necessity; because it is for God’s sake that he withdraws from distraction and toil. If any man cannot remain silent without work, let him work using handicrafts as an aid, and not for profit, not out of self-interest. Handicraft is for the weak, but it is a cause of confusion for the more advanced. The Fathers commissioned the poor and the fainthearted to work, but not as a necessary thing.”

That is, work did indeed disturb some people but those people were hermits who had perfected themselves in prayer and silence. If I try to refer to their experience, then I will inevitably have to admit that I am the one who is poor and fainthearted, for whom work serves as a kind of spiritual reinforcement.

For me, the attitude to work can be framed as the simplest standard of Christian piety: a person should earn his or her own livelihood. Without fulfilling this rule, any talk of spiritual growth will be ungrounded. It is up to everyone to decide for themselves how to distribute their time and energy in such a way that it suffices for their job and spiritual life at the same time.

If you see that you’ve tilted the balance in the favor of more work and less prayer, draw the right conclusions and make a decision. In the end, the saints, too, made a choice for themselves at some point between hard work that took up all their time, and easy work that gave them just enough food and did not distract them from prayer.

Psychologist Alexander Tkachenko speaks about identifying pride at its roots.

Why on Earth Should I Pay for My Sins?

Editors of the Foma journal received the following letter: Why should I pay for “my sins”? I did…

And so it happened... The very people who greeted Jesus as He entered Jerusalem, shouted “Crucify Him” five…

Most viewed articles
What Does Asceticism Look Like?174
Be Bearers of Light111
The Meekness of God91
Report: 5.2 Billion People Face ‘Very Severe Violations of Religious Freedom’83
Orthodox Chapel to Be Constructed in Campina das Missoes81
Metropolitan Mark of Ryazan Explains Why People Sometimes Don’t Know What to Repent of81
Ukrainian Church Calls for De-Escalation of the Conflict in Donbass65
Priest Killed for Serving in Romanian to be Honoured with Bust in Albania50
Are We Religious or Are We Faithful?1
How Will We Welcome Christ?1
Most popular authors
Pravmir.com team310
Archpriest Michael Gillis174
Metropolitan George (Khodr) of Mount Lebanon111
Archpriest Stephen Freeman92
Aurelian Iftimiu50
Fr. Vasile Tudora1
Priest Luke A. Veronis1