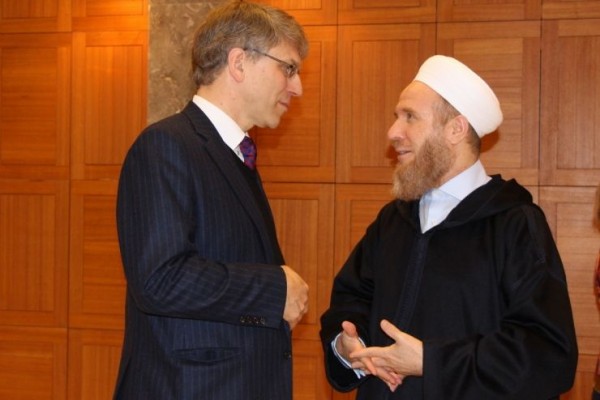 The letter, issued on September 24, condemns actions of the IS from an Islamic religious perspective including saying it is forbidden to force people to convert.

“The meticulous, detailed and scholarly rebuttal of the claims of the IS to represent authentic Islam offered by this letter will be an important resource for Muslim leaders who seek to enable people of all religions to live together with dignity, respecting our common humanity,” said Tveit.

“I am especially concerned at present for the safety and flourishing of Christian communities in the Middle East, as well as in other continents,” he said in a statement.

The Muslim leaders’ letter says “It is forbidden in Islam to kill the innocent.”

“It is forbidden in Islam to kill emissaries, ambassadors, and diplomats; hence it is forbidden to kill journalists and aid workers.”

Tveit, a Norwegian Lutheran theologian said the document is a significant contribution to how people together and leaders from our the perspective address threats to humanity.

“We look forward to continuing to collaborate with our key Muslim friends and partners, a number of whom are signatories of this letter, to work together with them for peace and justice throughout the Middle East and in other parts of the world,” Tveit said in his October 1 statement.

Its members are Protestant, Orthodox, Anglican and other traditions in over 140 countries.

The Roman Catholic Church is not a WCC members but works cooperatively with the council on many of its issues and serving on its faith and order commission.

US Vice President Mike Pence tells persecuted Christians: ‘We stand with you’

"Your faith inspires me, it humbles me, and it inspires all who are looking on today." Pence said.…