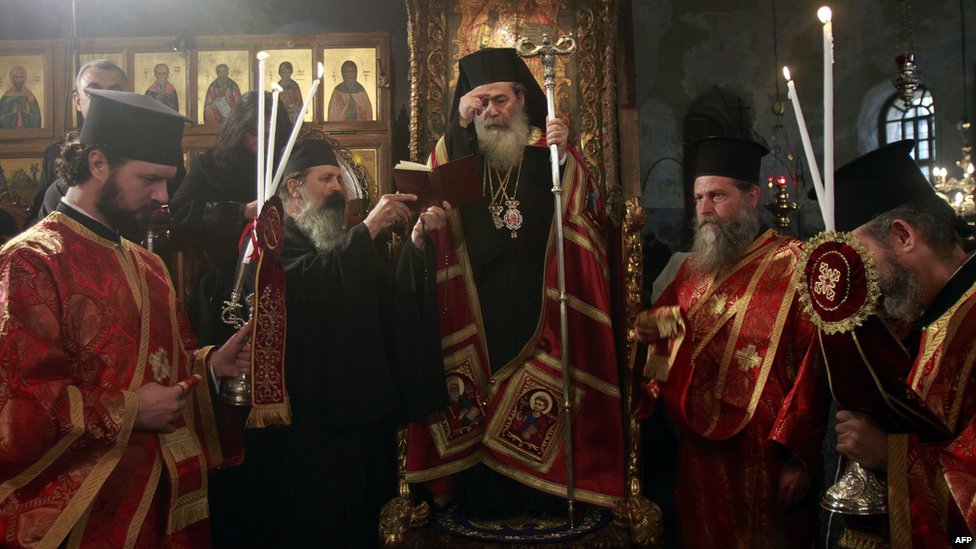 Most Orthodox Christian churches celebrate Christmas on 7 January. Here, the Greek Orthodox Patriarch of Jerusalem, Theophilos III, crosses himself on Christmas Eve in the Church of the Nativity in the West Bank town of Bethlehem. 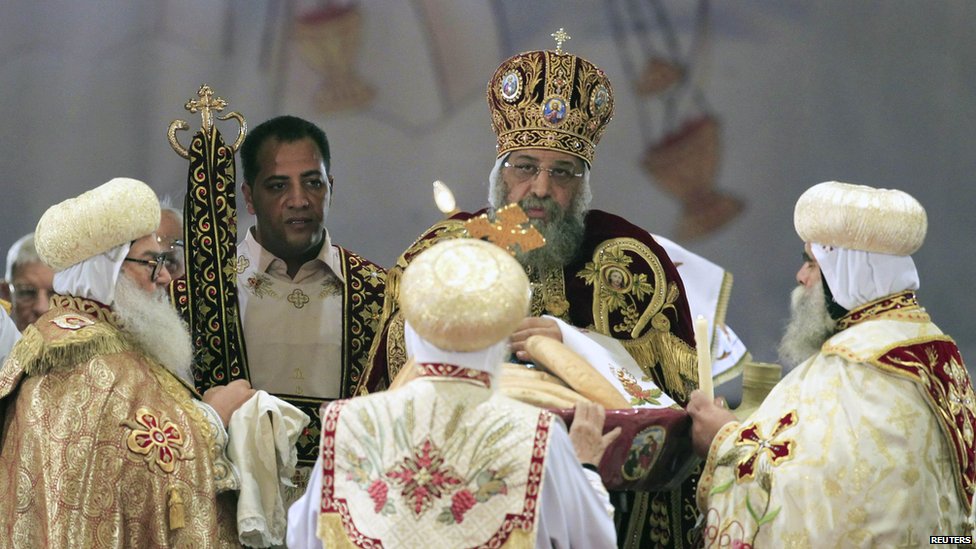 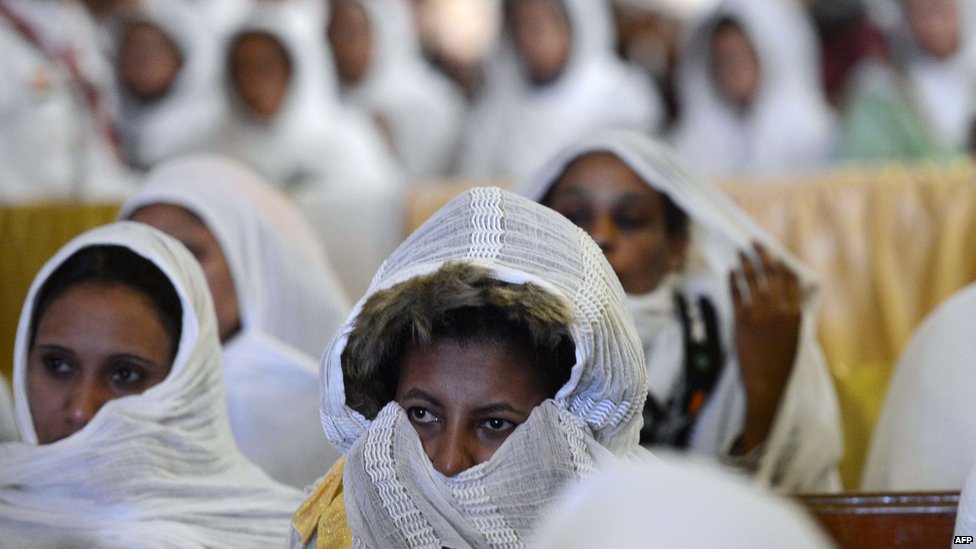 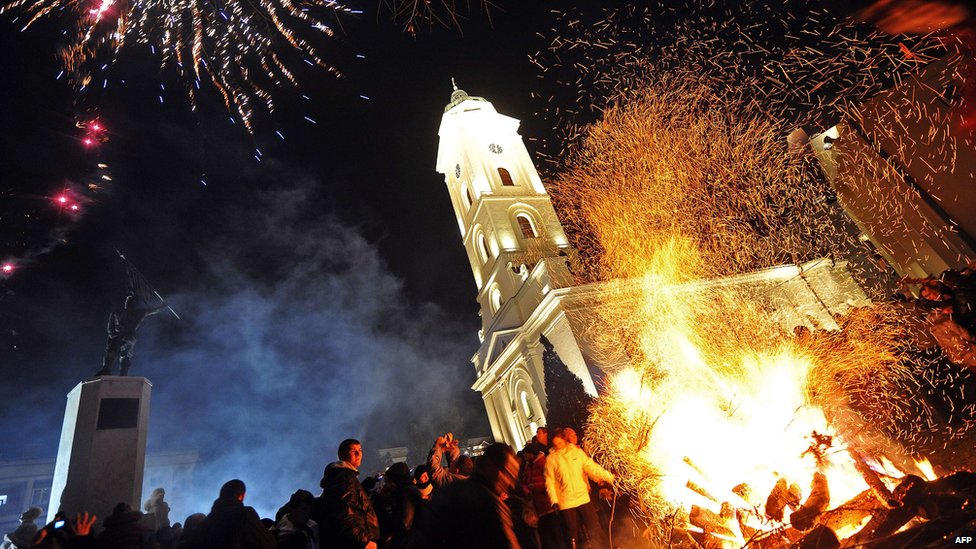 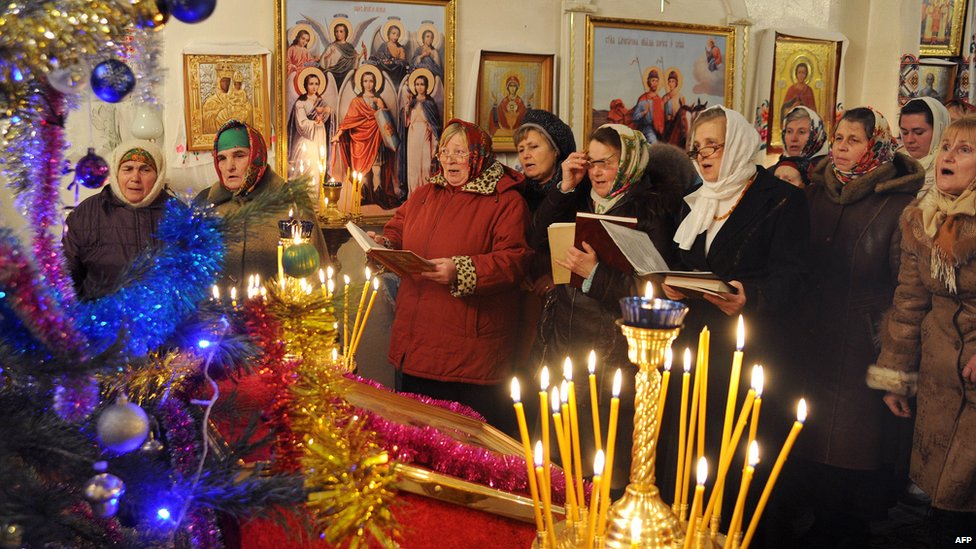 Christmas service in town of Verbovichi, south-east of Minsk. 6 Jan 2013 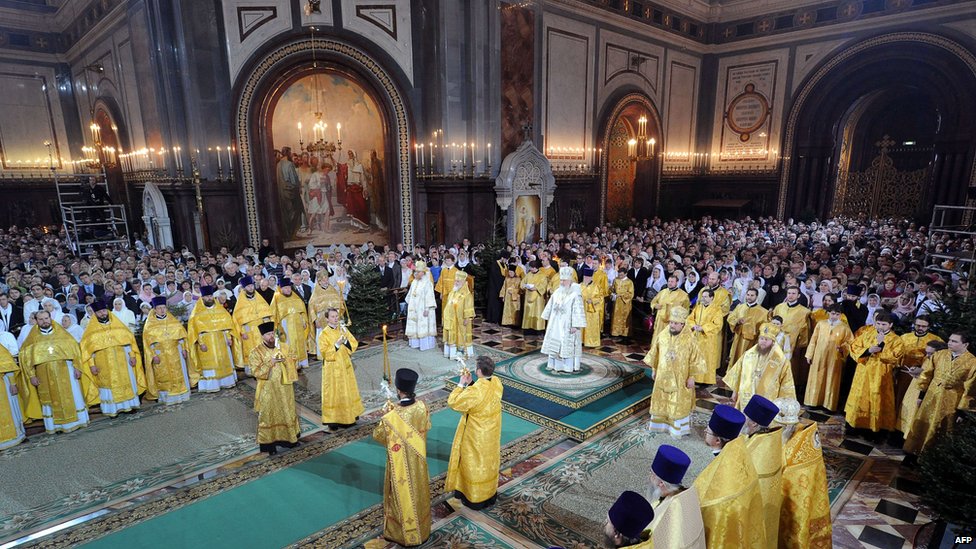 Russian Patriarch Kirill led a Christmas service at the Cathedral of Christ the Saviour, Moscow. 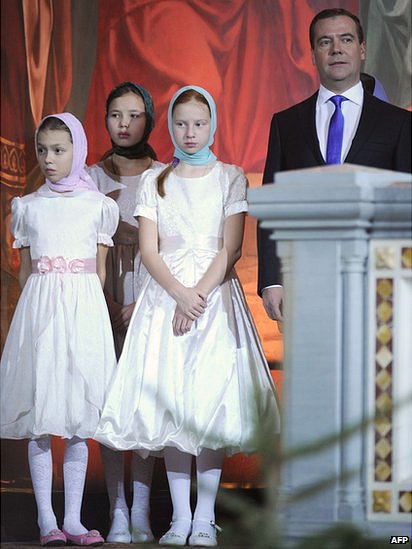 Russian Prime Minister Dmitry Medvedev at the Cathedral of Christ the Saviour, Moscow 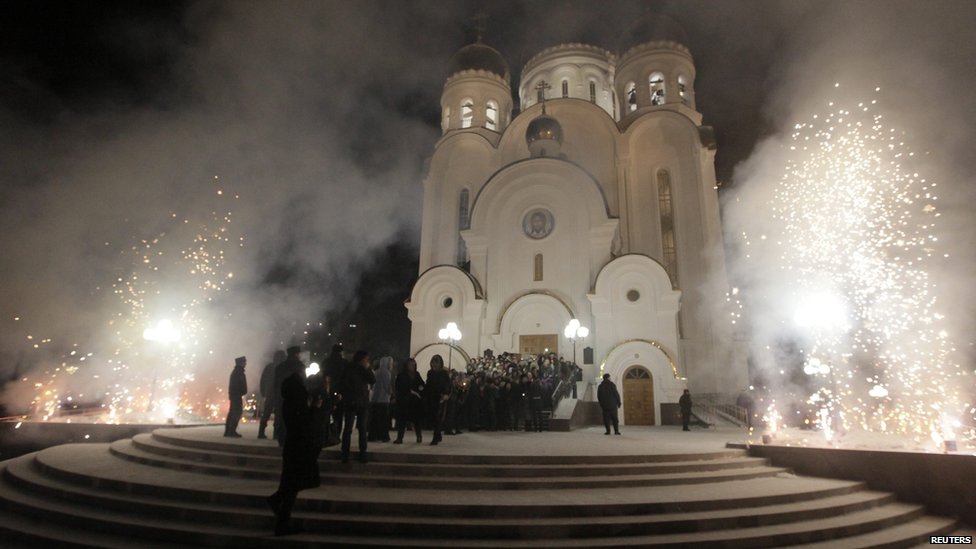 Fireworks formed part of the celebrations outside the new Orthodox Church of the Nativity in the Siberian city of Krasnoyarsk. 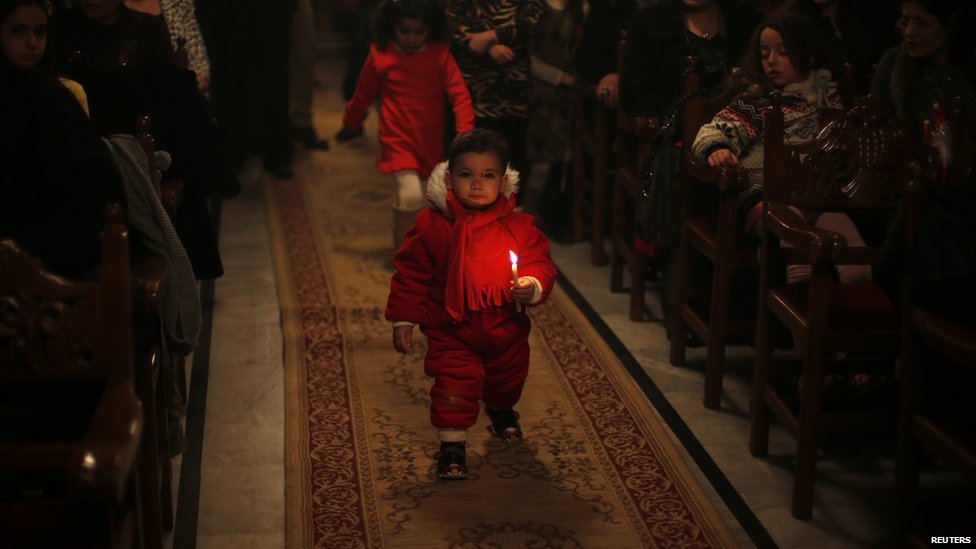 A Palestinian Greek Orthodox boy holds a candle as he attends Christmas services at the Saint Porfirios Church in Gaza City, 7 January 2013 Most viewed articles
Stages to the Beginning of the Spiritual Journey196
Is Marriage Only a Civil Contract Today?149
Patriarch Kirill: “Quarantine Is the Best Time for Spiritual Growth”97
His Eminence Archbishop Agapit of Stuttgart Reposes in the Lord86
Salvation Army Warns UK Poverty Approaching Tipping Point46
His Beatitude Metropolitan Tikhon Celebrates the Feast of Holy Ascension45
Churches across Romania to Ring Bells to Commemorate Heroes’ Day44
Learning to Die Before We Could Learn How to Live19
Ascending with Christ into Heavenly, Not Earthly, Glory14
Most popular authors
Pravmir.com team227
Archpriest Michael Gillis196
Archpriest Gabriel Rochelle149
Aurelian Iftimiu45
Metropolitan Tikhon of All America and Canada45
Protobresbyter Vasile Tudora18
Priest Philip LeMasters13