Nativity Interview with Patriarch Kirill: On Ethnic Tensions and Loneliness on the Holidays

On January 7, 2014, the station Rossiia televised an interview with His Holiness, Patriarch Kirill of Moscow and All Russia, in which he spoke with the journalist Dmitri Kiselev. Continued from part three. 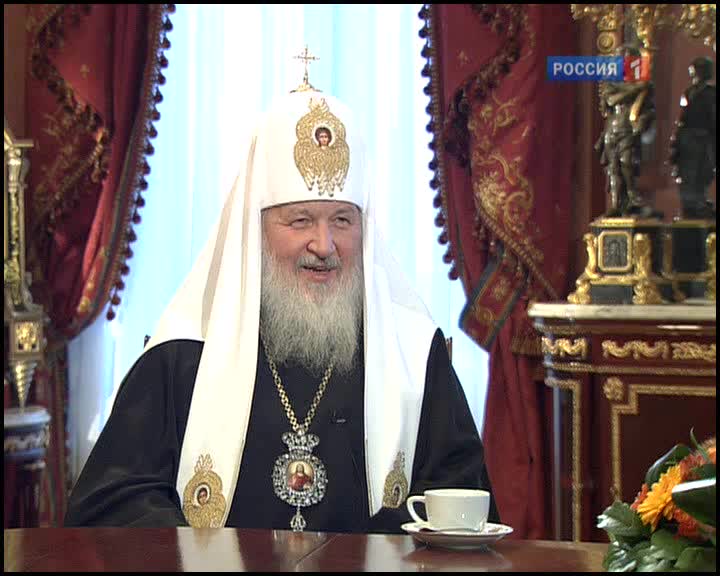 Question: Continuing this theme of “start with yourself” and the atmosphere that we create around ourselves, for many the question remains unclear about how to relate to those who disagree aggressively with a peaceful and clean way of life. One makes suggestions, while another destroys. Hence, relating to this theme is the problem of interethnic relations, or perhaps some kind of ethnic crime. If anything, it might be a question of Breivik [the perpetrator of the 2011 Norway attacks], or of Biryulyovo [a district in Moscow where there have been ethnic riots].

Patriarch Kirill: Neither one nor the other is characteristic of Russia. Russia was formed as a great multinational state precisely due to the fact that the majority of its people were Orthodox and, due to their Orthodox culture, Orthodox upbringing, and Orthodox worldview, there has been a very broad toleration of faith, we might say – this term was used in the Russian Empire, that is, people treated the customs of non-Orthodox people respectfully. They never offended their religious feelings and never permitted what we now call proselytism. If some other faith or religion developed certain aggressive actions directed at converting our people to another faith, then this was met with rebuffing to the point of physical rebuffing, armed resistance. But in actual fact nothing like this ever happened.

Today things are quite different. This is taking place, of course, for other reasons, for reasons that didn’t exist yesterday. We know that people who come to Russia aren’t always familiar with our culture, with our customs, or with our faith. For many reasons about which I won’t now speak, they don’t try to adjust themselves to the fact that they are living among a majority that has different understandings, including about household culture, behavior on the street, and behavior between men and women. This all leads, of course, to cultural mismatches, to put it mildly. If this remains on the level of a kind of small, household tension, then there’s hope that all this, in the end, will pass.

But when such mismatches have defied law and order, then the answer’s very simple: you need to impose order on the basis of law; there’s nothing else to be done. There shouldn’t be lawlessness; there shouldn’t be violence. But not in the sense of: let’s get to work, destroy everything, and impose order by unorganized force. It’s important that the law do its work; it’s important that relationships be built on the basis of this law until people’s inner readiness to live with one another, regardless of existing differences, again comes about.

Question: Let us return to the Nativity. The Nativity and loneliness would seem to be incompatible things. But there are many people for whom loneliness on the Nativity is the reality. How can they find comfort?

Patriarch Kirill: Loneliness arises when one doesn’t have an object of love. If an object of love appears, then loneliness disappears. What is the absence of the object of love? It’s the absence of another person to whom you can relate your inner feelings, all your attention, your concern, perhaps your love. This all comes from our individualism, or egotism, and from our self-isolationism. Now, when I look at these enormous apartment houses in the city of Moscow, twenty-four floors high, you see lights in the apartments. You realize that each light is an individual world, unassociated with the light next door, in complete isolation and in the absence of what community life was in, say, nineteenth-century Russia. Then you ask yourself: How do people live in these conditions, if they have no family, if for some reason – perhaps again connected with moving from one place to another – they don’t have a kind of environment in which they can realize themselves – this is a real tragedy. Getting out of this tragedy is very easy. We need to have a careful look at what is around us: how many people today need our care and attention. 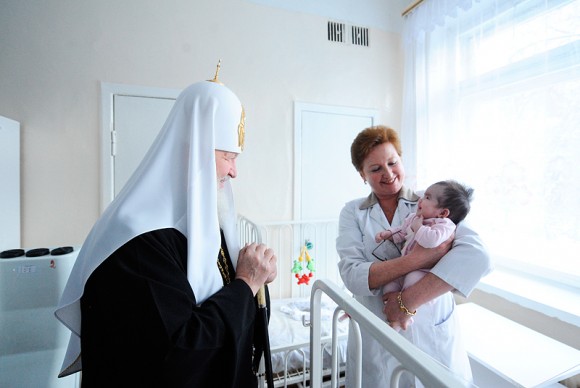 On Nativity and Pascha I like to visit the elderly, the lonely, the homeless, the disabled. Sometimes people ask me: “Isn’t visiting once enough?” I respond like this: “I don’t go so that they could show on television what a good Patriarch they have. I have an inner need.” I leave these places a different person. I feel like my soul has become brighter. It’s almost the same thing you feel after a church service. After all, believing people know that you leave church with a light heart – and that’s how I leave these people. They give me more than I probably give them. Therefore, I’d suggest that everyone who suffers from loneliness go out into the world with a kind and open heart to everyone who needs help. At a single such outing one can find friends, loved ones, and objects of care, thereby destroying one’s loneliness.