The Islamic State terror group has claimed responsibility for a brutal bomb attack on a Filipino cathedral. The massive blast ripped through a faith community on the island of Jolo as Sunday Mass was being celebrated. As soldiers responded at the scene, a second bomb was detonated.

In a statement following the barbaric act, IS said that the bombing was carried out by “two knights of martyrdom” against a “crusader temple.” The first bomb was set off inside the Cathedral of Our Lady of Mount Carmel, with the second erupting on the doorstep of the church. 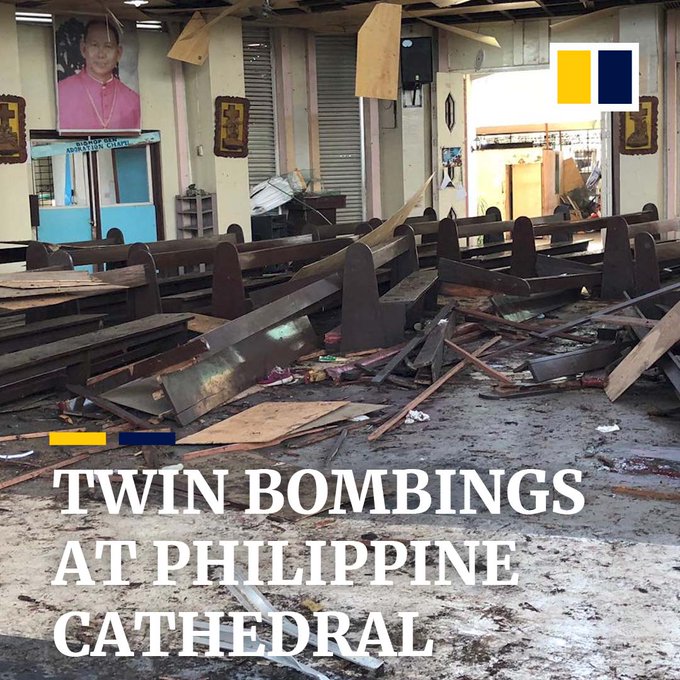 At least 81 people were wounded, including several soldiers.

According to the BBC, Defense Secretary Delfin Lorenzana called the bombing a “dastardly act” and urged the local population to work in tandem with authorities to “deny terrorism any victory.”

“We will use the full force of the law to bring to justice the perpetrators behind this incident,” he added.

Major General Felimon T. Santos Jr., the Commander of the Eastern Mindanao Command, asked the public to be “vigilant and cooperative” following the brutal attack.

Brig. Gen. Divino Rey Pabayo Jr., Armed Forces of the Philippines Joint Task Force Sulu commander, declared that his forces will “relentlessly hunt the perpetrators of this terror act until justice is served,” according to CNN.