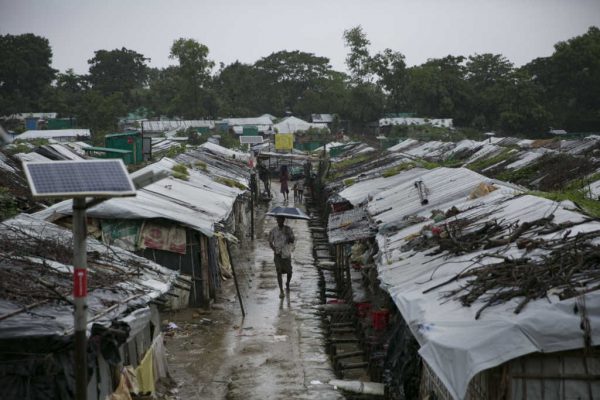 A number of Christians who had fled to neighboring Bangladesh in order to escape the ethnic violence in Myanmar have come under attack at a refugee camp.

Human Rights Watch (HRW) reported that some 22 families had on the receiving end of violence and intimidation on the evening of January 26 at a camp in Cox’s Bazaar. In addition, a pastor and his 14-year-old daughter were kidnapped, houses were looted and the faith community’s schools were subjected to vandalism.

More from HRW on the disturbing events:

“Taher, a Rohingya Christian pastor, and his 14-year-old daughter were abducted from their shelter in a refugee camp in Bangladesh on the morning of January 27. The previous night scores of men attacked 22 Christian families living in Kutupalong Camp 2 in Cox’s Bazaar. The attackers beat up residents, vandalized homes, and looted personal property in the sprawling Rohingya refugee camp.”

The human rights monitor noted that 12 Rohingya Christian refugees were injured and hospitalized following the incident.

According to several reports, residents of the camp believe that the attackers are linked to the Arakan Rohingya Salvation Army (ARSA) — an armed Islamic insurgent group made up of ethnic Rohingyas.

“The ARSA … attacked us, the Christians. They looted our houses, and beat up many Christian members. At least 12 Christians have been undergoing treatment at different hospitals and clinics,” one Christian was quoted as saying, according to Benar News.

Pastor Taher’s wife, Roshida, told HRW that she was struggling to attain information on the whereabouts of her husband. She had, however, received some extremely concerning news about her young daughter.

“No one can give me any clear information, but my relatives told me that my daughter has been forced to convert to Islam and marry,” she explained to the group.

There are several thousand Rohingya Christian refugees living among the 700,000 predominantly Muslim Rohingya who have been fleeing Myanmar since the country’s military started a brutal campaign against them back in 2017.

In 2018, it became clear that fighting between the Kachin Independence Army and the Myanmar military was also driving Christians from their homes in the northern state of Kachin. Some 7,000 believers were left without homes.

“They told me they were persecuted due to their religion by the Myanmar Government while they lived in Rakhine, and now they face hostility and violence from a small number of other camp residents,” he noted. “This worries me.”

Last month, in a scathing judgment, the International Court of Justice (ICJ) ordered the imposition of measures to prevent the genocide of the Rohingya minority.

The court’s momentous action came just a month after the country’s de facto leader, Aung San Suu Kyi, denied the accusations of ethnic cleansing that have been leveled against her.

Despite her repeated assurances, the United Nations insists that if no action is taken, genocidal actions could recur in the conflict-ridden country. The ICJ, which is operated by the UN, called upon Suu Kyi to respect 1948 Genocide Convention and take immediate action to protect vulnerable minority groups from further persecution.