The Way We Are Meant to Be 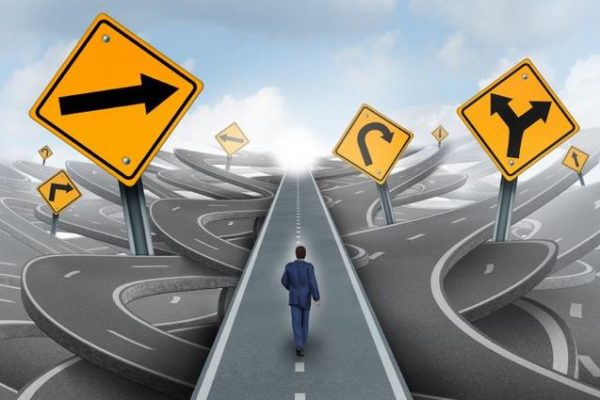 “The person who loves God values knowledge of God more than anything created by God, and pursues such knowledge ardently and ceaselessly.”

When we speak of something as being generic, it often stirs up thoughts of a product being “mediocre” or “less reliable.” I admit that I find my generic paper-towels to be less easy to rip, my generic bread crumbs to require some more spices, and my generic phone charger to burn out too quickly. In the same way, I found my generic form of faith and spirituality to be quickly running dry and barren. Like a brand name, it did not possess that quality which left me wanting more. Like the generic brand, I accepted the incompleteness—that is, the un-catholicity, if I may—of my spiritual life. I owe this realization to my beloved wife, Lucy, who once described our prior confession (religion) to our priest as

“a generic form of Orthodoxy.”

In grade school, I was always the one who served Mass, who enjoyed being around the priests, and who openly made my Roman Catholic faith known. In high school, I decided that my life’s purpose was to be a Roman Catholic priest. I would never marry. I would never convert. Essentially, I had the answers and my life planned out. During this time in high school, I became very active in the Latin Mass, and by my first year in college, I told my parents I intended to enter seminary in the coming autumn. My mother was understanding and knew what I really wanted to do, but my father responded very negatively and decided that he no longer wished to speak with me. It was difficult to accept their mixed reaction when I saw other young men receive joyous responses, but I soldiered on. (I use that phrase because I also served in the Army).

In the summer before my anticipated entrance, as I had now been accepted to a Roman Catholic seminary, I met my future companion on the journey to heaven. Those two months in the summer were extremely torturous, to be honest. My heart and mind were set on seminary, but even more than my heart and mind were attached to Lucy—there was something that I could not let go of. In the end, God’s will prevailed, and I chose to withdraw from seminary before it even started in order to be with Lucy.

As we began this journey, I exposed her to the Latin Mass, and by the work of the Holy Spirit, her faith grew and became fruitful. She developed spiritually and matured in an admirable way. Our faith began to be part of our lives together, but we weren’t quite there yet.

A couple of years later, I learned that my paternal grandmother, who had fallen asleep four years prior, was an Orthodox Christian, most likely belonging to the Greek jurisdiction. Adhering to my loyalty to Rome, I decided to explore the Byzantine Rite of the Roman Catholic Church. We spent a number of years attending both a Ukrainian and Byzantine (formerly “Ruthenian”) parish and simultaneously I served the Latin Mass as an acolyte. Clearly, our Sundays were packed, but our beginning exposure to the East was unfolding. After a while, we made one parish our permanent home, as we found one to be a bit closer to Orthodoxy in regards to liturgical expression, and that the jurisdiction it belonged to to have more openness in adhering to Orthodox theology among most people we encountered. As an aside, Byzantine Rite Catholics are encouraged to follow Orthodox theology, but this is not evident in all places.

During these years in the Byzantine Rite, Lucy and I often visited Orthodox parishes, especially St. Tikhon’s Monastery. On many occasions, we would leave Liturgy saying to ourselves,

“That’s how we are supposed to be.”

However, I kept assuring myself that being “Catholic” was the only “way.” I would never leave Rome. As time went on, my reading of church history increased, my discussions with Orthodox Christians and Byzantine Catholics became more substantive, and our prayer life blossomed as we utilized Orthodox spirituality. As many say about themselves who have been on a similar journey, Lucy and I were already Orthodox in our heart and our minds. We had almost secretly embraced certain (Orthodox) theological points that are incompatible with Western theology. This left us wondering how we could be “Orthodox in communion with Rome” when it was clear that one side deviated from what was once held, while another side simply refused to abandon the Faith. It was like trying to force together two magnets of the same pole. The internal struggle was causing more decay and uncertainty.

The summit of this journey was made manifest on Memorial Day of 2017. Lucy and I decided to visit St. Tikhon’s after we saw online of their Pilgrimage for the weekend. Now that I recall as I write this, the first person I parked next to when we arrived, who was also the first person I spoke to that day, is a Reader at my parish! God certainly knows what He’s doing! We immediately went to the chapel to venerate the myrrh-streaming Hawaiian Icon of the Theotokos. Upon entering, despite it being the pinnacle day of that Pilgrimage, with well over one hundred people, there was not a single person in that monastery church other than Lucy and I. As our prior experience was with myrrh-streaming icons, we were met with the heavenly scent, and approached the Mother of God to beseech Her prayers.

My supplication to Her was deep and from the heart—I wanted to serve the (Byzantine) Church, and I begged Her to pray for me for my way to be illuminated on the right path to heaven for Lucy and I, and for the feeling in my heart to be given room to grow. As Lucy stayed inside the church, I decided to go out and take a walk. Over the next hour, I met two Orthodox priests whose interactions with me were clearly an answer to my prayers. After that came a day full of such extraordinary experiences for the both of us that I was left dumbfounded and at a loss of not only words, but thought as well! We got back to the hotel that evening, and while eating dinner (at least, trying to eat, as I was still in awe of my day) we looked at each other and said,

“I think we need to become Orthodox.”

While sitting there, at the dinner table, I sent an email to my current pastor from my phone—that is how compelled and moved I was that day.

We certainly believe that the prayers of not only the Theotokos were answered that day, but also of Saint Alexis Toth, a former Byzantine Rite Catholic priest who later entered the Orthodox Church. His relics are in the monastery church at St. Tikhon’s, where he is venerated by many faithful, including me. I beseech him often in prayer, as I believe he understands our journey well.

My and Lucy’s faith now no longer is generic, lacking, or incomplete—it is actualized, fulfilled, manifested and catholic—that is, it is complete. We are off the side roads and onto the illuminated path where we will run the race and finish the fight together. Our understanding of God was once theoretical, but now we experience Him, His Church, and His saints in a real way.
During this time of the Great Fast, as we await the Resurrection, let us be attentive to the direction in which our lives are going, and discern if it is indeed God’s will. While one can take positions to support and defend the Orthodox Church, there is nothing that compares to the experience and other-worldliness of the liturgical services and the purity of the Church’s teachings.

“Everything will perish except that which the soul has gathered through love and prayer.”

I was a Catholic Priest: The…
Fr. John A. Peck

Father John Tanveer told his story of his conversion to Orthodox Christianity: I was a Catholic…