Fr. Andrew (Konanos): Spiritual Life Must Be Without Hypocrisy 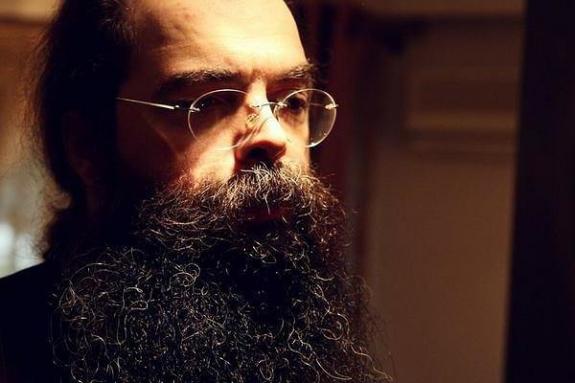 It is a great achievement to be simple, humble, natural, and friendly. You should always make sure that you are who you are: a real person. We all should be striving for that.

An abbot from Mt. Athos used to share some memories of his life. That’s what he told us about the spiritual father he had when he was young, “One day, my spiritual father and I went to Athens by car. A pretty girl who wore fancy clothes crossed the street when our car stopped at the traffic lights. She made people feel uncomfortable. My spiritual father said, ‘Oh how many beautiful creatures of God are walking the streets! There are so many pretty girls in this world. They stir everyone up!’” The abbot continued his story: “Then I asked my spiritual father, ‘Geronda, are you aroused as well?’ ‘Of course, my dear. How can you not be aroused when you see such a girl? Everyone would.’ And I said to myself, ‘That’s why I love my Geronda! He’s a real deal. He is godly but also genuinely human.’ Later, in Athens, I met a woman who told me about her spiritual counselor, ‘My spiritual father has transcended everything. He is an Angel. He doesn’t touch the ground. Nothing bothers him.’” The old abbot added, “That’s what I responded, ‘No-no! I don’t want a Geronda like that. I prefer my Geronda. He is a simple man, a regular guy like any of us.’”

Here is an example of a spiritual father who you can approach without fear and terror. Saints say that this was the reason why Jesus left apostles and priests as his successors to hear confessions and to interact with the world. It was made so that the believers could feel comfortable, so that they wouldn’t be afraid of their leaders and knew that they are like us. They can understand us because they go through the same temptations. That’s right: whatever you do, I do the same.

The story that I’ve mentioned was shared with me by the abbot of the Docheiariou Monastery Father Gregory, who died a couple of weeks ago. His spiritual father, who admitted his own temptations, was the recently-canonized Saint Amphilochius of Patmos.

The real people: the sinners and the zealots, the repentant, the saints who are constantly asking for God’s mercy and live honestly and authentically, with all it entails…  They don’t shock me. I’m not especially fond of them, and still they don’t make me nervous. On the contrary, they make me feel relieved, hopeful, and inspired to do good and avoid hypocrisy. O Lord have mercy on us thanks to the prayers and the intercession of your saints!

Fr. Andrew (Konanos) Speaks on How to Survive the Pandemic and Remain Human

I think about how our life has changed. Everything stopped, closed, and froze.