38th anniversary of the repose of Protopresbyter Alexander Schmemann 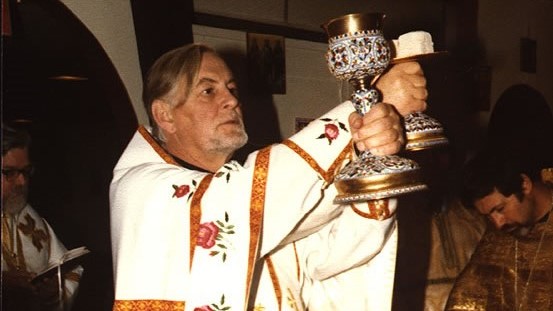 Monday, December 13, 2021 marked the 38th anniversary of the repose of Protopresbyter Alexander Schmemann, Dean of Saint Vladimir’s Orthodox Theological Seminary and one of the 20th century’s leading Orthodox Christian theologians.

But as 2021 comes to a close, there is more to come as part of the “Year of Schmemann” celebrations. The seminary will be posting the final Schmemann Speaks podcast episodes (now up to 14 episodes) of the year. The second volume of Fr Alexander’s A Voice for Our Time: Radio Liberty Talks is forthcoming (release date TBA). Finally, the seminary will have details in the coming days about next month’s annual Fr Alexander Schmemann Memorial Lecture.

May the memory of Protopresbyter Alexander Schmemann be eternal!

Most viewed articles
Five Signs of a Modern Pharisee210
ROC Holy Synod Discusses the Announcement of the Patriarchate of Alexandria Concerning the Establishment of the ROC Patriarchal Exarchate of Africa160
Bad Habits And Their Cure111
Medical Workers Walk 1.5 Km Through Snowdrifts and Save the Life of a 100-Year-Old Woman107
Grains of Wisdom and Piety Book Published88
150th anniversary of the establishment of the North American diocesan see in San Francisco52
Time for a Course Adjustment?41
Church from time of St. Stephen the Great becomes monastery20
Most popular authors
Pravmir.com team407
Archimandrite Markell (Pavuk)210
Saint Nicodemus the Hagiorite111
Fr. Stephen Powley41
Ștefana Totorcea20