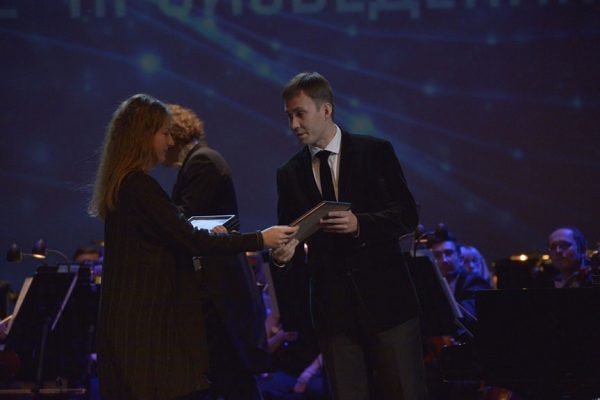 On October 23 the first “Pure Sound” award ceremony and gala concert were held in the hall of the Moscow New Opera Theatre. The “Pure Sound” International Recording Award is a major project of the Russian Musical Union, established in 2018 to support talented composers, performers, sound engineers and music publishers working on releases of Russian academic music. It is a breakthrough in the audio recording field.

In his remarks at the “Pure Sound” award ceremonies, the Rector of the Moscow State Tchaikovsky Conservatory, Alexander Sokolov, noted: “Today is celebration of collaboration: in every nomination there is always a composer, a sound engineer and a performer. This collaboration must be valued. It is no coincidence that the Moscow Conservatory has established a graduate school for sound engineers.”

Volume 12 of the “Chants of the Russian Emigres” series is due to be recorded and released in 2020.