A cleric of the Ukrainian Orthodox Church publishes a book on the homeland of Metropolitan Hilarion of blessed memory, late First Hierarch of the Russian Church Abroad 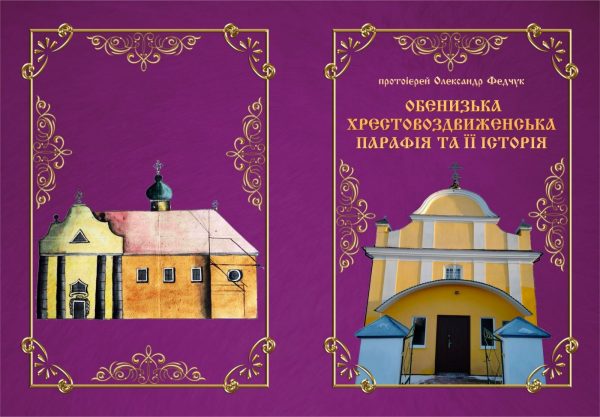 A monograph by Archpriest Alexander Fedchuk, Prorector of Volynia Theological Seminary of the Ukrainian Orthodox Church is dedicated to the 200-year history of Krestovozdvizhenky [Elevation of the Cross] Orthodox Church in the town of Obenizh in the Volynia region, as announced on his Facebook page.

According to Fr Alexander, Obenizh is the historical homeland of the present Rector of the seminary, Archimandrite Evmenii (Mikhalevsky), and also of the ancestors of the late Metropolitan Hilarion (Kapral) of Eastern America and New York, First Hierarch of the Russian Orthodox Church Outside of Russia.

“The result of a year’s worth of work in the archives of Lutsk, Zhitomir, Ternopol and work on the diocesan periodicals is this monograph devoted to the 200 -year history of Krestovozdvizhenky Church.

“I am once again convinced that the history of every parish, even the smallest and least noticeable, is a deep well, filled with the most interesting information which should be revealed.

“I write about the construction of the church in the beginning of the 20th century and the reason that the reconstruction plans failed before World War I, the appointment of Ivan Kolyadinsky as rector of the restored Orthodox Church, who was the son-in-law of a local Uniate priest are discussed. He had fifty years of service at this one parish, which ended with a material conflict with his father-in-law Stefan Kulchinsky, who was appointed in his place. The interrelations with the local landowners Orzheshka were difficult, and Fr Filaret Korovitsky had a conflict with the Jewish renters over the closing of a tavern, interesting ‘gifts’ to the priest for performing services of need. The acquisition of an enormous parcel of woodlands which turned the parish into the largest landowner of the region, followed by the difficult sale of the forest to Jewish merchants and local peasants are covered, as is the struggle Fr Ioann Vdovovich had with local sectarians, and a great deal more…” writes Fr Alexander.