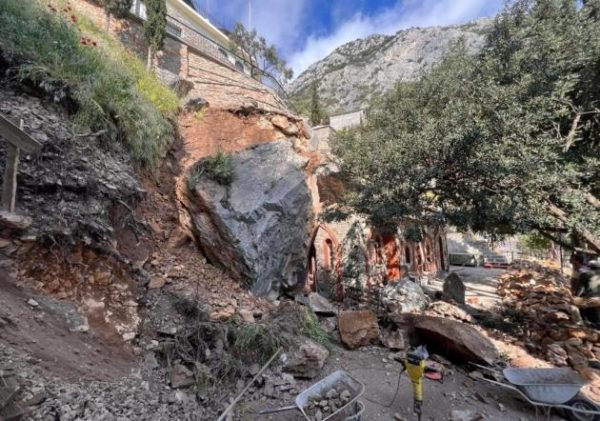 The collapse of the rock damaged the buildings of the Skete of St. Anna on Mt. Athos. The cave church of Saints Dionysius and Mitrofan was largely destroyed, reports orthodoxianewsagency.gr.

The letter reporting the incident is dated May 1, 2022, but it appeared in the Greek media in the second half of the month. 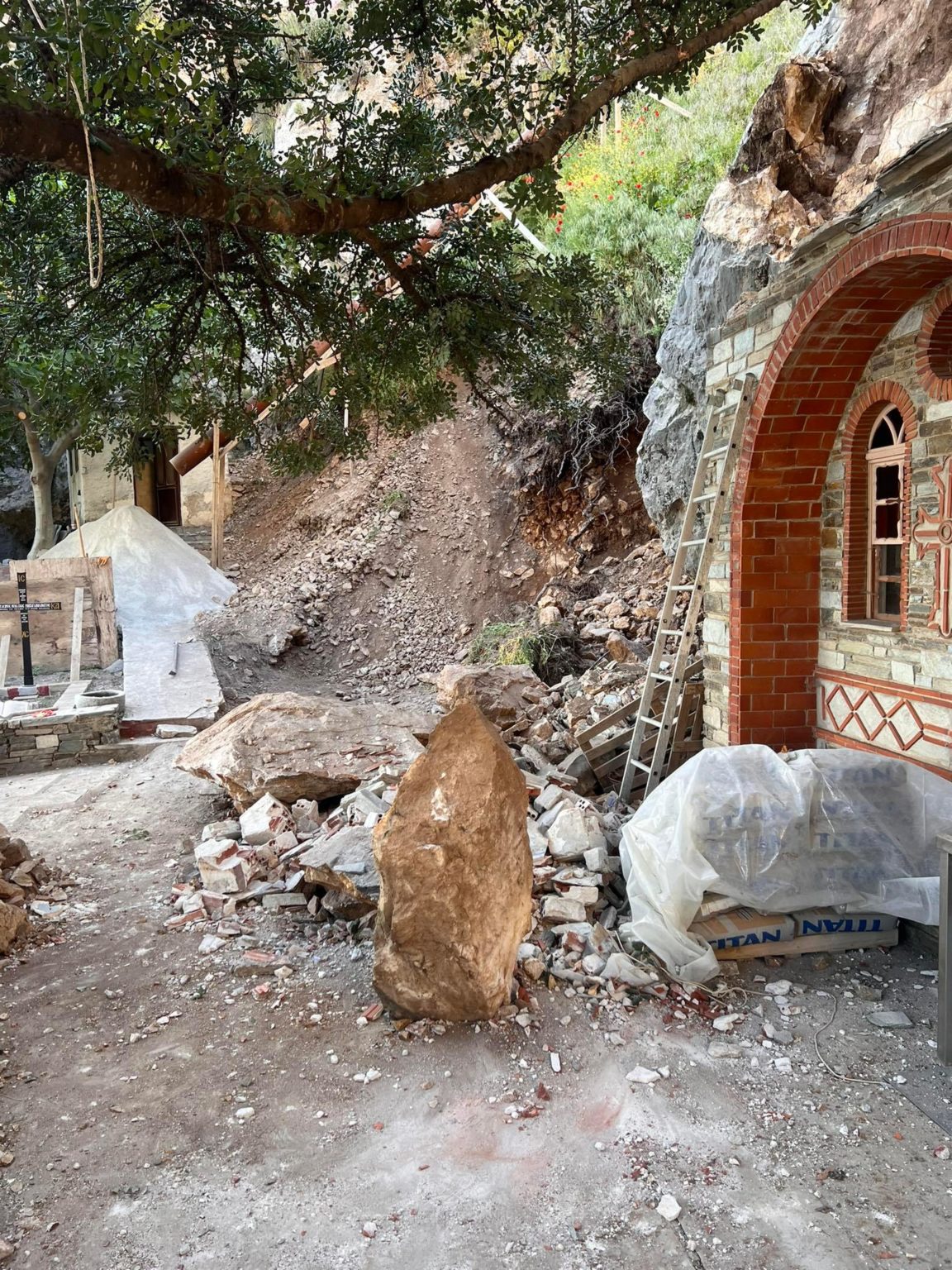 There are no reports of casualties.

The Venerable Dionysius the Rhetor and his disciple the Venerable Mitrofan were the first ascetics in the skete of the Holy Righteous Anna, mother of the Virgin Mary. The church, where the saints served in the 16th century, is located inside a cave. In its courtyard rests Gerasim Mikrayannanite (†1991), one of the greatest hymnographers of our time.

The Skete of St. Anna is administratively subordinate to the Great Lavra. It is located on the western slope of Mount Athos. At present, the monastery consists of 51 kaliva, 35 of which are occupied by 88 monks. 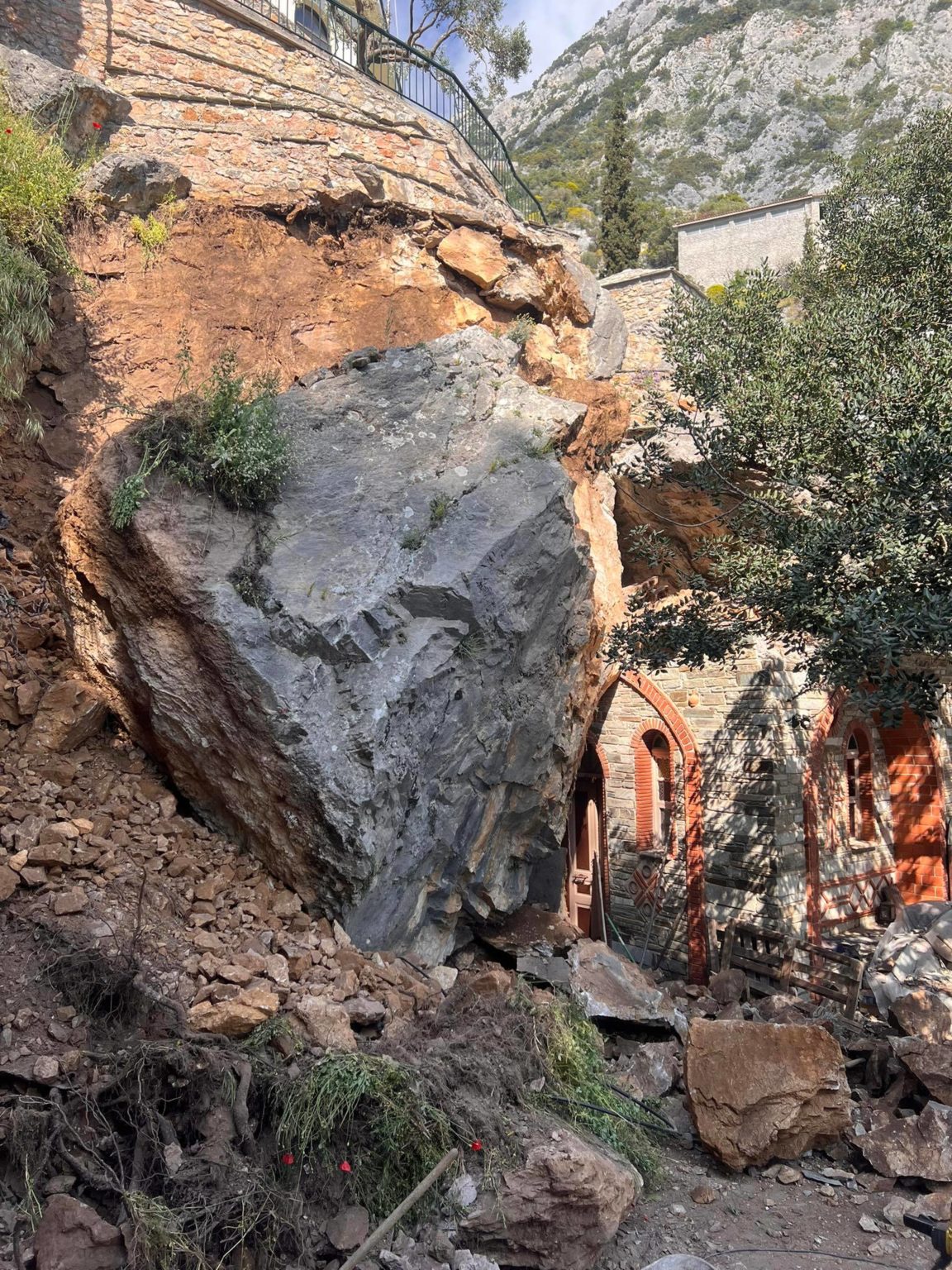