A Spirit of Lust

For us Americans, we might pray for a spirit that quenches the lust for money. We never have enough of it. We feel that it’s the answer to all problems. We are made to imagine what a person could do with the multimillion dollar jackpots advertised everywhere, tempting us with buying tickets.
Archpriest Vladimir Berzonsky | 26 July 2011

“Give me not a spirit of laziness, discouragement, lust for power, or idle talk….” (St. Ephraim’s Prayer) 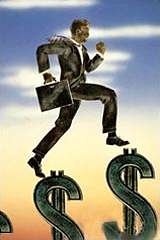 This sin of yearning to have power attacks the serious Christian and can become an obsession. It appears in the prayer that all Orthodox Christians know by heart, since it’s recited countless times throughout the Great Lent. I lift it up to the Lord all year long because it has such depth and meaningfulness. Why “lust for power”? Why not just lust? Doesn’t that cover it all? St. Ephraim wrote the prayer for monks and nuns. The assumption is that pure lust, the passion for sexual congress with another person, had been conquered sometime in the past. But with each conquest, another sin rears its ugly head. Young monks battle the sins below the navel, and that may take years to declare a victory; however, after that, the sin of pride appears. Why should I not be elected abbot, he asks himself, since it’s clear that I have so much more virtue and ability than the present abbot? And why not select me to be bishop? Surely the Church could make good use of my talents.

For us Americans, we might pray for a spirit that quenches the lust for money. We never have enough of it. We feel that it’s the answer to all problems. We are made to imagine what a person could do with the multimillion dollar jackpots advertised everywhere, tempting us with buying tickets. Athletes playing for a community or region cheer with the fans when a victory is accomplished, only to have their agents visit the owners to negotiate even more millions than they already earn. Tell them about team loyalty, fan appreciation – and they utter the infamous phrase heard throughout the land: “Show me the money.” Somewhere after our junior and senior high school years, the team spirit and the honor of old-fashioned allegiance morphs into what a young athlete is worth in dollars.

All three are enemies of the Christian who is intent on self-conquest, the prerequisite for following Jesus Christ through this lifetime and on into the kingdom of Heaven. “Why do you call Me ‘Lord, Lord,’ and don’t do what I say?” the Lord Jesus asked. We who were baptized into Christ and sealed with the gift of the Holy Spirit have given ourselves over to Satan, claiming that we have no power to control our desires. We gratify the senses. Granted, we are living in a culture that encourages surrender to the senses; nevertheless, we are not citizens of this world but members of the kingdom of Heaven. It’s not only for monastics to wage spiritual warfare against temptations; they are but examples for all of us. Until recently the American culture of self-indulgence, luxury and pleasure seeking especially in sexual ways has been idealized as the only worthwhile goal of life. How quickly that lifestyle is now challenged by the freefall of our economy. Suddenly Americans have come to realize that reality has burst the dream bubble of an endless bacchanalia: We can no longer afford the unrestrained gratification that had become an accepted way of life. But what is bad for the economy can be good for our salvation. When we have fewer dollars, we may hold onto them longer, and when we do spend, we may even read the words once believed, and perhaps once again: “In God we trust.” Not in the political system, nor in wisdom of economists who predicted that America could never again experience another Great Depression, but our trust is in the Creator of heaven and earth, in the Son of God Who invites us to follow Him to the Father’s kingdom with the guidance of the Holy Spirit within, fleeing from all forms of lust and purifying our souls by repentance, prayer and love.