Source: Greek Reporter
Philip Chrysopoulos | 07 October 2015
Archbishop Ieronymos II of Athens and All Greece accused Europe and the Greek government of trying to alter Christian Greek society and the identity of Greek people. 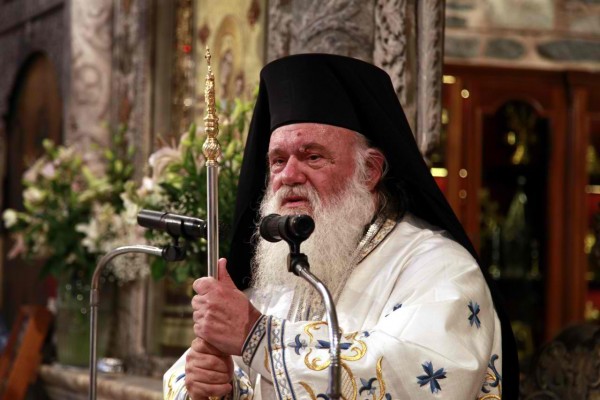 Ieronymos spoke on the occasion of a recent government proposal to make easier for students to be exempted from religious education classes.

“The recent incident regarding religious education classes is the tip of the iceberg, I’m afraid. It seems that our European friends — taking advantage of our dire economic situation and in light of changing the economic relations between us — will seek by all means to alter Greek society starting with our schools,” Ieronymos said, addressing the Annual Conference of the Holy Synod.

“The tragic thing is that our enemies are no longer far away. They are inside our walls. We can see it,” he said. The Archbishop referred to the reforms required by Greece’s creditors as part of the bailout agreement. He said that the Greek government has committed to a series of reforms and measures that are imposed by international creditors in order to “devalue Greek history and our traditions, tear down the institution of family, enforce perverted ideas, further degrade our language and show obvious contempt for centuries of our great civilization, our homeland, our faith.”

The Archbishop called on the faithful Greek people, the hierarchy of the Greek Orthodox Church and the clergy to defend Greece’s traditions and faith. He also called on the state to collaborate with the Church “with sincerity and consistency and to set an example to our people for cooperation and unity.”