The first visit of His Beatitude, Archbishop Ieronymos of Athens and All Greece, to the Russian Orthodox Church took place from May 23 to 30, 2012.

During the course of his official visit, Archbishop Ieronymos concelebrated the Divine Liturgy on the Feast of the Lord’s Ascension with His Holiness, Patriarch Kirill of Moscow and All Russia, in the Dormition Cathedral in the Kremlin. He also participated in the opening ceremony of the Days of Slavic Literature and Culture and attended a festive concert at the Cathedral of Christ the Savior’s Hall of Church Councils. 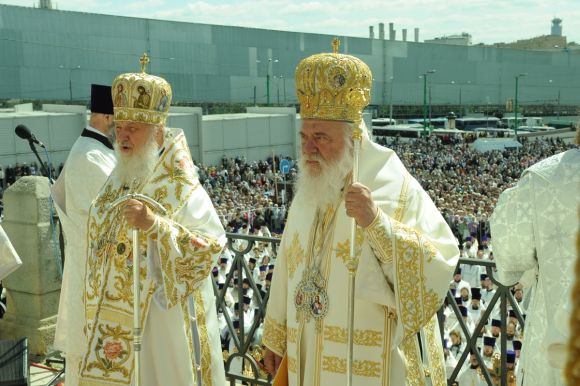 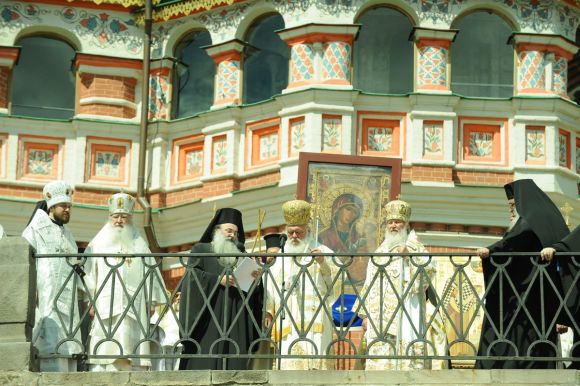 On May 24, 2012, His Holiness, Patriarch Kirill of Moscow and All Russia, and His Beatitude, Archbishop Ieronymos of Athens and All Greece, met with the Russian President Vladimir Putin in the Throne Hall of the Cathedral of Christ the Savior.

The Russian head of state greeted His Beatitude, Archbishop Ieronymos, saying: “I thank you for having found the time to come today, when we celebrate the name-day of our Patriarch and the Day of Slavic Literature and Culture. On such a day it is especially evident that we are united by deep spiritual roots.” President Putin expressed his confidence that the Primate would enjoy his stay in Russia.

Archbishop Ieronymos thanked the President, remarking: “In accordance with church practice, I am paying an official peace visit to His Holiness, the Patriarch of Moscow and All Russia. We chose the present day because it is the great Christian feast of the Lord’s Ascension and also the day on which Sts. Cyril and Methodius are commemorated. We wanted to celebrate together the name-day of His Holiness, Patriarch Kirill.” 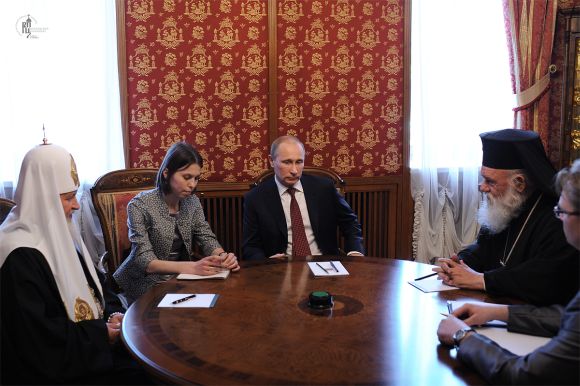 During his visit to St. Petersburg, His Beatitude and those with him visited the St. Petersburg Theological Academy and Seminary.

The Rector, Bishop Ambrose of Gatchina, welcomed His Beatitude at the entrance to the Academy along with teachers and students. His Beatitude viewed the Chapel of St. John the Theologian, where he venerated the Tsarskoe Selo Icon of the Sign.

A festive assembly took place at the Academy’s Grand Hall to mark the Primate’s visit. Archbishop Ieronymos addressed the faculty and students: “When thinking of the striking influence of the Holy Russian Church on all spheres of the national, political, religious, and social life of Great Russia, I – as Primate of the apostolic and autocephalous Church of Greece and simply a person – experience a feeling of strong excitement. This excitement grows even stronger from being now within the sacred walls of the St. Petersburg Theological Academy, which in the nineteenth and early twentieth centuries became the alma mater of many outstanding Greek theologians. It left an indelible mark on the fate of Orthodox theology during a period of dangerous ideological and religious upheaval in the life of the Orthodox nations. With this in mind, I consider it my highest duty to touch upon with befitting respect the tireless and manifold service of the Holy and Great Church of Christ both for the spiritual rebirth of the great Russian people and for the consolidation of the indissoluble spiritual kinship that arose from the sacred baptismal waters and has continued for some ten centuries (860 to 2012), not only in happy times but also in difficult ones, governed by the spiritual relations between our nations.” 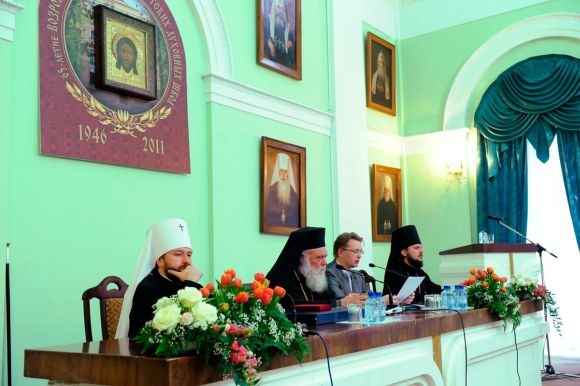 On May 29, 2012, the delegation from the Church of Greece visited the Trinity-Sergius Lavra, the Moscow Theological Academy and Seminary, and the Sofrino church goods company.

His Beatitude and those with him venerated the relics of St. Sergius in the Trinity Cathedral of the Trinity and then proceeded to the Dormition Cathedral. Archbishop Feognost of Sergiev Posad, Deputy Abbot of the Lavra, greeted Archbishop Ieronymos on behalf of the monastic brotherhood to thank him for his visit.

The delegation visited the Moscow Theological Academy and Seminary, the oldest educational institution in Russia. Archbishop Evgeny of Vereya, Rector of the theological schools, greeted the guests.

His Beatitude addressed the faculty and students. Following a long and interesting talk, he responded to many questions. 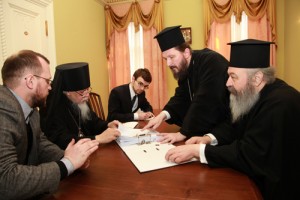 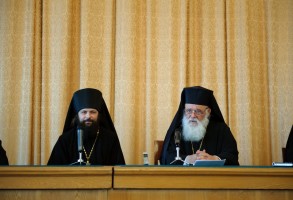 Archbishop Ieronymos of Athens and All…
admin

On May 29, 2012, a delegation from the Orthodox Church of Greece visited the Moscow Theological…

Most viewed articles
The Authenticity of the Vision of Christ in the Life of Saint Silouan107
Epistle of the Council of Bishops of the Russian Orthodox Church Outside of Russia85
“A New Creation” Through the Cross of the New Adam57
The Bulgarian Church Can Canonize Its First Patriarch49
“The models par excellence are the great hesychast saints,” says Romanian Orthodox Bishop of Oradea42
Living with Cunning People27
The work of the Church in society is quiet, but full of hope and love, says the Director of Lumina Publications11
Most popular authors
Pravmir.com team134
Archimandrite Zacharias Zacharou107
Priest Philip LeMasters57
Ștefana Totorcea53
Fr. Andreas Agathokleous27