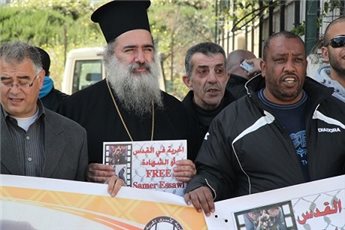 Residents organized a sit-in on Thursday in front of the Red Cross encouraging detainees on hunger strike and in solidarity with the loss of detainee Maysara Abu Hamdiyeh.

Jerusalem figures and families of detainees participated in the demonstration.

Orthodox Archbishop Atallah Hanna said that “we are in the heart of Jerusalem expressing solidarity with all our detainees, especially our Hebron people who lost detainee Maysara.

“This sit-in is to tell them that we don’t forget them and we reject Israeli brutality against detainees.” 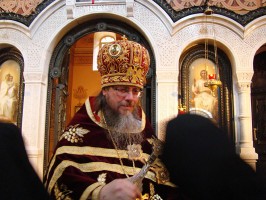 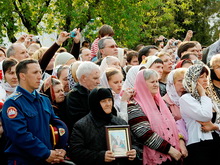