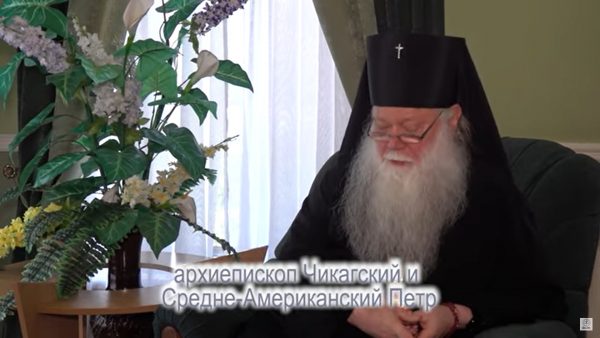 His Eminence Archbishop Peter of Chicago and Mid-America was in his youth the cell-attendant of St John of Shanghai and San Francisco, the Miracle-worker, and during a visit to Ukraine shared his memories of the holy man during an interview with the press service of the Poltava Diocese.

The future bishop of the Russian Orthodox Church Outside of Russia, then still Mikhail Maximovich, enrolled in Petrovsky Poltavsky Cadet Corps in 1907. According to Vladyka Peter, Mikhail excelled in his studies and gladdened the hearts of his parents. But as his sister Maria Borisovna remembered, there were two subjects he didn’t like—gymnastics and dancing.

In response to a question of how after military school Mikhail Maximovich chose to serve God, Archbishop Peter explained that the future saint was drawn to the Church since childhood. One episode illustrates this, when during a formal march on the streets of Poltava, Mikhail Maximovich was the only cadet who removed his cap and crossed himself as they passed a cathedral. When this misdeed was reported to the Inspector General of Military Academies of the Russian Empire, who was visiting for the 200th-anniversary celebrations of the Battle of Poltava, announced to the whole corps: “Though he was wrong, well done nonetheless!”

Here is the full interview (in Russian):