Are There Especially Many Mosquitoes This Year? Entomologist Roman Khryapin Explains 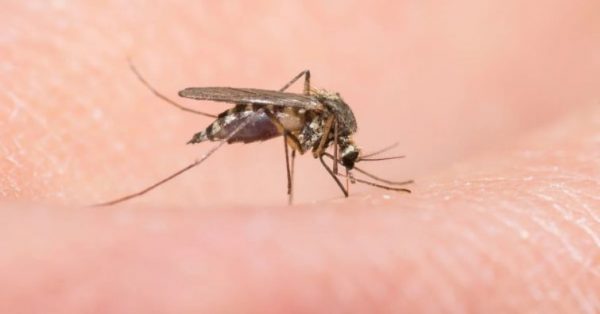 A cold rainy spring, an abnormally warm, snowless winter and a self-isolation regime: did all this affect mosquitoes and ticks, are there more of them than usual, did they become angrier? Should a stuck tick be filled with oil? Entomologist Roman Khryapin talks about this.

– They say that during the quarantine, mosquitoes starved for us. Is this true?

– Hardly. In addition to humans, mosquitoes have food sources such as mammals and birds, which are always abundant in nature. If mosquitoes fed on only people, then they would live only next to people. But in the forest, in the taiga, the quantity of gnats is not less.

All blood-sucking dipterans are called gnats: mosquitoes, midges, horseflies, biting midges. They feed on animal blood, and humans make up only a small part of their diet.

– How do they bite birds? They have plumage, there is not a single open area.

– That’s not true. Birds have many vulnerable spots: around the eyes, around the beak, around the cloaca. The mosquito, even if fails for the first time, will find a chance to drink blood. A person in tight, closed clothes is also not easy to bite, but mosquitoes can definitely find a place.

– Spring was unusually rainy, did it somehow affect the number of mosquitoes?

– Heavy rains are not necessary for mosquitoes. Any stagnant body of water is enough for them. Even if there is no rain, some lakes, swampy areas will not dry out quickly. I’m not talking about water barrels, baths, cans and other containers filled with water, which gardeners usually have. The mosquito will find a puddle.

– Where do mosquitoes come from in winter in city apartments?

– If the basement is heated and not cooled, a very favorable environment for the development of larvae is created. They don’t need a lot of water, just a little is enough. If the temperature all year round is higher than at least 5 degrees, the mosquito will live.

The so-called basement mosquito has adapted to living in flooded basements. Many people consider it a separate subspecies, but it seems to me that it is just a form that has adapted slightly better to the existence in rooms and indoor tanks.

– You often hear: “This year the mosquitoes are especially evil.” Can they really be more evil and less evil?

– I, frankly, do not know the criteria by which to assess the anger of mosquitoes. We can measure their aggressiveness. It correlates with their numbers. Well, just the more mosquitoes, the more bites. Nothing supernatural.

But I have not heard that mosquitoes can be more aggressive depending on some external conditions.

– Why are there a lot of mosquitoes at sunset? If you come for a swim in the evening, you won’t be glad.

– The mosquito does not like heat and sun rays, it can die in direct sunlight. Therefore, the most favorable time for its activity is the evening and early morning hours, if the night was not very cold. A gloomy and cool day is their favorite weather.

– Everyone says that this year there are more mosquitoes than usual.

– To be honest, I did not notice it. I had more of them at my summer house last year.

But there is no universal criterion for assessing the number of mosquitoes. It all depends on the area, on its climatic conditions. If a pipe burst somewhere or the river flooded the area, then there are more mosquitoes.

From my experience I can say that the Orekhovo-Zuevsky district is abundantly populated with mosquitoes. And now I am in a village where there are practically no mosquitoes. But if we drive 10 kilometers into the forest, the picture will be different. In an open area warmed by the sun, there are always fewer mosquitoes: no bush, no tree, no source of shade, no stones, no basements. But they can hide and live under the canopy of the forest, especially if it is a shady spruce forest, oaks, aspens, where the moisture remains in the lower tier.

– Do we have an opportunity to meet the malaria mosquito in the midland? They used to scare us with them.

– Yes, these are mosquitoes of the genus Anopheles: an old component of our fauna, there are several types of them. They have spotted wings, long legs, and when such a mosquito sits down, it lifts the back of its body up at an angle of 45 degrees. Unlike the common mosquito, anopheles can carry malaria, but for this they need to be infected with the malaria themselves.

By the way, the insect also suffers from malaria, it develops tumors in the intestines. If a mosquito first bit a patient with malaria, then it became a carrier. When it bites a healthy person (just in case: one female mosquito sucks three or four times, and not once, as they sometimes think), it will infect him. But malaria is rare in our latitudes, the chance of meeting anopheles-carrier is small, you should not be afraid of this.

In Winter, They Don’t Freeze, They Just Sleep

– As for the number of mosquitoes, everything is individual. But I have a firm conviction that this year already from the end of March – the beginning of April there were a lot of ticks. Is this also a delusion?

– No, this is not a delusion. Everything here is justified by the seasonal factor: a very cool long spring. Tick ​​activity is usually spring, late summer and early fall. In cool weather with an abundance of rainfall, they feel very good. But in dry and hot weather, their activity decreases sharply.

– Did the snowless winter of this year in the Moscow region somehow affect them?

– No, if there was a harsh and little snow winter, then a certain number of ticks would be frozen. But when there is snow, or when there is no snow, but there is no cold weather, this does not affect them in any way. They endured this winter no better and no worse than other winters, they just slept. Both adult ticks and their larvae hibernate.

– How long do they live?

– The ticks near Moscow are not, as we all know, carriers of encephalitis, are they?

– Yes, they actually are. In Moscow region, two districts- Dmitrovsky and Taldomsky – are officially endemic for the tick-borne encephalitis virus. If you have been bitten by a tick in one of these two areas, then you should take this tick to the laboratory as soon as possible, and you will be tested for free, while in all other cases you’ll need to pay money.

Why Do White Clothes Help Against Ticks

– What should I do if I was bitten by a tick?

– It is advisable to take it out and keep it alive, because if it dies, the encephalitis virus can also die. It is not worth dripping with oil, as some people do, it is difficult to isolate a virus from such a tick.

It is better to put it in a clean, dry jar with a damp cotton swab, close it and take it for examination. On encephalitis.ru there is detailed instructions on what to do if you got bitten by a tick. The addresses of laboratories in all regions of the Russian Federation are also given there.

– Is borreliosis tick found much more often than encephalitis?

– Yes, of course, ticks are infected with borreliosis almost everywhere. But even if you are bitten by a borreliosis tick, this does not always mean that it has infected you. First, you have your own immunity and the body can handle it on its own. Secondly, if the tick was quickly removed, and it did not drink blood for a long time, then it could not transmit borreliosis at all.

It is very simple to understand whether an infection has occurred: a characteristic red ring forms around the bite site. Not just redness and swelling, but a clear annular erythema. This means that the body reacts to the invading bacteria. Then you need to start antibiotic treatment as soon as possible and, as a rule, all this is cured quickly and easily.

– Do repellents help with ticks?

– It’s not an absolute weapon, but it reduces the chance of being bitten. It must be written on the repellent that it is from ticks. This means that it has a higher content of active ingredient. Usually it is diethyltoluamide, the same as from mosquitoes and other blood-sucking insects. But 10% of diethyltoluamide is enough to repel mosquitoes, and not less than 30% needed to repel ticks.

– In my childhood, it was believed that ticks fall from above, so you need to wear a cap.

– This is nonsense, no one falls on us from above. The tick sits in tall grass, at the ready, with its front legs apart, as if it wants to hug you. When you pass by and touch a blade of grass, he crawls on you, and then looks for where to stick to. It would be nice for you to track it down and catch it at this moment: light clothes help here, the tick is better visible on it.

A Tick Is Dangerous for a Dog, But Not for a Cat

– Do people and animals suffer from the same ticks?

– Is there any way to treat the meadows from ticks?

– Yes, there are many tools here. If there are no heavy regular rains, then this treatment is enough for a month and a half. By the way, it will also help against mosquitoes, they are weaker than ticks. But mosquitoes can fly back to this place, and ticks move slowly, so it takes much longer for new ones to arrive.

– Now that the heat has come, we shouldn’t expect any special dangers in our latitudes from ticks, should we?

– It’s hot, but it rains, so the humidity, especially in the forest, in the grassy layer is quite high. If the heat alternates with regular rains, then I’m afraid the ticks will continue to be active.

Scientists believe that this measure was excessive