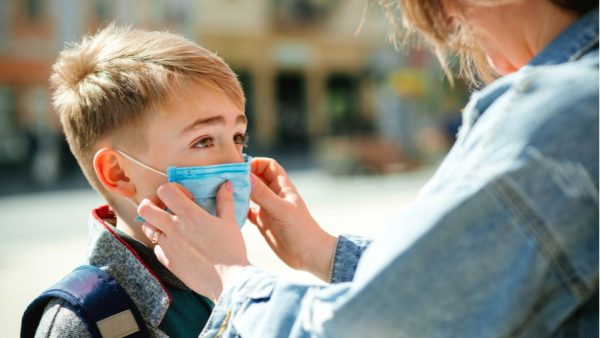 At the beginning, schools got closed, because it was believed that children, with rare exceptions, are hardly ever sick and if they are, the sickness is mild, but at the same time they are active carriers of the disease. However, evidence has recently emerged that calls into question the fact that children spread the infection effectively. Is that so? We asked Anton Barchuk, an epidemiologist, and Dmitry Troschansky, an infectious disease specialist, about this.

A study by the Pasteur Institute in France, which involved 1340 people, shows that the proportion of schoolchildren aged 6-11 infected with the new coronavirus is only 8,8%, and these infections occurred outside of school, usually in families. Moreover, the students did not appear to have transmitted the virus at school either to their classmates or the school staff.

Similar conclusions were reached in Switzerland. In Geneva, 39 families with children under the age of 16 were studied. In only three of them (8%), the disease was brought to a family by a child. In all other cases, children got infected by adults or alongside them. A Chinese study found that out of 68 COVID-positive children who went to a clinic for mothers with children in Qingdai, 65 (95,59%) got the virus from older family members.

So, should school holidays (which many families use as an opportunity to go to the sea) be extended, and in prospect should schools be closed again and transferred to online learning?

How to avoid the closure of schools

— New research suggests that children are not such dangerous carriers of the virus. Is that so? 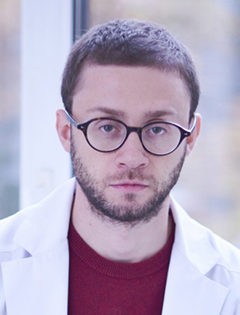 — Children seem to have a low probability of transmission, lower than adults. One possible reason is that children get sick less often, and if they are sick, they have mild symptoms and recover quickly, so they cannot be effective carriers.

Perhaps, if a person shows no symptoms, under otherwise equal conditions, they will infect fewer people around than those who show symptoms. According to some assumptions, asymptomatic patients have only a quarter of the potential to infect others. Although there is also a contrary opinion. But there is no exact data.

— If a person is asymptomatic, how can we even know if they are a carrier?

— The only way we can know is to test the entire population, which, of course, cannot be achieved. Therefore, there is a general consensus that anyone can be a carrier: both a person with symptoms and a person without them. However, if a person is asymptomatic, they may be less active in spreading the virus.

— Yet, there is also another opinion: a child cannot maintain a social distance, wear a mask, and that is why they are dangerous.

— By the way, it is because of the risk that everyone is asked to wear masks: because of the risk of transmission from asymptomatic (or presymptomatic) adults. As for children, after all, we are not seeing a lot of outbreaks in schools. Hospitals are much more dangerous, although everyone wears masks there and does not actively communicate with each other. This is further evidence that children do not pose such a great danger, their “irresponsibility” does not compensate for the low risk of getting infected and the low transmission efficiency.

— Imagine that you can make decisions at the city level. Would you close schools or extend school breaks?

— Fortunately, I do not make such decisions, because you cannot make good decisions here. On the one hand, we have the spread of a rather dangerous infection. On the other hand, we have strict measures related to lockdown and school closures.

I would maintain some balance. It is necessary to ensure that measures are taken to reduce contacts, hand and respiratory hygiene is maintained. Some reasonable measures of separation within schools and classes can be implemented, if possible. They may introduce a half day at school. Perhaps, children will not go on excursions or visit museums in groups for a while.

The most important thing is to avoid school closures: instead, it is better to reduce contacts inside and outside of schools. And to give mandatory instructions to parents: if a child has any symptoms, such as a runny nose, then they should stay at home, as it is impossible to distinguish between a normal respiratory infection and coronavirus, especially in children.

— Is the measure to extend schools breaks sensible?

— Once again, any measures aimed at separating people lead to the virus circulating worse. An extra week for the break is one of those half measures that will stop the spread of the infection.

The task is not to eradicate the virus, but to make sure that medical institutions can cope with the patient volume. And, on the other hand, so that it does not affect other aspects of life. The balance of benefit and harm is important.

I think that now, during the so-called second wave, we have come closer to balance. Although, we still do not fully understand some measures. At first, there was a strong spread and a strong response, up to complete suspension of contacts. Everyone was very afraid that the situation would be like in Italy. In September, everything began again, but now countries do not hurry to implement such strong measures.

— How do you feel about the information that people are booking vacations to spend the mellow season at the sea thanks to the sudden additional holidays? From the point of view of the infection spread, what is more dangerous: a school or an airport?

— Well, simply because children do not travel alone, but with their parents, the risks are much greater. An airport primarily means a lot of contacts between adults, and travels between countries are one of the main sources of the epidemic. Yet, on the other hand, the absolute number of families with children that go to school is much higher than the number of families that will go to Turkey.

— You are currently in Finland. What measures are being taken there?

— Children go to school, but parents are not allowed inside the school building. If any disease is suspected (even if it is just a runny nose), the child is asked to stay at home. They are also recommended to get tested if symptoms persist. If tested positive, a class or even an entire school may go into quarantine. But here, they try to avoid closing schools and maintain control over the situation.

— Is there a sharp increase in cases as well?

— There is an increase, but the system works a little differently. If a case is detected, they immediately try to identify all contacts and test all of them. If there are confirmed cases, people are put on quarantine. So the contact chains get intercepted, and the virus is not transmitted further. This has been working so far, and most new cases are detected among the already identified contacts. As a rule, these are all mild forms of the disease.

— Do you expect a repeat exponent in Russia?

— It is hard to predict anything. Still, there is a certain layer of people who have already been sick, and we can assume that those people were the most effective carriers. Let’s hope that they have an immune response now and will no longer carry the virus.

Furthermore, I hope that the population is not as naïve about protection against coronavirus as it was a few months ago. Maybe not all, but many observe the measures. In the beginning of the first wave, no one took precautions and there were no patients who had already recovered from the virus at all.

— That is the problem. People mobilized during the first time, but now they are relaxed, because they have already gone through this.

— Yes, that also happens, no doubt. People get tired of observing the measures. In a study we conducted at the European University in St. Petersburgh, we also tried to determine how people wear masks. It turned out that with each subsequent week of the epidemic, fewer people were wearing them.

In addition, there is an understanding that although the new virus disease has a high lethality (people who could still live die from it), most people will think of it as a severe flu that will pass without consequences.

So, I understand where people are coming from. Even if we urge them to protect the elderly, the weak and so on, they will listen to it once or twice and then forget. We must try to create conditions, under which the implemented measures would either be impossible not to comply or they would be natural and would not cause extra problems for a person. Implementing such measures is more difficult than just giving recommendations. I would not be so categorical about people who do not wear masks.

— Fortunately, COVID-19 cases are very rare among children, although they may suffer from severe Kawasaki-like syndromes or other systematic diseases. There are also isolated cases of deaths.

Though the vast majority of children show mild symptoms, they do not know how to keep social distance, and their level of the virus transmission is, at least, not lower, but possibly higher than in adults. Therefore, as a transmission factor, children play a very significant role.

The fact that children in Moscow were quarantined for a month in the spring, even before the epidemic spread, was the only correct decision of our leaders. This saved us from both new deaths and the complete collapse of the Moscow healthcare system.

Why do professors leave the Higher School of Economics?

Is it possible to create a university without money and bureaucracy?

Most viewed articles
A Great Time to Join the Orthodox Church279
First Church in the Antiochian Archdiocese Named for St. Xenia of St. Petersburg Prepares for Feast Day112
The Way of Christ Is The Way of Love82
My World’s Different78
Metropolitan Hilarion: the Church and traditional confessions have done everything possible to improve the situation in Kazakhstan73
Brooklyn Street Co-Named for Antiochian Pastor Who Served a Half Century There72
Patriarch Porfirije of the Serbia: Our Position on the Church Issue in Ukraine Has Not Changed46
1
4-400×6001
Most popular authors
Frederica Matthewes-Green276
Pravmir.com team226
Fr. Theodore Stylianopoulos82
Protopresbyter Themistoklis Mourtzanos77
Peter Samore72