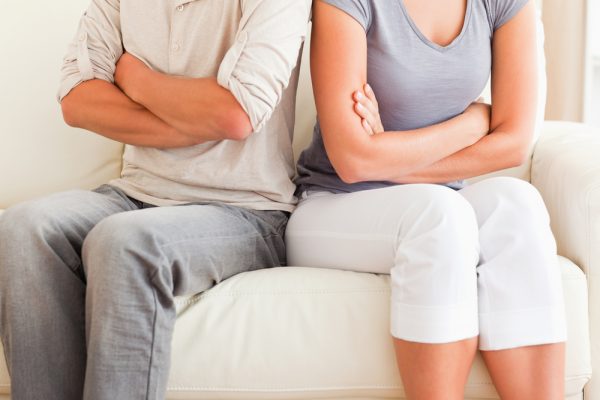 My bedtime reading these days has been the letters of Sts. Barsanuphius and John.  I enjoy reading these letters because they almost always send me to sleep with an edifying thought of practical spiritual wisdom.  In letters 540 and 541 the Saints are asked how one should deal with a conflict with a superior.  The specific situation is as follows:

One of the Fathers of the community is accompanying a Brother on a journey, the Father, who is superior to the Brother, insists on carrying the Brother’s baggage.  However, this is “inappropriate” and “without edification.”  That is, it is causing a scandal to those who see it.  What should this Brother do?

The fellow writing this letter writes a follow-up letter asking for clarification.  He says, “So [you’re saying] that in this case, the argument is worse than the alternative.  Therefore, between two evils, one should choose the lesser evil.”   St. John replies, “Argumentation after repentance reveals that something is according to the devil, and one should not pursue it.”

And whatever “after repentance” means, it is clear that for St. John to argue is a greater evil than whatever scandal or potential scandal one may be arguing about, for he says, “If he [the Father] continues to insist after the second prostration, then do not argue with him; for this belongs to the devil.”  So, as St. John’s correspondent summarizes, “the argument is worse than the alternative.”

I bring this up because my heart is sorely troubled by the temptation to argue.  St. Paul warns St. Timothy to avoid “disputes and arguments about words…from such withdraw yourself” (1 Tim. 6:4,5).  In my experience, it is not that difficult to withdraw myself from arguments with people if I am willing to look like a fool, if I am willing to let the other person think they have won.  All I have to do is stop talking and swallow my pride.  After all, unless God opens someone’s eyes, they won’t see no matter what I say.

A priest friend of mine once said that he experienced a moment of epiphany when he asked himself, “when I argue in my head, who is answering back to me?”  It was at that point that he realized that he had been arguing with a demon.  This word from my brother priest spoke very loudly to me.  When an argument in my head causes me to become angry or frustrated and my peace flees from me and I cannot pray, then certainly I have allowed something of the devil into my mind.

But letting go, letting the other person or thought or indeed even demon, think that they have won is not easy.  It requires a great deal of faith.  In order to let go of an argument I have to believe, really believe, that God is God, that only God opens eyes, that if God did not give me the words to enlighten the situation on the first or second attempt (based on the two prostrations in St. John’s original advice), then almost certainly God has not given me the grace to respond to the situation in an enlightened way.  Or rather, that the enlightened response to the situation that God has given me is silence.

And returning to silence in my mind requires a bit of mental work, mental warfare.  In St. Paul’s famous passage about spiritual warfare in 2 Corinthians 10, he specifically mentions arguments as one of the high things that must be cast down because they exalt themselves against the knowledge of God.  Arguments, St. Paul tells us, along with every other “high thing” must be brought into obedience to Christ.  Forcing myself to turn away from the argument in my mind and to return to Christ in my heart is the only way I have found to recapture the peace which fled when I accepted the devil’s bait and began to argue.