Father John Whiteford says believers must not succumb to trends in secular culture, but support marriages, including their own, according to God’s design

Orthodox Christians should confront the current trend toward the redefinition of marriage in western countries by standing for the truth and make sure their own marriages are strong, according to Father John Whiteford, a Russian Orthodox Priest at Saint Jonah Orthodox Church in Spring, Texas.

In the wake of recent decisions by governments in France and the U.S. state of Illinois to legalize homosexual marriage, the Russian Orthodox Church Outside of Russia pastor outlined the Bible’s teaching on marriage and how Holy Scripture and Tradition are relevant to these recent events. God’s proliferation of humankind is based on the male-female union.

“The teaching of the Church is that marriage springs from God’s creation. God created man, male and female, and Christ talks about how a man is to unite to his wife as they become one flesh—so nature itself, as God created it, tells us that marriage between a man and a woman is what society is built upon and history tells us that as well, “ Fr. John said. “The undeniable truth is that you don’t have children coming from two men or two women.”

While nature may be bypassed through adoption or artificial insemination, parents of both genders are necessary for stability and a lack thereof is ultimately detrimental to society at large, Fr. John explained.

“You can make a very strong case [against gay marriage] based on the benefit to society because there are a number of undeniable truths that are just observable, empirical facts, you don’t have to be a Christian to accept them,” he said. The rights of children to be born of a mother and a father, a key platform for hundreds of thousands of French gay-marriage protesters who made their case under the Eifel Tower Jan. 13, is a key to understanding what is at stake for society.

“If you believe that men and women are different, which is obviously true, and if you believe a child needs to have a good male role model as well as a good female role model, then it would be hard to argue with the fact that a child should have two parents—a male and a female parent.”

Fr. John pointed to studies on behavior in gay relationships—prevailing promiscuity among gay men and the frequency of dissolution of relationships among gay women—as an indication of the lack of balance which is only contained in God’s male-female union.

“With two men there is an imbalance in one direction and with two women and imbalance in another direction. That’s leaving aside the question of the morality of those parents,” Fr. John said.

Despite the deeper implications of advancing the gay marriage agenda, advocates have attempted to push aside dissenting voices through intimidation and the characterization of those who support traditional marriage as bigots standing in the way of civil rights. Homosexual advocacy groups have also repeatedly tried to pressure employers to fire people who speak out publicly against gay marriage. Fr. John pointed to the irony behind casting Gay marriage as a civil rights issue.

“They make the comparison with the civil rights movement, but [U.S. civil rights campaigners] were successful because they appealed to the Christian sensibilities of the majority of people in this country,” he said. “It is only the secular instincts of people that [gay marriage campaigners] are going to appeal to. The day is never going to come where people who take the Bible seriously or Christian Tradition seriously can be embarrassed or shamed into accepting homosexuality as acceptable behavior.”

The pastor also cautioned believers against buying into the seeming inevitability of the gay rights and marriage agendas prevailing, regardless of trends and purported statistical tipping points.

“There have been times in human history where people have been more immoral than they are today and times when they have been more moral. Our job is not to put our finger in the wind and go with the prevailing trends, our job is to stand for the truth whatever comes our way,” Fr. John said.

While some gay advocacy tactics might amount to persecution, Fr. John put it in perspective for believers pessimistic about the future of freedom of conscience in the west.

“Persecution often has unintended consequences. In many cases persecution winds up strengthening the group that you are persecuting,” Fr. John said. “The church is not unfamiliar with persecution and we just have to stand for the truth no matter what people are trying to do. We don’t have any choice in the matter.”

Compared with the often torturous ordeals endured by the Saints throughout the history of the Church, having people think badly of us and call us names is not something that we should wince at, Fr. John added. When the opportunity to speak up comes, it should be done with kindness and in the spirit of Christian love, Fr. John explained, rather than in the antagonistic and “hateful” style of the Westboro Baptist Church.

“I don’t think there is any reason for us to go out and hammer people, but if the subject comes up we have to say what we believe in a kind way,” he said. “And in society overall, for example if there is an issue on the ballot to legalize gay marriage, it’s our responsibility to stand up and say we don’t agree with homosexuality or gay marriage, and that we don’t want to redefine marriage to accommodate an immoral lifestyle.”

A better strategy is to live out our lives as orthodox Christians, Fr. John explained, “and people will ask us questions. And if they do, hopefully we can give them a good answer and sway them by our love and our reasoning at the same time. God is on the throne and He sees what’s going on and if we believe the scriptures, we know He will prevail in the end.”

“We really do need to drive home the fact that heterosexuals need to get their act together,” Fr. John said. “We need to have strong marriages and we need to resist the temptations of the culture towards fornication because we live in a culture where more and more heterosexuals are bailing out on marriage and going from one relationship to another relationship and having children with multiple other parties, and this stuff is destructive to the home and the family.”

Clergy especially must make these points.

“Even though it might be uncomfortable for some people to hear, because we have people in our parishes that are involved in these kinds of relationships and who take marriage lightly–that’s not to say that God can’t forgive these things and people can’t be restored–but we need to try to get people to take marriage more seriously, and to avoid divorce at… not quite all costs–but to at least see divorce as an absolute last resort for extraordinary circumstances, rather than as an easy way out of perhaps an unpleasant patch in a marriage” 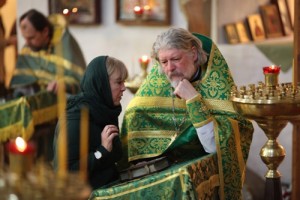 What Happens if My Confession Isn’t…
Archpriest Alexei Uminsky

Question: What should I do if my confession isn’t heard all the way through? How can…

The situation of an Orthodox person, an Orthodox Christian who lives in the contemporary world, may… 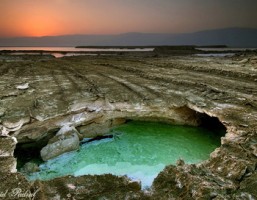 Contemporary homosexual culture? How can we talk of such a thing? What do we mean? It…