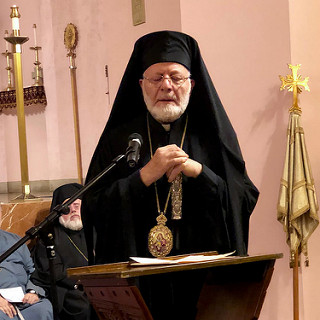 At a gathering of Orthodox Christian hierarchs and clerics with leaders of the diplomatic community in New York City, His Eminence Metropolitan Joseph, primate of the Antiochian Archdiocese, called for the members of United Nations to end violence and suffering around the world.

“We are next door to the United Nations, and I hope that our prayer will be heard for the safety of the entire community, the entire nation, and for the inspiration of the U.N. to do something and help us in this endeavor,” Sayidna Joseph said.

The Joint Commission of Oriental and Eastern Orthodox Churches brought the religious and diplomatic leaders together for the 11th annual “Orthodox Prayer Service and Reception for the United Nations Community” at St. Vartan Armenian Apostolic Cathedral on Tuesday night, November 14. It focused on the continuing humanitarian crisis in Syria and Iraq.

In his remarks, Sayidna Joseph recalled the parable of our Lord, God and Savior Jesus Christ about the Good Samaritan (Luke 10:25-37), in which our Lord taught that anyone suffering next to us is our neighbor and in need of our help. “Everywhere with suffering people, they are my people, and actually, they are your people as well,” Sayidna said.

“Mercy and justice: this is our call, this is our cause, this is our mission, whether we are diplomats or clergy or laity,” His Eminence continued. “If we do nothing for these suffering people, then it’s another crime. God Himself became the Good Samaritan, and we learn from Him how to be ‘good Samaritans.'”

As vice chairman of the Assembly of Canonical Orthodox Bishops of the United States of America, Sayidna Joseph has always pledged to the diplomatic community his personal support and guidance to create peaceful solutions to end violence worldwide, especially in the Middle East.​ 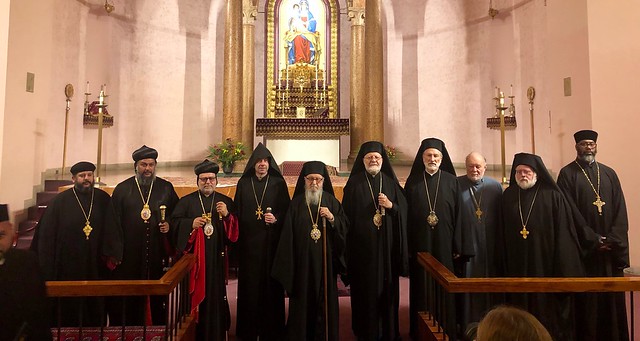