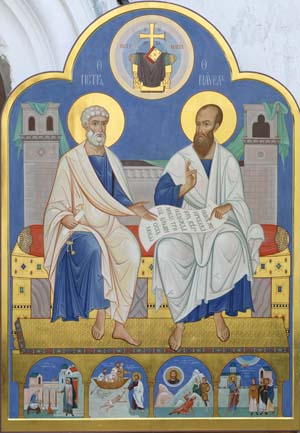 Questions and Answers on the Apostles’ Fast

Strengthening Our Faith: on the Beginning of the Apostles’ Fast

How Should We Observe the Apostles’ Fast?

The Need for Fasting
Concerning Fasting by St. Ignatius (Brianchaninov)
Thoughts upon Fast by Fr. Serapheim Starkoff
Why do We Fast? by Fr. Paul Coats
The Fast: Ten Beneficial and Ten Harmful Things by Fr. Andrei Efanov
Fr. Alexander Iliashenko replies to your questions about fasting
Fasting for Non-Monastics by Fr. Sergei Sveshnikov 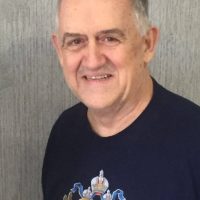 I am an American living in the small city of Luga, Russia in the Leningrad Oblast. I am married to Oksana, who was born in Tula, Russia and raised here in Luga. We have three children–Roman (17), Gabriel (9), and Marina Grace (3). I also have two grown sons by my first marriage, Russell and Joel, who live in America. Oksana and I lived in St. Petersburg for almost three years (2005-2008), before moving to America. We lived in America until June 2016 when we moved back to Russia. For most of my professional career I taught Koine Greek and New Testament in a University in the U.S. I took early retirement, but serve as the “English Consultant” for Erudite, a private English school in Luga. Oksana also teaches there. My e-mail contact is halfrmn@yahoo.com.

If someone like me who came from a devout Protestant background, gained ordination and degrees in that tradition, and then squandered it all, can end up Eastern Orthodox then I think anyone can. I ...