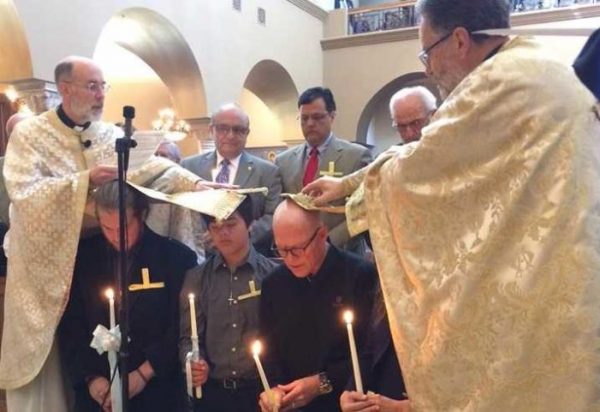 A photo had been circulating since Sunday of the 67-year-old Hanegraaff being received into Eastern Orthodoxy at Saint Nektarios Greek Orthodox Church in Charlotte, along with his wife and two of his children, prompting questions and online chatter. 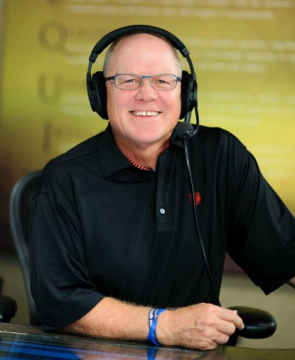 Hank Hanegraaff is president of the Christian Research Institute, and host of the national radio broadcast The Bible Answer Man.

On Monday, a listener to Hanegraaff’s radio broadcast called in to inquire if he had indeed converted to Orthodoxy. He advised that he has been attending Saint Nektarios for more than two years, but is just now becoming a member.

“I am now a member of an Orthodox church, but nothing has changed in my faith,” Hanegraaff said. “I have been attending an Orthodox church for a long time—for over two years, really, as a result of what happened when I went to China many years ago.”

He said that in witnessing the simplicity and passion of Chinese Christians, he was led to study Watchman Nee and theosis (a teaching of the Eastern Orthodox regarding union with God) and felt drawn to the days of the early Church.

“I saw Chinese Christians who were deeply in love with the Lord, and I learned that while they may not have had as much intellectual acumen or knowledge as I did, they had life,” Hanegraaff explained. “I was comparing my ability to communicate truth with their deep and abiding love for the Lord Jesus Christ.”

“One man … said to me, ‘Truth matters, but life matters more.’ In other words, it is not just knowing about Jesus Christ; it is experiencing the resurrected Christ,” he said. “As a result of that, I started studying what was communicated by the progeny of Watchman Nee with respect to theosis and that drove me back to the early Christian Church.”

Hanegraaff had interviewed Greek Orthodox priest Themistoclese Athony Adamopoulo on his radio broadcast last April, and discussed theosis on his show in March. On April 4th, a listener  asked why he seemed to have such an interest in Eastern Orthodoxy.

Some applauded the news, including blogger John Sanidopoulos of the Mystagogy Resource Center.

“I had heard Hank had been a catechumen for some time, which surprised me, but when his chrismation has been confirmed for me … I was even more astounded. It was something I had always hoped for him, but never really expected,” he wrote on Sunday.

But others are concerned about the development as they believe that the Orthodox are not really orthodox in doctrine.

“The Orthodox Church is a false expression of Christianity, much like the Roman Catholic Church, that is highly driven by graven images and denies the biblical doctrine of salvation by grace alone through faith alone, and instead, trusts in meritorious works and a sacramental system for salvation,” wrote Jeff Maples of Pulpit and Pen on Monday.

Ken Ham of Answers in Genesis had expressed worriment about Hanegraaff in 2003, after the author and speaker seemingly denied that the serpent in the Garden of Eden was literal, and suggested that the Leviathan in Job was simply a “metaphysical reality.”

“Eve was not deceived by a talking snake. Rather, Moses used the symbol of a snake to communicate the wiles of the Evil One who deceived Eve through mind-to-mind communication,” Hanegraaff wrote.

Hanegraaff is known for his books “Counterfeit Revival,” “The Authentic Christian Life,” “The Apocalypse Code,” “The Farce of Evolution” and “The Creation Answer Book.”