How Do We Know the Bible Is Telling the Truth? 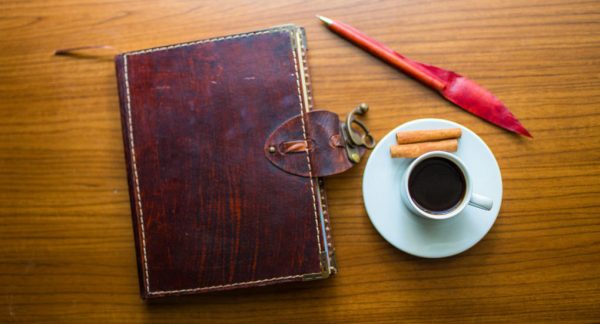 We can feel the truth of our faith, but we cannot always explain or prove it to a non-believer, especially to someone who gets irritated by our worldview for some reason. Reasonable questions of an atheist can puzzle even the most sincere Christian believer.

Our regular author, Sergei Khudiev, spoke on what and how to reply to common atheists’ arguments in a project called “Dialogue with Atheists: Orthodox Arguments”.

Today we will start talking about the Bible, a book which Christians call the word of God and which generates many questions from non-believers.

How can one call the Bible the “word of God” if it was obviously written by people?

Certainly, people have written the Bible! Who else? One of the problems that a modern reader has with the perception of the Bible is the idea that the word of God has to be something like an alien artefact that has fallen from the sky in a completely finished form that preaches without people’s help.

Naturally, the Bible does not correspond to this concept, and it should not. God addresses people in human language and within human history, because God’s goal is precisely to save people. And He, of course, does not drop the finished text from the sky.

He acts in a totally different way. He chooses a group of people, a nation, a community, with which He establishes a strong relationship, which the Bible calles the “testament”. Through this community, God addresses the whole world.

The Old Testament – the part of the Bible that describes the events that took place before the coming of Our Lord Jesus Christ – tells how God chose Abraham, a man who trusted in Him and followed Him. The descendants of Abraham became the chosen people of God, who were called to renounce all false pagan gods and to be faithful to the one true God.

Throughout the centuries of the Old Testament history, God sent prophets to His people, who revealed His will, denounced the sins of the people and showed it the path to salvation. The prophets foretold the coming of the Messiah, the Savior, who would deliver people from evil and sin and would mark the beginning of a new, messianic era.

What we call the Holy Scriptures of the Old Testament was formed within this people. It was a long and complex process, in which many people took part. Sometimes God of the Bible interfered in the history in a clear and miraculous way, as for example, in the story of Exodus. In human history God’s providence is always and relentlessly present, which directs all its events towards the goals that He has established.

God inspired the human authors of the Holy Scriptures in a special way and directed the entire process in order to tell His people and all the following generations the truths that are essential for our salvation.

Thus, the people, the community, are primary, with whom God made a testament and among whom He made the holy text.

After the coming of the Savior events develop in the same way: He does not give us the text. He creates the Church instead, a community of the faithful, headed by the apostles, whom He sends to the world with the mission to testify to Him: ‘Go ye therefore and teach all nations, baptizing them in the name of the Father and of the Son, and of the Holy Spirit, teaching them to observe all things whatsoever I have commanded you; and lo, I am with you always, even unto the end of the world. Amen’ (Matthew 28: 19,20).

The collection of texts written by the apostles or describing the apostles’ testimonies is formed inside of the Church, they constitute the New Testament.

God talks to us, first of all, through the community of the faithful: the Church Christ speaks about: ‘I will build my Church, and the gates of hell shall not prevail against it’ (Matthew 16:18). The Bible originates within this community, and, of course, is written by the people chosen by God, inspired and directed by Him in a special way, in order to appeal to the rest of the world through them.

Why is there no hint of modern scientific knowledge in the Bible, if it is inspired by the Omniscient God? For example, why aren’t dinosaurs mentioned in the Bible?

Because it is not a goal of the Bible. As C.S. Lewis says, the most important thing for understanding any object — from a corkscrew to a cathedral — is to understand what it was meant for. The Bible is not a universal encyclopedia of knowledge – you will not find, for example, recipes for dumplings or manuals on C programming there. The purpose of the Bible is not to communicate natural science knowledge to us.

Apostle John formulated its purpose at the end of his Gospel: ‘But these are written so that you may believe that Jesus is the Christ, the Son of God, and that by believing you may have life through His name’ (John 20:31). The main content of the Bible is Jesus Christ, God, who became human for our salvation, and its goal is to lead us to a saving relationship with God through Jesus Christ. The entire content of the Holy Scriptures conforms to this goal: the Old Testament describes how God prepares the coming of the Savior, the New one is about the saving acts of Christ and the first steps of the Church He created.

Covering issues not related to our eternal salvation — such as, for example, the question of dinosaurs — is simply not part of the task of Biblical revelation.

Why does not the Bible correspond to the modern scientific picture of the world? Didn’t God know about the world created by Him what scientists know now?

For a variety of reasons, let us begin with the simplest one – which scientific picture of the world should the Scripture correspond to? After all, this picture is constantly changing.

At the beginning of the twentieth century, it was considered to be a serious argument against the Bible that the Bible proclaimed the unity of the human race that fell in Adam and redeemed in Christ, which was contrary to the “scientific” racism of that era.

At about the same time, in the 20s of the twentieth century, conservative Christians (for example, G. K. Chesterton), for religious and moral reasons, objected to eugenics, the scientific concept (and practice) of the time, according to which such scourges as vagrancy, alcoholism and crime can be eradicated by sterilizing people with ‘bad heredity’. Now both racial theory and eugenics are rejected by modern science – in the end, religious obscurants turned out to be right – but at that time they were considered completely scientific.

The idea of ​​the eternity of the universe was also considered scientific – and many scientists were totally opposed to the big bang theory put forward by the Belgian priest Georges Lemetre, precisely because it assumed the beginning of the universe in time and hinted at the Divine creation. Now this theory is generally accepted.

It is absolutely normal for science that its picture of the world is constantly changing and perceptions that were considered to be definitely scientific a hundred years ago (such as racism) are perceived today as extremely indecent pseudo science.

The ideas about the natural world that we find in the Bible correspond to the era in which the corresponding texts were created. And this is quite natural; the purpose of the Revelation was then not (and is not now) the correction of the ideas about the natural world that people maintained, since, as we have already noted, this is unimportant from the point of view of eternal salvation.