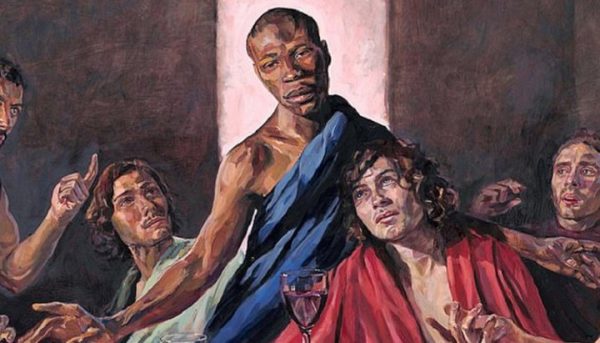 The Russian Church has responded to the Archbishop of Canterbury of the Anglican Church, who proposed the reconsideration of the depiction of Jesus after Floyd’s assassination in America.

The depiction of a “black Jesus” contradicts church canons, Archpriest Leonid Kalinin, chairman of the Expert Council for Church Art of the Russian Orthodox Church, said.

According to Sputnik, the Russian hierarch commented on a similar image portraying Jesus as black at the Last Supper, which is a sign of solidarity with the Black Lives Matter movement. This piece is called “Last Supper” and falsifies the famous masterpiece of Leonardo da Vinci, replacing Jesus with an African-American.

“Christ wasn’t really African-American, was he? This is an image of another person. Obviously, for the sake of the political situation, they are trying to show in this paradoxical and inappropriate way their support for African Americans,” Kalinin said, adding that “You can portray anyone and anything else, but you cannot call him Jesus Christ.”