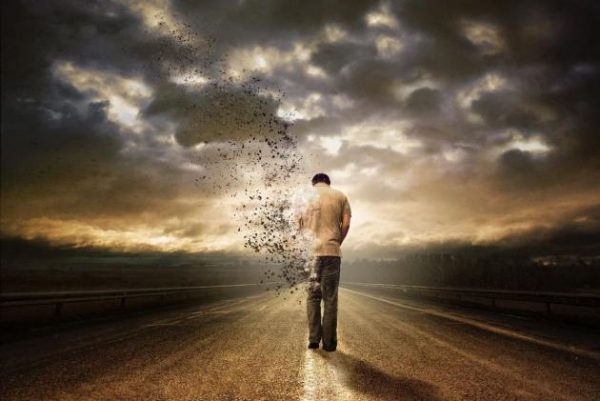 In the Gospel of Luke, Christ’s Sermon on the Mount is a little shorter than in the Gospel of Matthew. But on the other hand, the Apostle described the same number of “commandments of misery” against the four Beatitudes. In contrast, it is easier to understand what really makes a person happy and allows him/her to become like God, and what harms and deprives one of the fullness of eternal life.

When we hear Christ’s words “Blessed are you who are poor, for yours is the kingdom of God” (Luke 6:20), we may have conflicting feelings. The simplest interpretation that has come to mind at all times is the Savior’s exaltation of literally poverty. And there is something in this: both Christ Himself and His closest apostles were not rich, moreover, they gave up everything and followed Him. But this commandment is not about poverty or wealth, but about a person’s state. Does he or she need God? If the answer is yes, then they are on the path to bliss. Without an inner hunger for God, it is impossible to get to the Kingdom of Heaven. The state of loneliness, the lack of spiritual air, and the search for another reality testify to the fact that a person, whoever he/she is, feels uncomfortable in this world. Spiritual poverty is the feeling that we absolutely miss God, and feel that without Him there is no happiness in life.

But “the rich”, to whom Christ promises misery, are self-confident and arrogant egoists, who are convinced that they have everything and have settled down quite successfully in life. The Savior did not call these people rich for nothing. Material wealth and especially abundance create a false sense of certanty in their self-sufficiency and exclusivity. Indeed, it is easy to fall into this trap: many things can be bought with money and many things can be sold. But you should not deceive yourself, because all people have the same end. But at this end, not monetary, but spiritual capital will be evaluated. And the question is, who has gathered what in his or her life.

“Blessed are you who hunger now, for you will be satisfied” (Luke 6:21). In this sentence, the Savior’s thought continues, as in the antagonistic commandment about the satiated. The hungry no longer simply want to find God, but like a hungry person whose reflexes are activated, they actively seek food. Prayer, the Word of God, spiritual literature, conversations with fellow believers, participation in the sacraments and in the most important of them – the Eucharist – these are the heavenly bread that a hungry Christian cannot be satisfied with. In contrast, people attached to the world, who are looking for entertainment and fun, including in religious movements, modern cults and philosophies, think they have already seen everything. Spiritual life, or rather its simulacrum, is nothing more than just another fun game for them. They treat everything from the perspective of consumers, not benefactors. It is not surprising that a superficial view and a short-term hobby are enough for them to lose interest in religion as well. The satiated are confident that they have everything. This is a great mistake. Hunger for God is insatiable in earthly life. But in the Kingdom of God, everything will change.

As in the case of the poor in spirit, Christ’s phrase “Blessed are you who weep now, for you shall laugh” (Luke 6:21) may also raise questions at first. Well, what kind of bliss is it to cry constantly? It is known that here we are talking about repentant weeping, which is not always accompanied by tears. Contrition of the heart is a bitter admission of your sin or a spiritual blunder. Sincerely confessing to God and to themselves that a person has committed evil, great or small, they get purified, receive forgiveness and change their way of thinking. Repentance is cleansing a person of negativity. In this case, everything falls into place. In order to achieve happiness, you need to cleanse yourself of everything that brought unhappiness. Therefore, the repentant sinner weeps for insulting God and driving Him away, Who is the true source of happiness, and for having deprived themselves of this happiness by their sin. It all fits together.

Well, the same “rich” and “full” people, of course, are happy with their self-sufficiency and feel they are well. They smile, seem successful and joyful. But, you must admit, that something feels forced in the expressions of such lucky positivists. Their good mood might feel like a burden to those around them. Yes, they simply convinced themselves that they feel so well. In fact, they just accepted the sin within themselves. They seem positive, but we do not feel the same when we are around them. It is because this joy is artificial. Genuine joy always spreads to everyone around.

It is not surprising that the collision of two spirits, the spirit of God and the one of the world, will necessarily result in opposition, because they are diametrically opposed. Christ was crucified, the apostles and the first Christians were persecuted, and throughout history, for their faith in the Crucified Lord, people were persecuted both on a large scale and on an everyday level with satanic violence. But this is good, according to the Savior, because we are on the right path and we will definitely receive a reward in Heaven for that. This reward is that absolute happiness that will last forever in a world without disease, sorrow and lamentations.