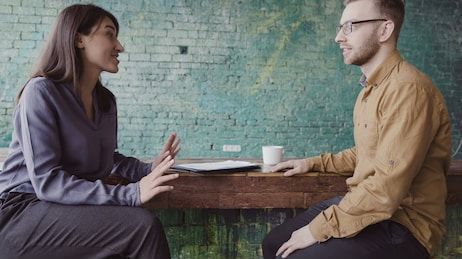 Yesterday I received an email from a priest in Australia, who said he is reading my new book, Welcome to the Orthodox Church. He likes it, but notes that it is aimed at people already familiar with Christianity. In his case, he said, he is dealing with two generations of nonbelievers.

He said something next that I’m not sure I agree with. He said that he thinks in the future we will need to be like John Wesley, who went out directly to the people, preaching in towns and fields to preach.  But, he said, we’ll need to reach them in different ways, through the internet or mass media.

I have really been thinking about that lately. We Christians have spent decades thinking we should communicate the faith and evangelize using mass media, entertainment, and the internet. But I think that doesn’t work. It hasn’t worked so far.

1. There is simply too much noise in the air. We don’t reach the people who need the good news, but end up talking only to each other, and likely arguing with each other. Nothing sells on-line like controversy. Websites love to stir up controversy, disagreement, undermining unity among believers and everyone else. All that counts is the number of clicks.

2. The people we reach assume that anything that comes through mass media or the internet is to some degree phony. Such products are, at least, “curated.” It is polished and unreal.

3. What’s more, once you say the name “Jesus,” nonbelievers turn away or even become hostile. Christians are more than merely “unpopular,” in this culture; and we are tolerated and listened to, when we provide general-audience internet or mass media content, only as long as we don’t bring up our faith. Alternatively, we can be used as foils by publications who want to stir up controversy, and dig up angry loudmouthed Christians to represent all of us.

4. I have seen so much effort to produce publications, books, music, movies, and so on that can stand in the public square as quality material, and attract unbelievers. But look back at # 3; that only works as long as the material does not point to Christian faith. Once the mask slips and they realize we have been trying all along to bring them to Christ, they get angry. They feel duped.

And even a big hit, gaining widespread attention, doesn’t necessarily lead to faith. No Christian-themed movie could gain more attention than “The Passion of the Christ” (Mel Gibson’s 2004 film). But can we really see any long-term effects? How about the success of “The Lord of the Rings”? People enjoyed it immensely, but did it make them want to go to church?

5. And finally, the idea that we can craft arguments to defeat the anti-Christians and professional atheists. Online sparring about faith does not lead to faith; it’s just showing off. It increases in the other person a desire to show off. It tends to harden him, rather than persuade him. If you read a debate between a believer and an atheist, and the atheist did brilliantly whole the Christian was incompetent, it wouldn’t convince you to be an atheist. It would just make you determined to win next time. The closer we get to “winning” debates, the more the opposition is antagonized. Not converted.

So my conclusion is:

That’s going to mean widespread repentance—personal repentance, as we get our lives in line with what we profess. It will also mean lots of prayer; for most Christians, I suspect, a good bit more daily prayer than they are offering at this time. We need to hem the edges of the day with prayer, and make the constant presence of the Lord our yearning and our goal.

And when that’s in line, we will find the moments of grace opening up, where we can speak of our faith to one person at a time. But our lives sure had better back up what we say. On the Internet, you can hide behind clever public statements, but not face to face. The witness of our lives is going to be what matters.

Now by this I don’t mean embracing the common line that “I don’t need to say anything about my faith, because I am going to become so peaceful [choose your adjective] that people will ask what’s my secret.” I’ve heard that called “evangelism by narcissism.” We can’t treat spirituality as if it were a self-beautification project, designed to make us irresistible. Spirituality is supposed to make us Christ’s. To make it a tool of vanity is the way to madness, literal (so the Orthodox would say).

So I don’t mean becoming “spiritual” but becoming humble, humbling ourselves the way our Lord did (Phil. 2). Becoming less clever, more simple. Becoming more loving. Putting the neighbor first. Not trying to impress him, or defeat him in a debate about faith. But everyone wants to be loved. Approach everyone you meet as someone whom Christ knows, and Christ loves, and who needs to know Christ and return that love. Decide that you are going to be a servant, because the Lord gives his servants instruction.

I believe that, when we change our focus like that, and really begin to put it into practice, we will be accompanied by miracles. That’s what happened for the outnumbered, despised Christians in the first century, and in so many lands and centuries since. Miracles are not the point of Christian faith, but they do get people’s attention.

We will encounter a great deal of rejection; that’s a given. We don’t have to get hysterical about bloody persecution, but we are going to experience mockery, contempt, and loss. If they crucified him, why should they spare us? They crucified him, and then they mocked those who worshiped a crucified God. Even the image of this crucified God enraged them; even upon the image that reveals the immensity of his love, they scratched his eyes out. 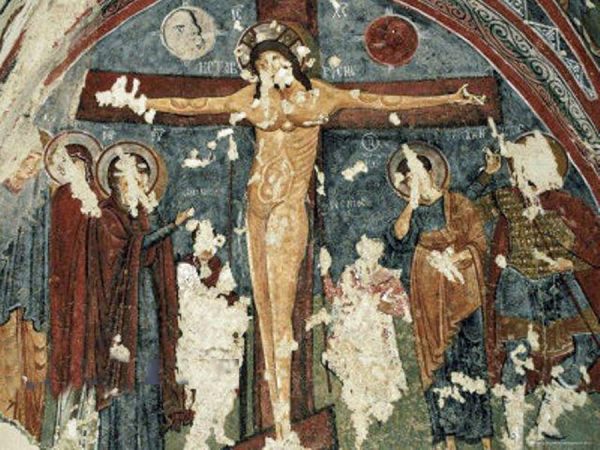 And yet we must love them as much as he did. And some of them will love him too.

I’ll close with a passage I wrote some years ago:

Picture the face of a clock, as if it represented the flow of history. At high noon let’s place a time that was very friendly to Christians, say the 1950s. At the bottom of the dial, at 6:00, let’s put a time when Christians were persecuted and killed for their faith, the days of the early martyrs.

But, when you think about it, which was the bad time? Christians suffered a great deal during the early persecutions, but rose to great heights in their faith. Their self-sacrifice was a direct cause of the rise and spreading of the faith. As Tertullian said, “The blood of the martyrs is the seed of the church,” and we are still moved to the heart by their stories.

On the other hand, the fifties saw a lot of perfunctory, bland, nominal Christianity. A placid kind of faith was taken for granted, and that was actually an impediment for people who wanted to live a more challenging faith. As the sociologists tell us, an organization that demands little is weak, while a high-demand organization is strong. And the fifties couldn’t have been such a perfect time to raise kids; look what happened when those same kids hit the sixties.

History will continue to roll around and around that dial, and we’ll never have any control over where on it we’re appointed to live. But at all times God is at the center. He is always completely available, to every Christian of every age, not even a whisper away. So don’t be troubled either at the lack of cultural affirmation or the lack of outright persecution; God has placed us in the time that he thinks we can endure.

[Ancient Faith Radio; December 10, 2008] Not too long ago, someone mailed me a copy of an article…