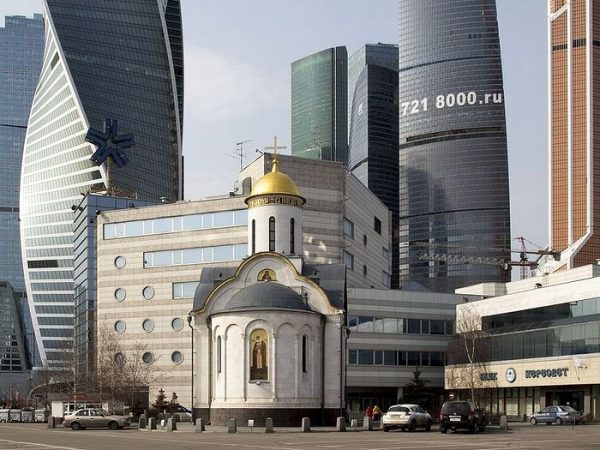 Someone once emailed me to ask me about evangelism in Orthodoxy. I wanted to share my reply, because it’s worth discussing.

After my husband’s and my chrismation, I was frustrated to see that most Orthodox “evangelism” seemed to be aimed at evangelicals. I asked why that was, and they told me that there were so many inquiries from evangelicals that they had to scramble to meet the need.

I thought, “Well, I’m not going to do that.” I decided that I would write for non-believers–for the kind of literate, savvy, New-Yorker-reading kind of person I was, before I came to Christ. So I wrote Facing East and At the Corner of East and Now in that literary way, and then was so surprised that the books were bought mostly by evangelicals and people who were already Orthodox. Why wasn’t I reaching the people I was aiming for?

Gradually I realized that the problem was that the traditional, socially- and theologically-conservative beliefs of the Church that made that audience dismiss it from consideration. Due to our very long history of consistent teachings about sexuality, and about the exclusivity of Christ for salvation, anything else in the book’s quality that might appeal was preemptively dismissed. The particular audience I sought was going to turn away no matter what I said, due to concerns about respectability and peer approval. That was a big heartache for me, for a long time.

But all that time, thirty years now, a sizable flow of converts from other churches, mostly Protestant, has continued. My hunch is that this is going to increase greatly over the next 20 years or so, as hostility to Christians grows. More and more people will be looking for a Church that has roots that are more than a few hundred years old, and has thrived in cultures other than Europe and America, a Church that has been strengthened by enduring repression.

I received an email from someone who made a point that surprised me. She recounted a terrible event in her family, and then said that her “rational, logical” faith had turned out to be useless before such evil. She said that, to cope with outrage and suffering, she needed a church “with serious GRIT to it,” one that puts up “lots of icons of martyrs.”

I think there’s going to be a lot more of that, as Christians are penalized for their beliefs on sexuality, and blocked out of the top professions. Even if you’re able to go to medical school or law school, what if your unacceptable opinions mean that you can’t get licensed to practice?

Christians may wind up on the bottom of society, holding the humblest, non-intellectual jobs–waiting tables, fixing plumbing, cleaning houses. Well, maybe God thinks that’s where we need to be. Christians have thrived in that role in the past. Coptic Orthodox in Egypt do all the garbage collection; a journalist said that the smell of their village was overwhelming. Can we endure that kind of shame? Without a doubt, conditions that force us to focus on our faith, and not ourselves, bring more out of us than comfortable conditions do.

So how would evangelism happen in such times? It seems to me that it can’t be in any “broadcast” way, like making big movies or running news sites that come from a Christian perspective. It’s going to be one-to-one. So I have been encouraging people to be ready to tell their stories, stories of God’s intervention in their lives. Even if it’s not some a big miracle story—maybe just that once you were sad or scared, and you felt God draw near and comfort you. Everybody has at least one of those first-person stories. Identify what your story is and practice telling it to friends—and be ready, when the right time comes, to tell it to an unbeliever.

I recommend this because of all the hunger these days for the supernatural–ghost tours, haunted houses, paranormal research. It reveals how hungry people are for evidence that there really is something more than this material world. When we tell our stories, about how God has cared for us, we can address that hunger and draw it toward the light.

There’s a poignant story in 2 Kings 10 about little Hebrew girl who was captured in a raid and taken far from her parents and from everyone she loved, never to return. This little girl would spend her whole life as a slave in a foreign land, in the midst of people whose ways and language she couldn’t understand.

The story goes that she became a servant to the wife of Naaman the Syrian, a high ranking commander in the army. Naaman had leprosy, and one day the little girl said to his wife, “If only my master could see the prophet in Samaria. He could cure his leprosy.”

This girl has just that one line in Scripture, and we never learn her name–that’s how lowly and insignificant she is. And yet God used her. Naaman went to Elisha and was healed, and said, “Now I know there is no God in all the world except in Israel.” We can picture him coming home and asking this little girl to tell him more about her God. He brought home two loads of earth so he could stand on it when he prayed. Picture him kneeling there with his wife and the little nameless girl.

My hunch is that, in the Christian-hostile future, most of our evangelism will be like that, conversations held one-on-one. God will arrange such moments for us; we just need to be ready, alert to recognize when it’s time to tell our stories, and to be prayerful for those around us. If the past is any patter, we should be prepared to see some miracles.

Here’s an analogy I’ve used many times. Picture the face of an old-fashioned clock, and think of it representing the flow of history. At high noon let’s put a time that was very friendly to Christians, say the 1950s. At the bottom of the dial, at 6:00, let’s put a time when Christians were persecuted and killed for their faith, like the days of the early martyrs.

When you think about it, though, which was the bad time? Christians suffered a great deal during the early persecutions, but also rose to great heights in offering their witness to the Lord. The Greek word “martyr” means witness. That self-sacrifice was a direct cause of the rise and spreading of the Christian faith. As Tertullian said, “The blood of the martyrs is the seed of the church.” We still tell the stories of the saints every day, and they continue to inspire us and confirm our faith in God.

On the other hand, the fifties saw a lot of perfunctory, bland, nominal Christianity. A placid kind of faith was taken for granted, and that’s actually an impediment for people who wanted to live a more dedicated life in Christ.  As the sociologists tell us, an organization that demands little is weak, while a high-demand organization is strong. In the fifties, it was easy and expected to be a Christian. We think of what a safe and innocent time it was for raising children, but it can’t have been all that ideal; look what happened when those same kids hit the sixties.

History will continue to roll around and around that dial, and we’ll never have any control over where we’re appointed to live. But at all times God is at the center. He is always completely available, to every Christian of every age, not even a whisper away. He has taken us and placed us in the time that is best for us, the time he thinks we can endure.

By doing faithfully what God calls us to do, we stand alongside those early martyrs, and all the rest of the “great cloud of witnesses” (Hebrews 12:1). Each of us will be given opportunities to be “evangelists” on a small scale, speaking to non-believers about our experiences of God’s presence, and why we continue to believe. Those one-on-one conversations can have a surprising effect, and even initiate a chain-reaction of conversions.

The idea of Orthodox “evangelism” has been adapting and changing in my lifetime, and will continue to do so. Our responsibility is to “be ready at all times to give a good account to anyone who asks you” (1 Peter 3:15), ready to bear witness to our risen Lord, and the everlasting glory of the Kingdom of God.

A Great Time to Join the Orthodox Church

On January 7, 2022, my friend Rod Dreher had a post on his American Conservative blog about the…