Can One Speak with the Dead and Ask for Their Help? 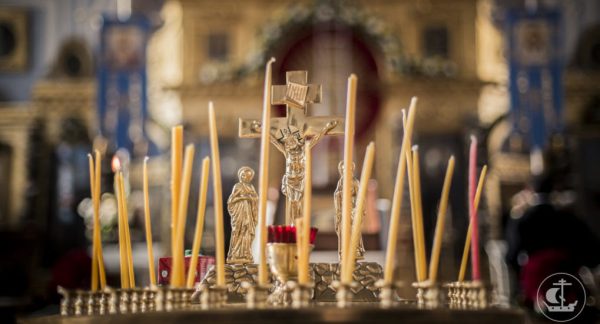 As almost to all questions concerning the afterlife, there can be no single answer. It is no coincidence that saint Anastasios of Sinai says that a person who is trying to find out the secrets of the afterlife by his weak mind will fall into the most terrible misconceptions, because it is not useful to him. God has revealed to us, says the saint, what is useful for us, and to the extent that is useful for us.

As for prayer, from ancient times it is a custom to pray to the departed Christians, or rather, ask them to pray to God. In ancient times, the Church distinguished very clearly a dead Christian from a dead non-Christian. A person who died, being connected with Christ, died as a member of the Church, although he is physically separated from his brothers and sisters, still through Christ he remains deeply connected with them! When we say on Easter that Christ “has trampled down death by death”, we are talking about the fact that He conquered our death, physical as well, but first of all He conquered death as the separation of soul and God. Therefore, he who dies in Christ, dying physically, does not die spiritually anymore, that is, he is not excommunicated from God and remains alive in Christ. And when the Church buried its dead, it felt that these people remained connected with the rest of the living members of the community.

In this vein, of course, one could ask the dead to pray as well.  We used to ask only saints to pray for us, but in ancient times we called all members of the Christian community saints, because they are a chosen generation, a holy generation: the apostle Paul writes, for example, to saints which are at Corinth, thus addressing all the Christians of Corinth. Therefore, people could ask all departed members of the community to pray for them. For example, in the catacombs there are inscriptions on tombstones in which people reach out to their departed relatives. On one of the tombstones in the ancient Roman catacombs of the 4th century Christian Pektorius asks to remember him whenever one looks at Christ. Moreover, it is clear that his relatives were ordinary Christians and died ordinary, they were not martyrs.

And in this sense, of course, communication with the dead is possible.

On the other hand, saint Anastasios of Sinai says that after death the soul loses its ability to express itself or to perceive something. That is, a person sees through his eyes, hears through his ears, speaks through his tongue and ligaments, and, accordingly, when all this die, the soul does not see, does not hear, does not speak, does not communicate. However, he further clarifies that souls who have passed into immortality, being enlightened by the Holy Spirit, are still able to see, and hear, and pray for others, and show their love. And those who are not enlightened by the Holy Spirit are in some feeling of guilt – and nothing more…

Often, talking with the departed person is a kind of mindset training for people, a psychological practice that helps one to calm down. The Church supports prayer for a departed person more than a “conversation” with him. Perhaps the only context in which such a conversation is possible is the context of prayers. For this, a person really needs to live a spiritual life – he must be a faithful member of the Church.

Is It an Orthodox Tradition to Place A Photograph of a Departed Loved One on the Wall?

Of course, you should not place a portrait in a beautiful corner (traditionally, the best and most important place in the Slavic home was the krasny ugol (“beautiful corner”), where the icons were kept) next to the icons. But we can feel completely free to place portraits of relatives elsewhere in the house – there should not be any superstitious fear: the deceased cannot do anything to us, they cannot bring good or bad luck to a person. The obvious benefit of such a portrait is a prayer memory: seeing a photograph of a relative, of a loved one, we will remember him and pray for him. It often happens that a person dies, fades out, and soon recedes from memory as well.

They Say: “The Deceased Has Become My Guardian Angel” Or “He Helps Me.” It Is Right?

There is not even a trace of ancestor worship – one who protects or keeps us safe–  in Christianity. This is characteristic of many pagan beliefs that are found today as well. In Christianity, there is respect for the ancestors, there is prayer for them, but of course, there is no concept that they protect the living. A deceased one can help with his prayers, as I’ve said, if he was a pious Christian, a faithful member of the Church. His love does not leave his loved ones, although he has already left this world. But, of course, a person does not become some kind of a guardian angel.

Some Believe That If an Infant Who Have Not Even Lived Dies, He May Return to The Family in The Next Child. Is It Acceptable to Think So?

The Church does not allow unequivocally any reincarnation. The baby who dies is with the Lord and, of course, it cannot return anywhere. So, this is a mistake.

7 Questions about Commemoration of the Departed

Is it possible to talk with deceased relatives? How to commemorate the departed at home? Is there any…

I Found Myself in a Working Group of Unbelieving Cynics. What Should I Do?

A reader, an IT specialist, wrote to Foma magazine to ask for advice on how to survive in…