Source: Premier
Tola Mbakwe | 16 September 2017
Around 500 Christian families have celebrated their long-awaited homecoming to Iraq's Nineveh Plains with ceremonies marking a fresh start in their old towns and villages.

According to Catholic humanitarian charity Aid to the Church in Need (ACN), people holding olive branches marched through the streets chanting hymns in Aramaic.

Protected by security personnel in armoured vehicles, the procession was headed by priests holding crucifixes. The celebration took place in Qaraqosh, the largest of Nineveh’s Christian towns.

A service took place at the Immaculate Conception Syriac Catholic Church which is in an area desecrated by ISIS militants. 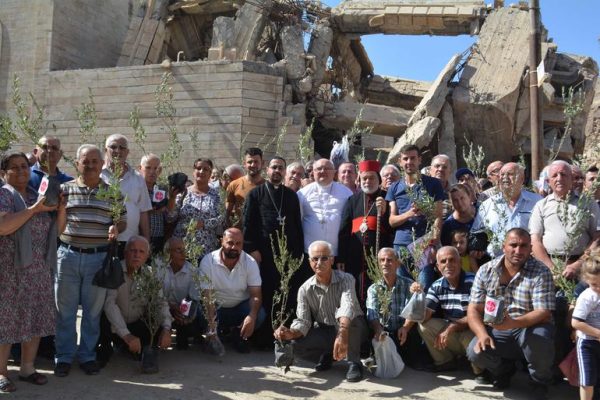 During the ceremony, ACN Middle East projects’ coordinator Fr Andrzej Halemba called on people to forgive those who had forced them out of their homes and attacked their towns and villages.

Fr Andrzej told the returnees: “Of course we cry when we see the violence that has been carried out but we should remove the anger in our hearts.

“There should be no hatred in our hearts. We should reconcile with our neighbour.”

Afterwards, Fr Andrzej gave each family olive trees symbolising the Christians returning to their roots, the communities where they have lived for centuries. 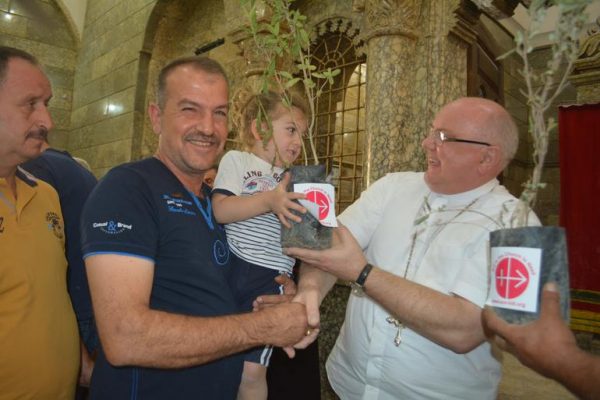 According to ACN, at least 2,00 families (10,000 people) are reported to have returned to Qaraqosh, with at least another 500 families (2,500 people) expected by the end of September.

The charity is repairing hundreds of homes in a number of Nineveh’s Christian-majority towns and villages, where widespread destruction was carried out during two years of ISIS occupation. The charity has also committed to repairing churches.

Syriac Orthodox Archbishop Timotheos Moussa Al Shamany of Bartella said: “This was a wonderful way to mark the start of our return to our homes – the land where we belong.”