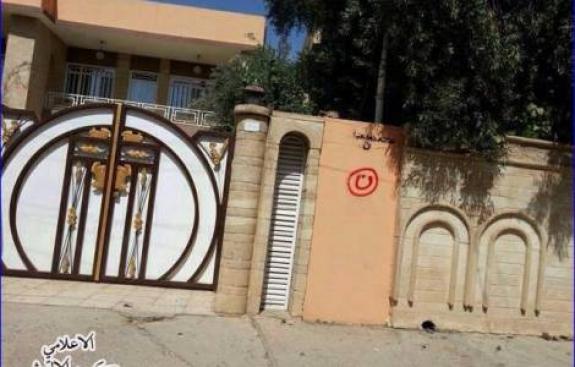 At least 350 homes belonging to Christians who fled IS/Daish have been illegally occupied by new residents, taking advantage of their absence and using false legal documents, which make their recovery very difficult. This was reported by an investigation by Iraqi television network al Sumaria.

According to government sources cited in the report, Iraqi authorities are aware of the property scams, and have instructed local authorities not to authorise transactions involving Christian properties without carefully verifying, beyond any doubt, that the sale of houses and land is really wanted and authorized by the legitimate owners.

The increase in controls have thwarted at least 50 attempts at false buying and selling of real estate belonging to Christians in recent months.

The phenomenon of illegal theft of real estate from Christian owners has taken place in Baghdad, Kirkuk and other areas of the country. It took hold thanks to the connivance of corrupt and dishonest officials, who put themselves at the service of individual impostors and organized groups of scammers.

The “legalized” theft of the properties of Christian families is closely linked to the mass exodus of Iraqi Christians, followed by US-led military interventions to overthrow the regime of Saddam Hussein. The scammers take possession of empty houses and buildings, counting on the easy prediction that none of the owners will return to claim their property.

Parliamentarians and Christian associations in the past have appealed several times to local administrative institutions, asking to stop the phenomenon of false certifications on which this type of fraud is based.

Patriarch Kirill: Faith in the Lord Gives Us the Ability to Distinguish Between Good and Evil

The first Orthodox prayer book in Portuguese ("Devocionário Ortodoxo") was published in Portugal, reports the website of the…

Following the announcement of Prince Philip's death on Friday morning, condolences have poured in from presidents, prime ministers, and other…

Can God Break A Promise?

Most viewed articles
Receiving Christ and satan234
Patriarch Kirill Sends His Condolences to Queen Elizabeth II over the Death of Her Husband135
Don’t Miss The Ladder123
Can God Break A Promise?64
Patriarch Kirill: Faith in the Lord Gives Us the Ability to Distinguish Between Good and Evil53
Metropolitan Hilarion: Faith is the Foundation of the Religious Life48
First Orthodox Prayer Book in Portuguese Published in Portugal44
The Transfiguration of Our Lord and Savior Jesus Christ2
Participating in God’s Vision1
devy-france-121
Most popular authors
Archpriest Michael Gillis234
Pravmir.com team230
Archpriest Geoffrey Korz123
Fr. James Guirguis64
Metropolitan Hilarion (Alfeyev)48
Priest Dustin Lyon1