Source: Pemptousia
The more that people are cleansed of the passions, the greater their capacity for real communion with God and other people.
Abbot Georgios Kapsanis of Gregoriou | 15 November 2019

Those who take a romantic and external view of the human person transfer wickedness from the person onto society, which is why they proclaim that any improvement in society will bring with it an improvement in people. But, without denying the importance of social effects on people, we Orthodox prioritize the transformation of the person through repentance and divine grace.

It’s a grave error to want to change society without first striving to change ourselves. It is, at the very least, naive to believe that a change in a few social institutions will also bring about a change in people even if they don’t repent. 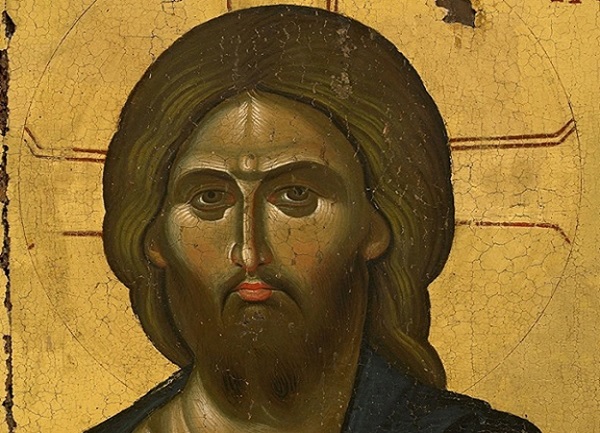 Sick people create sick societies and sick societies make sick people worse. Trying to solve social sicknesses without curing personal sickness is simply shifting the problem, it’s a refusal to accept our personal responsibility, an evasion of repentance, a surrender to our egotism, a reluctance to see ourselves as we really are. It’s important to remember that the Lord made personal repentance a condition of entry into His kingdom.

Nor should we ignore the work of the devil in the break-down of societies and of individual persons and in the general prevalence of evil. The humanist simplification of social problems denies the existence of the devil. In the Gospel and in Christian experience, however, the extent of the active involvement of the devil in personal and social situations is made clear, as is the need for a struggle against him and for the renunciation and exorcism of evil spirits. Recognizing spirits is a gift to certain priest monks and lay people, to be used to prevent Christians falling into the traps set for them by the evil one, when he appears in the guise of goodness.

We’ve emphasized the power of the anti-Eucharistic and anti-social forces not in order to demonstrate the impossibility of overcoming them, but to show that striving Christians need to take them into account. Christ defeated these forces and with His power and the support of Divine Grace, Christians can share in this victory.
***

It may be no coincidence that these two humanist systems (Capitalism and Communism) and their economic implications, have their origins in the heretic West and were preceded by the religious anthropocentrism of the ‘infallible’ Pope and the filioque. This should be borne in mind by the Orthodox and former Orthodox who recklessly discard our Orthodox tradition, usually out of ignorance, in favour of adherence to the Western systems.

The fact that non-Christian society is merely human deprives it of the possibility of bringing peace to people’s souls, because it leaves us unreconciled to our Heavenly Father, so there’s no focus to it. Let’s remember the words of Saint Augustine, which express the human experience: ‘You made us, Lord, for yourself, and our heart is always uneasy until it finds rest with you’[1].

The atheist social systems help us to find solutions to certain economic and social problems, but not to have a real and substantial relationship with God and other people. They don’t actually answer our existential questions, particularly that of death. People are settled very comfortably – in order to die. Even though these systems, particularly Marxism, are characterized by a strong, secular messianism, they don’t, in fact, ‘lead from death to life’ and so they create people who are tragic and without hope. Sometimes intense humanistic or entrepreneurial activity is the result of an attempt to forget our basic problem, that of death, and to deliver us from the anxiety, the vacuum and tedium that marks a life divorced from its source, the Triune God.

This is why, despite the best intentions of many noble people who have striven and sacrificed themselves for their ideals, these systems are fundamentally opposed to the human person. In the name of a better and more just society, they present an obstacle to our full communion with God, which, in the end, is the only thing which satisfies and completes our nature. They confine us to the restricted dimensions of a closed, mechanical, impersonal and material universe, which block out of the sight of Heaven. What meaning can life have, in truth, if we’re evolved animals and not images of God? If we’re condemned to die without any possibility of sharing in God’s eternal life?

Now a new generation is born with Jesus Christ as its spiritual founder. The purpose of this generation…

On the Spiritual Struggle

How can a faithful person be delivered from the old fallen person?