Christian Churches in Egypt under Worst Attack in Years 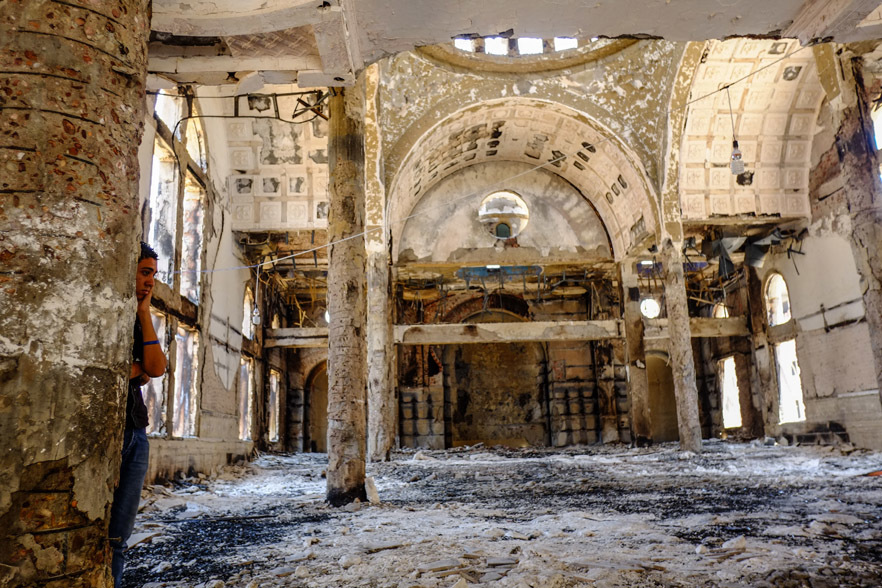 The interior of a burned and destroyed Coptic Christian church in Minya province, Egypt. Fifty places of worship were looted and torched in just three days following the dispersal of Muslim Brotherhood camps. 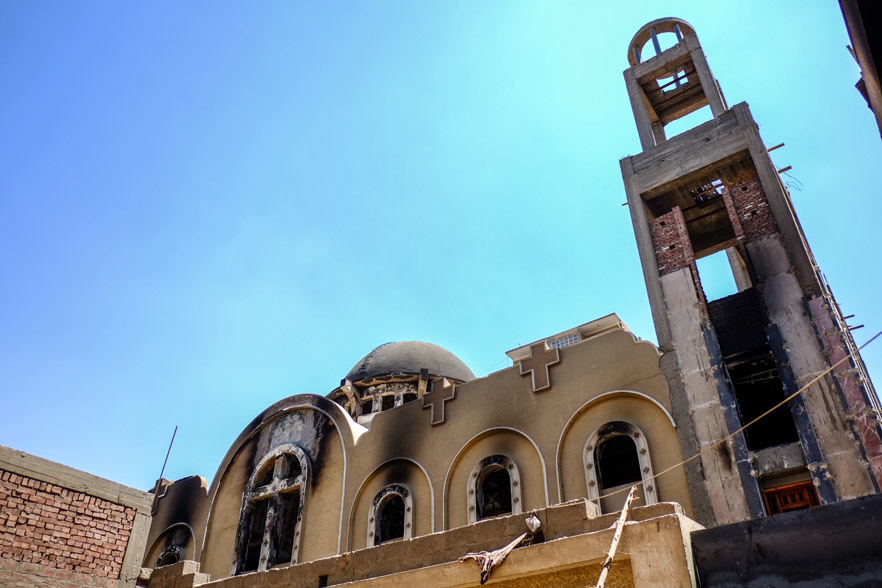 A burned and destroyed Coptic Christian church.  A total of 30 Orthodox Coptic churches, 14 Catholic churches and monasteries, and six Protestant prayer houses have been burned. 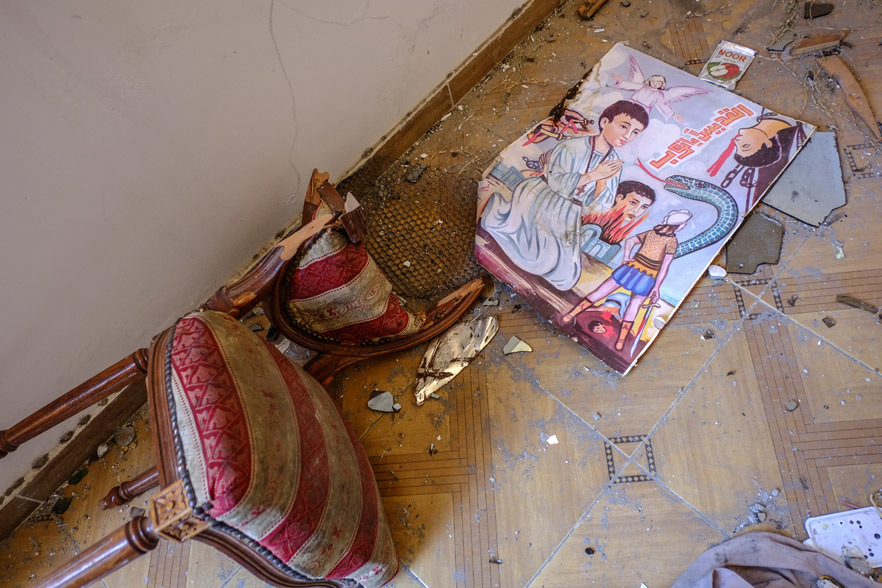 Inside a ravaged Coptic church in the Minya province.  Around 160 Christian-owned buildings have also been attacked. 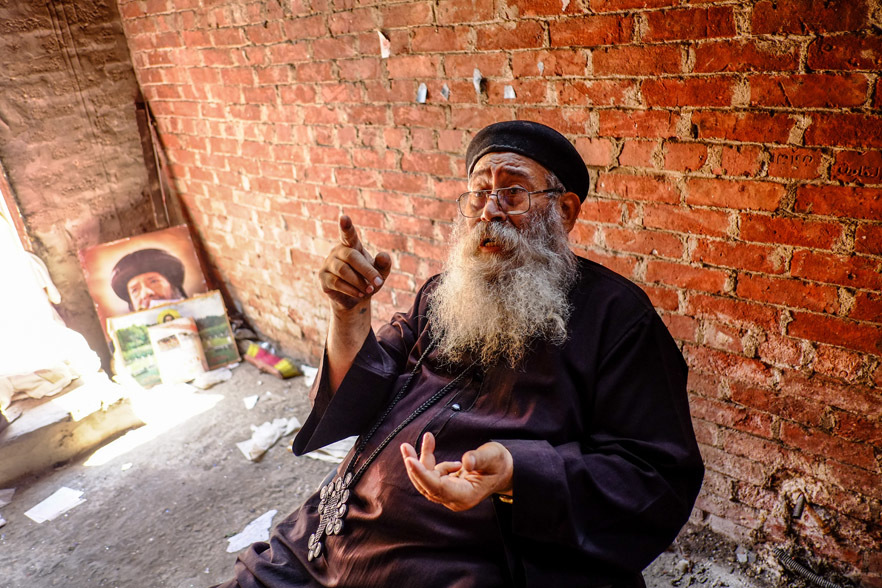 The priest of a burned and destroyed Coptic Christian church in Minya province, Egypt. 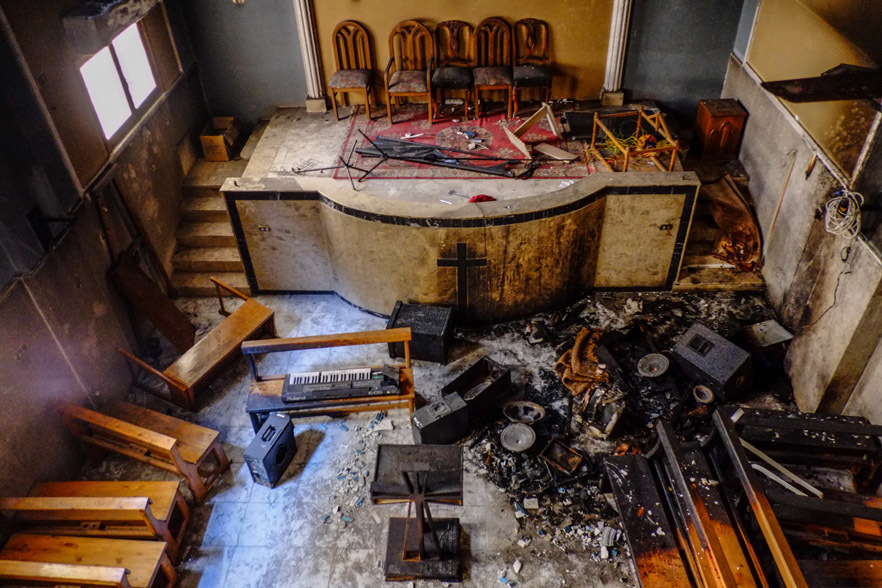 Locals say this this church was attacked by supporters of ousted president Mohamed Morsi.  Most of the attackers were young men who were chanting anti-Christian slogans, nearby residents said. 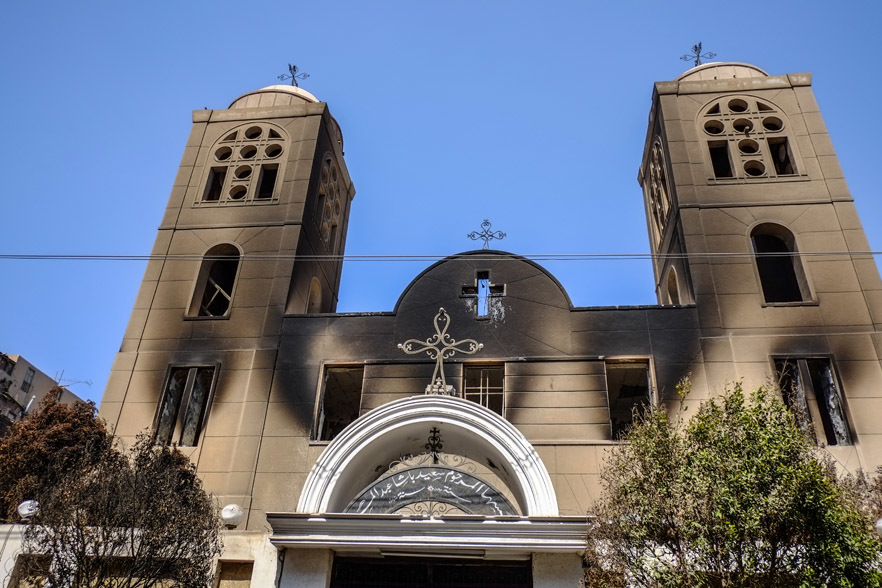 Amir Tadros church in Minya province was stormed and set on fire on August 14. 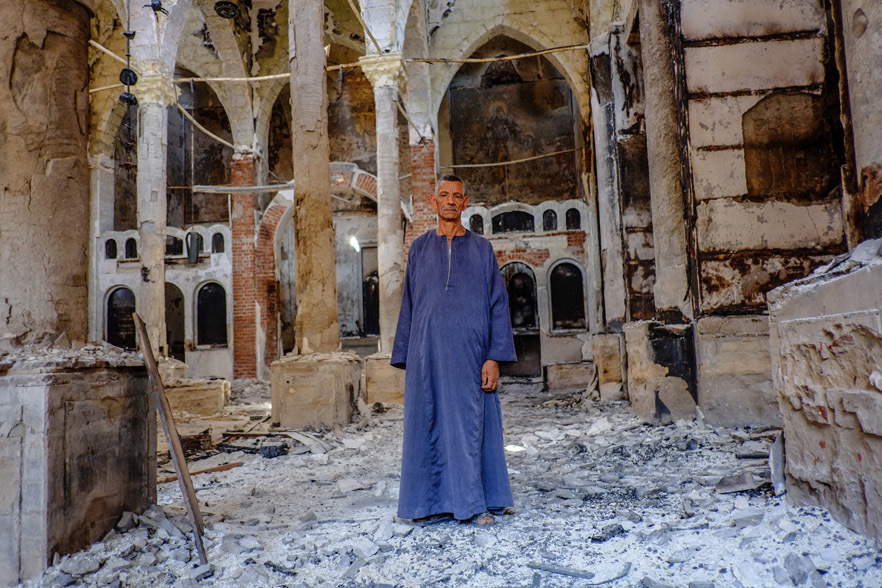 Churches in Minya province had to cancel Sunday Mass for the first time in 1,600 years. 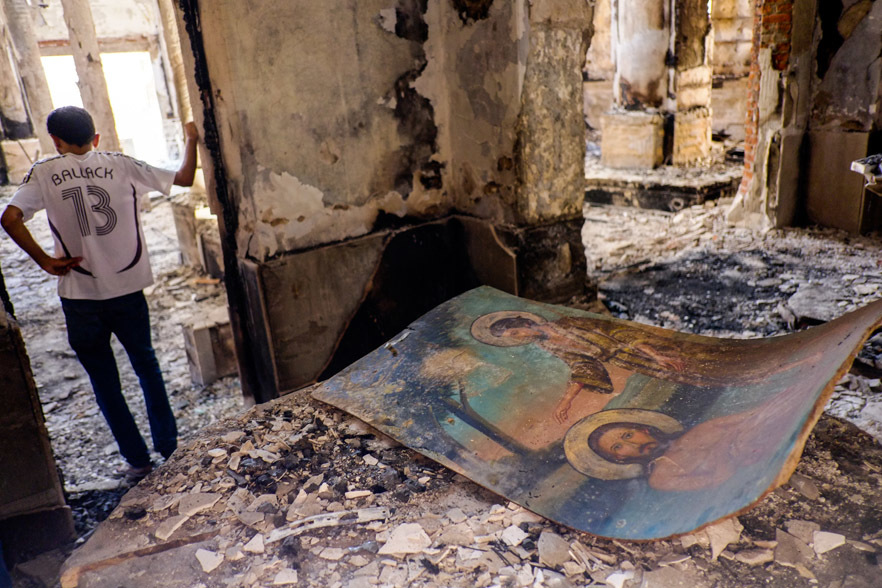 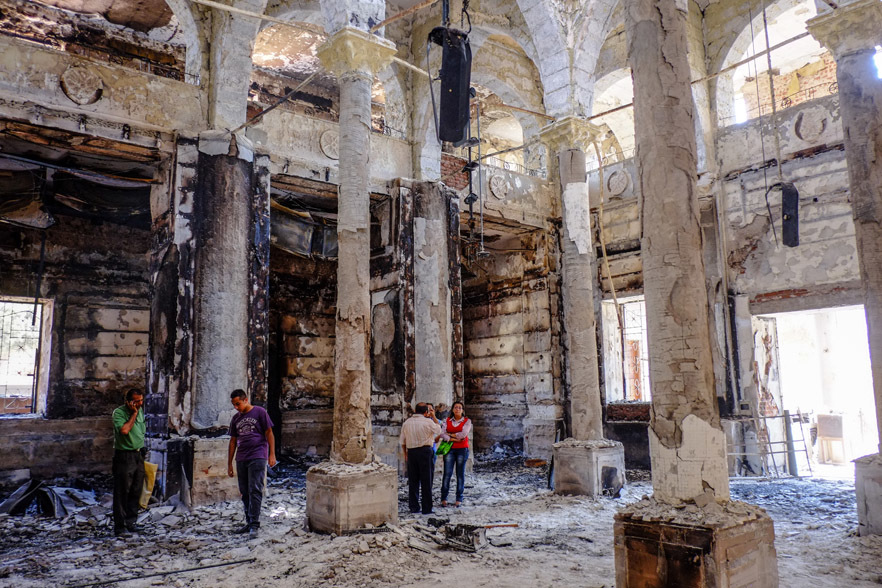 Coptic leaders blame the Muslim Brothehood for the attacks, adding that such a violent onslaught against Christians has never happened before in Egypt.