Permit to pray: Coptic Christians barred from church in Minya

Source: Mission Network News
Lyndsey Koh | 28 August 2017
Egypt (MNN) — Coptic Christians in the Egyptian village of Ezbat Al-Forn were kicked out of their church on August 20th by local police, according to local news outlets. The reason? Police say they didn’t have a license to use the private home they were meeting in for worship. 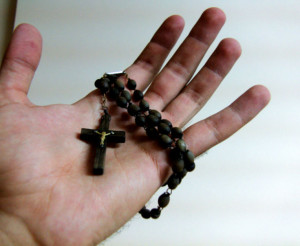 Miles Windsor of Middle East Concern shares, “It’s a village with around 400 Copts living there and they were stopped from holding Sunday mass and banned from the premises. They chanted, ‘Kyrie Eleison,’ which means, ‘Lord have mercy.’ As they were chanting, they were dispersed by force.”

However, the reason police gave for banning the church is problematic for several reasons, says Windsor. “First, the official police report says that the decision was [made] after complaints by a couple of Muslims. And in addition, Egyptian law requires no permit for religious meetings and indeed, Article 64 of Egypt’s Constitution guarantees freedom to practice religious rights and to establish places of worship, stating that freedom of belief is absolute.”

The village is in Egypt’s Minya Governorate, which has popped up frequently in the news for cases of Coptic Christian persecution. Minya has the highest concentration of Coptic believers in the country, and yet Copts have seen their homes attacked and burned, and their church trips and conferences threatened with violence. The bus massacre of Coptic Christians also took place in Minya.

“This isn’t an isolated case. This is something which we’ve seen in a number of communities, and I think at least 15 sites in Minya have been shut down, Christian worship sites. And we’re seeing that it’s a case where often it’s a result of local Muslims, local extremists putting pressure on [police] and saying they’re offended by the presence of Christians, and therefore the police take action to avoid confrontational conflict.”

These cases of church worship bans in Minya haven’t made many rumbles in news headlines, but the people of Egypt are starting to speak out.

“In quite a rare move, the Bishop-General of Minya, Anba Macarius, has gone public in his complaints about this and raised this very issue. He’s written public letters now in complaint about all this.”

Windsor says hopefully we will see a resolution as it gains public attention in Egypt and internationally. “This is something that [President Abdel Fattah] el-Sisi really needs to work hard to improve. I think there is a sense that there is a genuine desire from that level to improve the circumstances of Christians and enable a degree of security and freedom for Christians in Egypt, but this really needs addressing.”

Coptic Christians make up between 6-18 percent of the Egyptian population. Egypt’s government estimates there are around five million Coptic Christians in the country. However, the Coptic Orthodox Church says that number is closer to around 15-18 million. According to Open Doors’ World Watch List, Egypt is ranked as the 21st harshest country for persecution of Christians, with a “very high” persecution level.

And yet, Windsor reminds us, “God works and is more powerful than all those who are seeking to marginalize His people and marginalize the Gospel. So we can trust that and we can keep praying for our brothers and sisters there.”

On that note, here are a few things Windsor says we can be praying on for our Coptic Christian brothers and sisters:

“Be praying that in these situations, given the tension, given the frustration, that [our] brothers and sisters are strong, great witnesses in that difficulty. I think it’s a situation in which it would be very easy to respond in ways which aren’t necessarily helpful and don’t necessarily show good witness. So prayer for the witness of the Body of Christ there would be good,” says Windsor.

“I think as well, we can be praying that the freedom which is being sought for Christians at a higher level of Egyptian government would also filter down to the more local level. The reality is there is always likely to be opposition to Christianity, to Christians in places like Egypt, particularly from hardline Muslims. But we can be praying that the government seeks to protect and support the Christian community.” 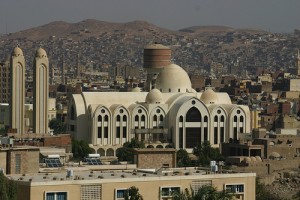 Most viewed articles
Seven Lessons for the New Year from St. Seraphim of Sarov207
The Perfectionist114
New Jersey Governor Signs Bill Legalizing Abortion Up To Moment of Birth91
The Way of Christ Is The Way of Love57
140th anniversary of repose of St Antipas the Athonite of Calapodești celebrated in Roman56
Metropolitan Hilarion Celebrates the 20th Anniversary of His Episcopal Consecration52
A Great Time to Join the Orthodox Church17
1
Sunday of the Samaritan Woman1
How We Worship: the Struggle of the American Experience1
Most popular authors
Priest Luke A. Veronis207
Protopresbyter Themistoklis Mourtzanos114
Ryan Foley91
Fr. Theodore Stylianopoulos57
Aurelian Iftimiu56
Pravmir.com team52
Frederica Matthewes-Green17